The streets of Ghaziabad had a unique visitor today. Congress party workers and supporters seemed enthusiastic and ready to welcome their star campaigner Priyanka Gandhi Vadra.

Priyanka’s roadshow is significant as the Congress supporters and party workers believe that her visit would bolster the prospects of their candidate and will also unite the party.

The road show organised in support of Dolly Sharma is no ordinary roadshow because until now Priyanka Gandhi is seen mostly canvassing only in seats which were occupied by her family members. This was the first time when she will be asking for votes for someone outside the family.

The route was finalised and hundreds of people could be seen on the road waiting eagerly to get the glimpse of their beloved politician. 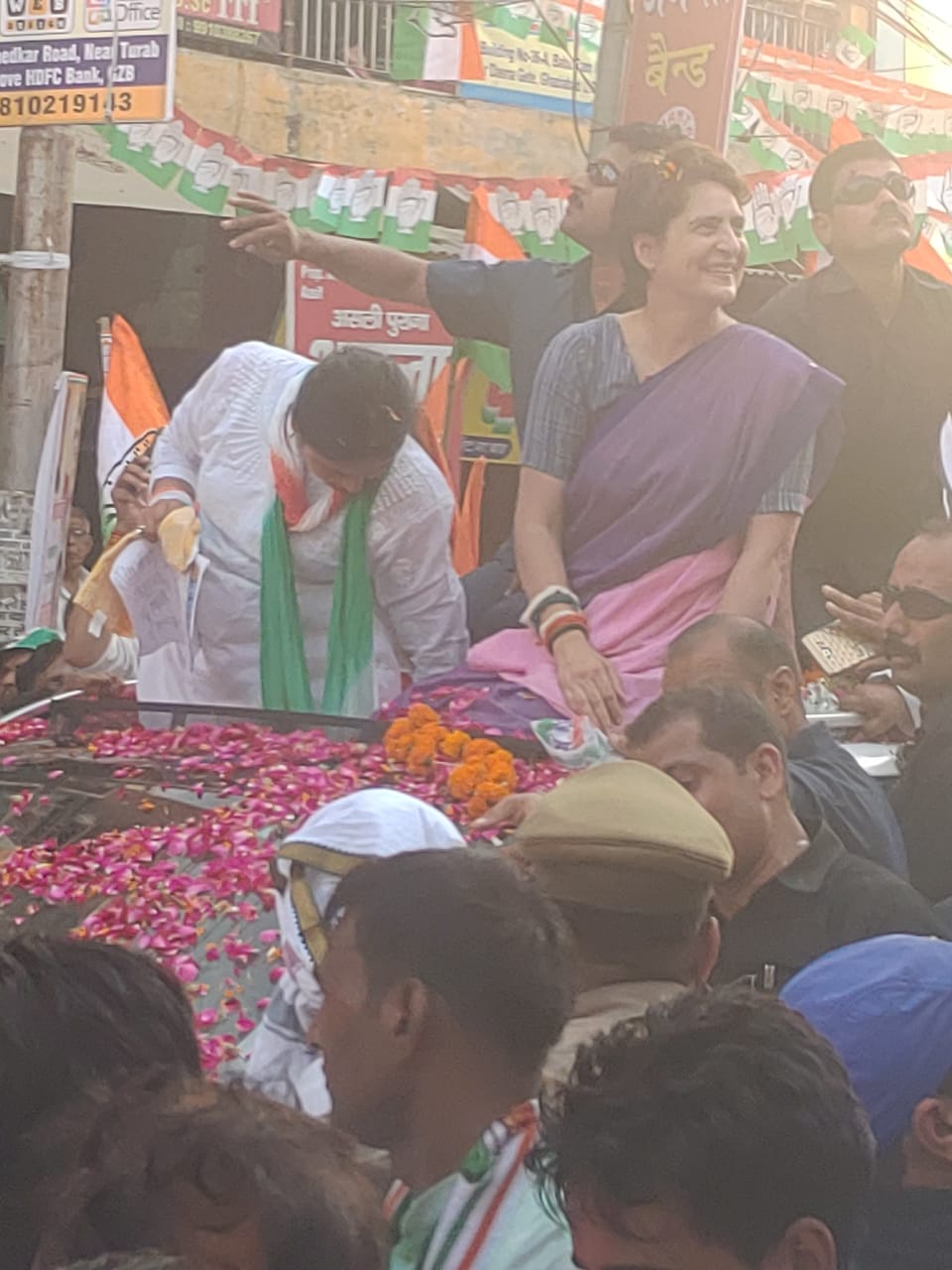 As the roadshow began from Ghanta Ghar, there was enthusiasm and energy in the air. Priyanka could be seen in a very simple purple saree, and the resemblance to her grandmother Indira Gandhi was uncanny.

Priyanka stayed true to her people’s-person persona and could be seen shaking hands with the public, she clicked selfies and tossed the garlands back to people. 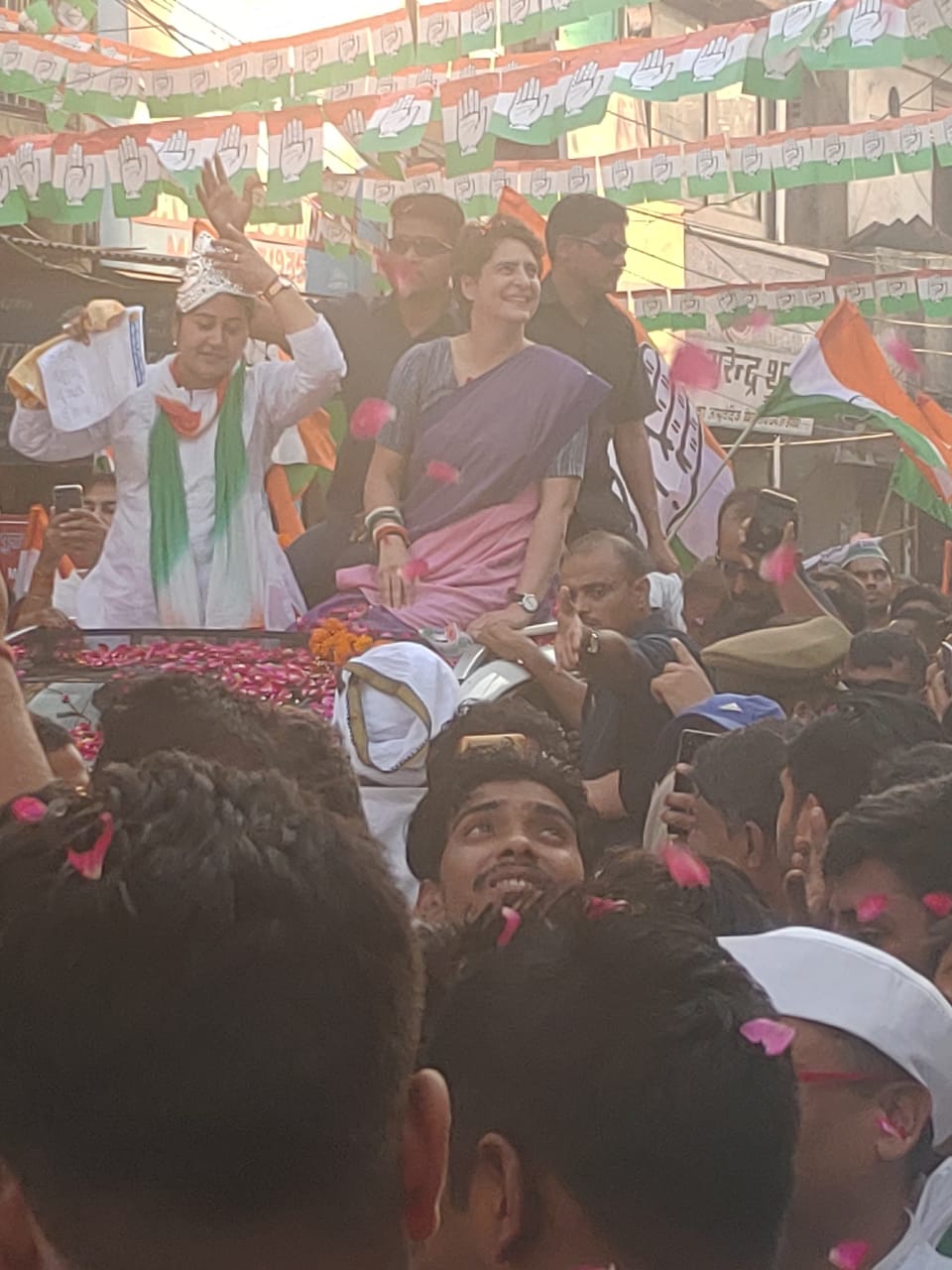 The roadshow moved to Ramte Ram Road, Maliwara and finally end at the campaign office on Ambedkar Road.

The decision came after the Bharatiya Janata Party fielded strongman VK Singh from its Ghaziabad seat.

(With inputs from Abheet Raghav and Shalu Balyan reporting on ground)