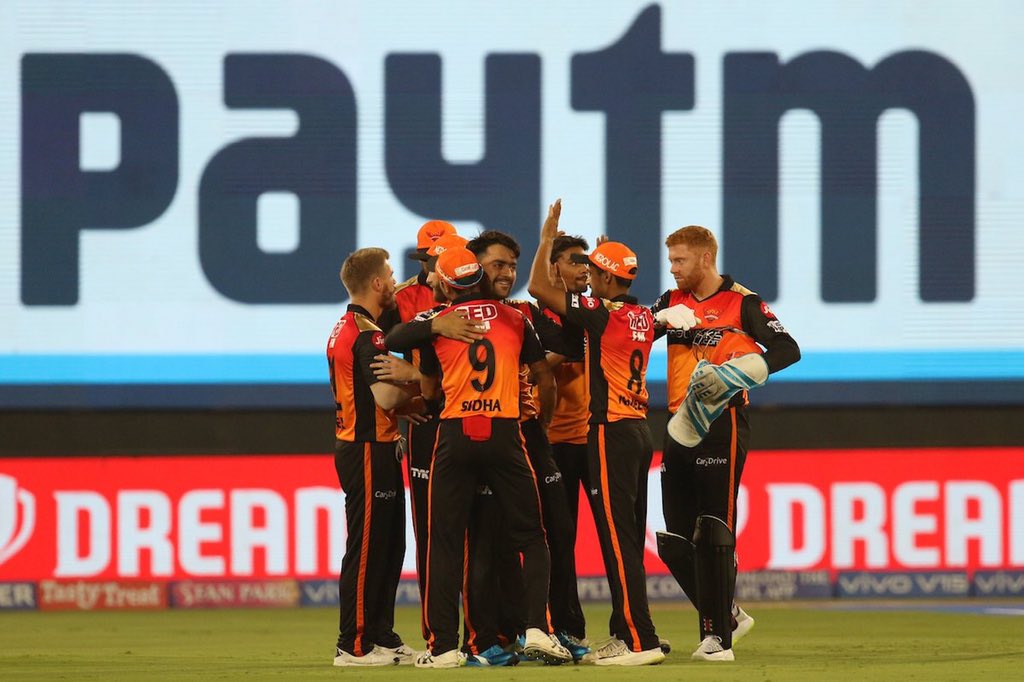 Chasing a target of 199, Hyderabad got off to a strong start as openers David Warner and Jonny Bairstow hammered Rajasthan with their 110-run stand.

Warner registered himself his half century before fast bowler Ben Stokes got a major breakthrough for Rajasthan as he dismissed the left-handed batsman, who smashed nine boundaries and two sixes in his 37-ball 69.

Hyderabad were still well-paced at 110 for the loss of one but leg-spinner Shreyas Gopal got hold of Bairstow and sent him back for 45.

Skipper Shane Williamson and Vijay Shankar in the middle took charge and joined quick 47 runs before they were dismissed in quick succession to bring Rajasthan in control. The Indian all-rounder added a brisk 15-ball 35, which saw three sixes and a boundary, while Williamson contributed 14 runs.

With their 34-run partnership, Yusuf Pathan (16*) and Rashid Khan (15*) took Hyderabad over the line with one over remaining.

Sanju Samson’s unbeaten 102 and 70 from skipper Ajinkya Rahane propelled RR to 198 for the loss of two wickets after they opted to set the target.

Rajasthan faced a minor hiccup as they lost opener Jos Buttler cheaply for five. The right hander exposed his stumps while attempting a sweep but leg-spinner Rashid Khan got a breakthrough for Hyderabad as he bowled out Buttler.

Rahane and Samson retreived the innings and brought up their respective half-centuries. Both the set batsmen stitched a magnificent 119-run partnership, which saw Rajasthan skipper smashing three sixes and four boundaries before spinner Shahbaz produced a quality ball to dismiss Rahane for 70.

Samson then found support in Ben Stokes and the duo added 64 runs together. The right-handed Indian batsman blazed for four sixes and 10 boundaries in his unbeaten scintillating innings of 102 off just 55 balls, registering his IPL ton along the way. Meanwhile, Stoked remained not out on 16.