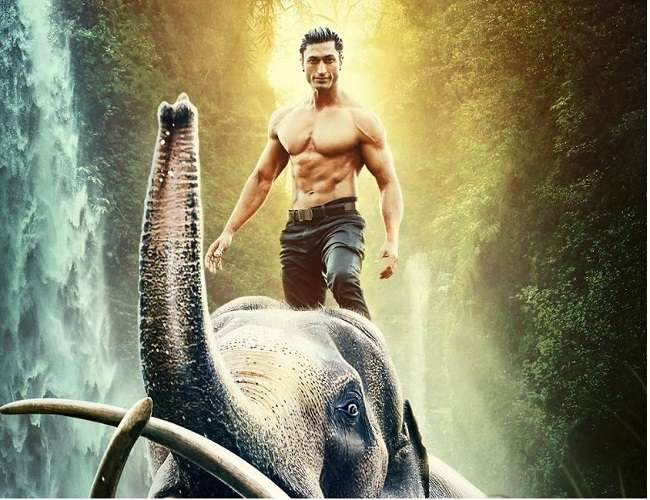 Junglee is an action adventure movie that themes around elephant conservation and has an honest intent to create a voice and awareness against tuskers’ poaching, ivory smuggling and cruelty towards animals.

The film has been directed by Hollywood director Chuck Russel who has Mask and Scorpion King to his credits and stars Vidyut Jammwal (Force, Commando) who is undoubtedly the best martial artist in the industry.

The movie opens and introduces us to a beautiful set up of a serene elephant sanctuary in Odisha. The lush thick greenery, the elephants frolicking in the waters, the loving humans, all captured by good camerawork give a very pleasing and soothing feel.

Marring this beauty, love and peace, are poachers who have an eye on a pair of magnificent tusks in that area.

Raj (Vidyut) is a vet and an animal lover working in Mumbai who is reluctant to visit his home and the sanctuary because of a troubled past and strained relations with his father. When he does visit after a gap of ten years, he is most joyed to relive his memories, his relationship with nature, his childhood abode and buddies, the loveable elephants. 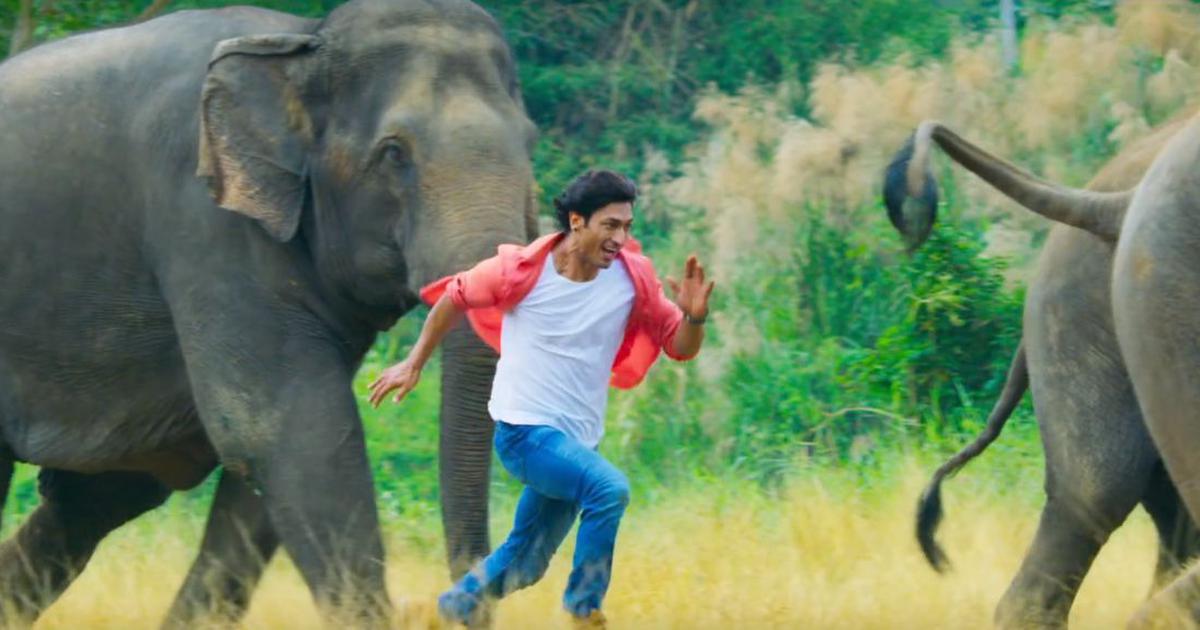 The first half of the movie and the initial build up could be termed excellent inspite of a few glitches. The connect that the makers aim to create with nature and life, the compassion that they want to rouse, the love that they want us to feel for the adorable tuskers, was very effectively done.

The relationship between Raj and the tuskers has been very beautifully depicted. In that sanctuary,the makers create a beautiful,ideal,almost fantasy like world full of love and compassion only to shatter it in a ruthless carnage by the evil poachers leaving you stunned and moist eyed.

The second half then opens to a very cliched and muddled up saga of revenge. It was quite sad that the intense build up of pre intermission could not be capitalised by the director and the film suffers from something that often plagues many films , i.e “ the curse of the second half “. A very lazy writing(Rohan Sippy , Ritesh Shah and two others) and shoddy screenplay (Adam and Raghaav) made the second half fizzle out.

ALSO READ: Janhvi Kapoor and Rajkumar Rao to team up for a horror-comedy…

The overall direction was not as great as could be expected from a hollywood director with creditworthy filmography.

And Russel’s biggest failure was not being able to use Vidyut.

The stunts that were the most awaited part, considering that its a action movie with Vidyut, turned out to be just good, nothing great. They did use a lot of martial art and traditional ‘Kalariyapattu’ but the overall action was not even half of what that man is capable of.

Commando so far remains the only film that gave us a glimpse of his superb action and martial art.

Cinematography by Mark Irwin was impressive. Lets put aside the fact that they tried to pass off Thailand as Orissa or Kerala or whatever. But the lush greenery, the waters, the flora and fauna was beautifully captured .

Atul Kulkarni as a poacher seemed ill at ease and hardly menacing.

The two debutantes Asha Bhat and Pooja Sawant were passable.

Akshay Oberoi and Makrand Deshpande had hardly much to do.

But Vidyut looked hot and superb. He and his antics were capable of keeping us engaged and impressed.

Overall I found the movie fairly good. Its a must watch for animal lovers.

The adorable pachyderms and Vidyut could be reason enough to watch but there could be many others. The film has its heart in the right place;apart from its relevant message, it rouses our love for nature and compassion for animals;has many stunning visuals and overwhelming moments with tuskers.

And you have some good action as bonus.