The population of Australia’s most-unique critically endangered bird has doubled with the birth of nine plains-wanderer chicks.

The chicks were born to two pairs and hatched within 24 hours of each other at Werribee open range zoo in Victoria last week.

Within four days, the zoo director Glen Holland said, the chicks were eating crickets the size of beans and zooming around their enclosure like bumblebees.

This little chick is one of the most important birds in the world. We are thrilled to announce the safe arrival of nine little fluffballs aka Plains-wanderers at Werribee Open Range Zoo. The Plains-wanderer is so genetically distinct that there are no other birds quite like it in the world making them Australia’s most important bird in evolutionary distinctiveness and extinction risk. And without putting too much pressure on his or her tiny little wings, there are fewer than 1000 mature Plains-wanderers left in the wild so there’s never been a more important time for this breeding program to be a success.

According to the zoo, the Plains-wanderer is, “Australia’s most important bird in evolutionary distinctiveness and extinction risk,” and, “is so genetically distinct that there are no other birds quite like it in the world.”

Taking care of the Plains-wanderers birds wasn’t an easy process: When zoo keepers discovered a group of abandoned eggs in the birds’ specially-designed breeding facility last month, they made the important decision to intervene and save the chicks.

Usually with Plains-wanderers, the dad incubates the eggs and raises the babies. However, in this case, the male bird abandoned the eggs before the 23-day incubation period ended, and researchers are still trying to figure out why this occurs. 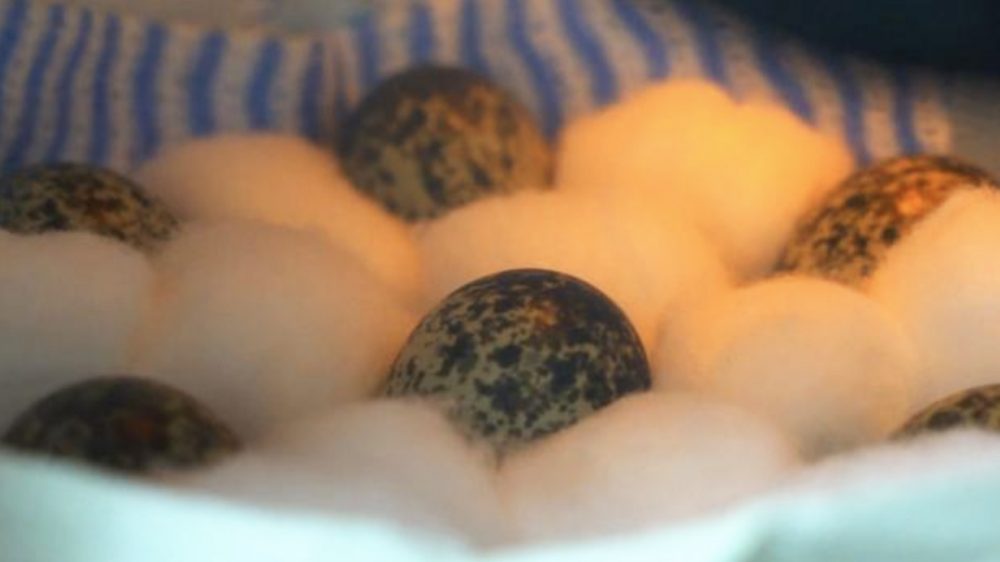 ”We give the birds every opportunity to incubate and hatch their own eggs, and one pair was successful in doing this,”Yvette Pauligk, Werribee Open Range Zoo’s threatened species keeper, said in the zoo press release.

“However, the other male was not displaying such encouraging behavior. So, we moved the eggs to an artificial incubator.”

Once the eggs were safely moved to an incubator, the comforting space served as a “dad” to the speckled eggs. It established a humid and warm environment, and rolled them throughout the day, just like a real Plains-wanderer dad would do in a nest.

The hatchlings bring the zoo’s captive population to 20, while the number of mature plains-wanderers left in the wild is estimated to be less than 1,000.