Home Battle For States BJP releases list of campaigners for UP for first two phases
ShareTweetGoogleWhatsappPrint
Mail
Party veterans Lal Krishna Advani and Murli Manohar Joshi have not made it to the Bharatiya Janata Party’s (BJP) list of 40 leaders who will be campaigning for the party’s candidates during the first two phases of Lok Sabha elections in Uttar Pradesh.
It is worth mentioning that both Advani and Joshi have also not made to the list of parliamentary candidates announced so far by the BJP. 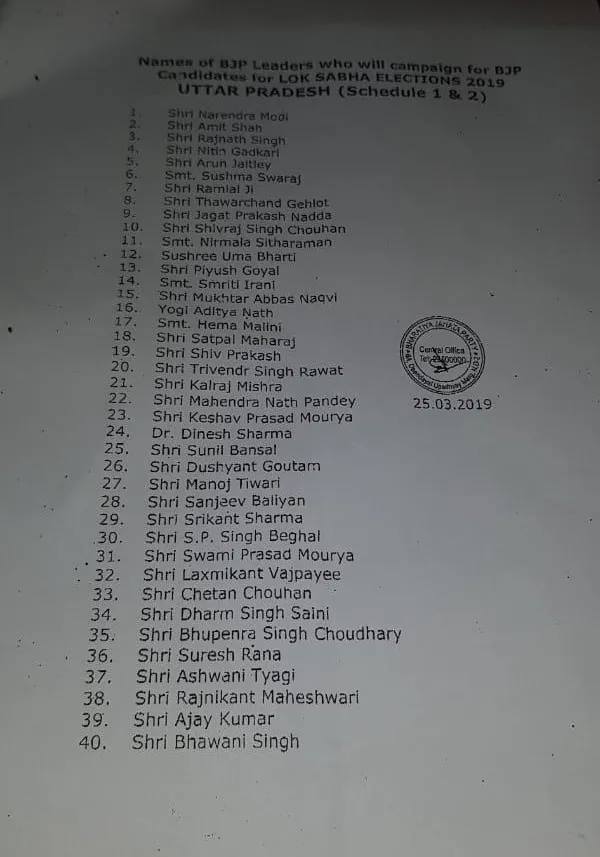 Prime Minister Narendra Modi, BJP president Amit Shah and top leaders such as Rajnath Singh, Nitin Gadkari, Arun Jaitley, Sushma Swaraj, Uma Bharti, Nirmala Sitharaman, and Yogi Adityanath are some of the key leaders who are part of this list of star campaigners.
Lok Sabha elections are scheduled to be held from April 11 and will go on till May 19 in seven phases. Polling in Uttar Pradesh will be held in all seven phases, and counting of votes will take place on May 23.
There are 80 Lok Sabha seats at stake in Uttar Pradesh.