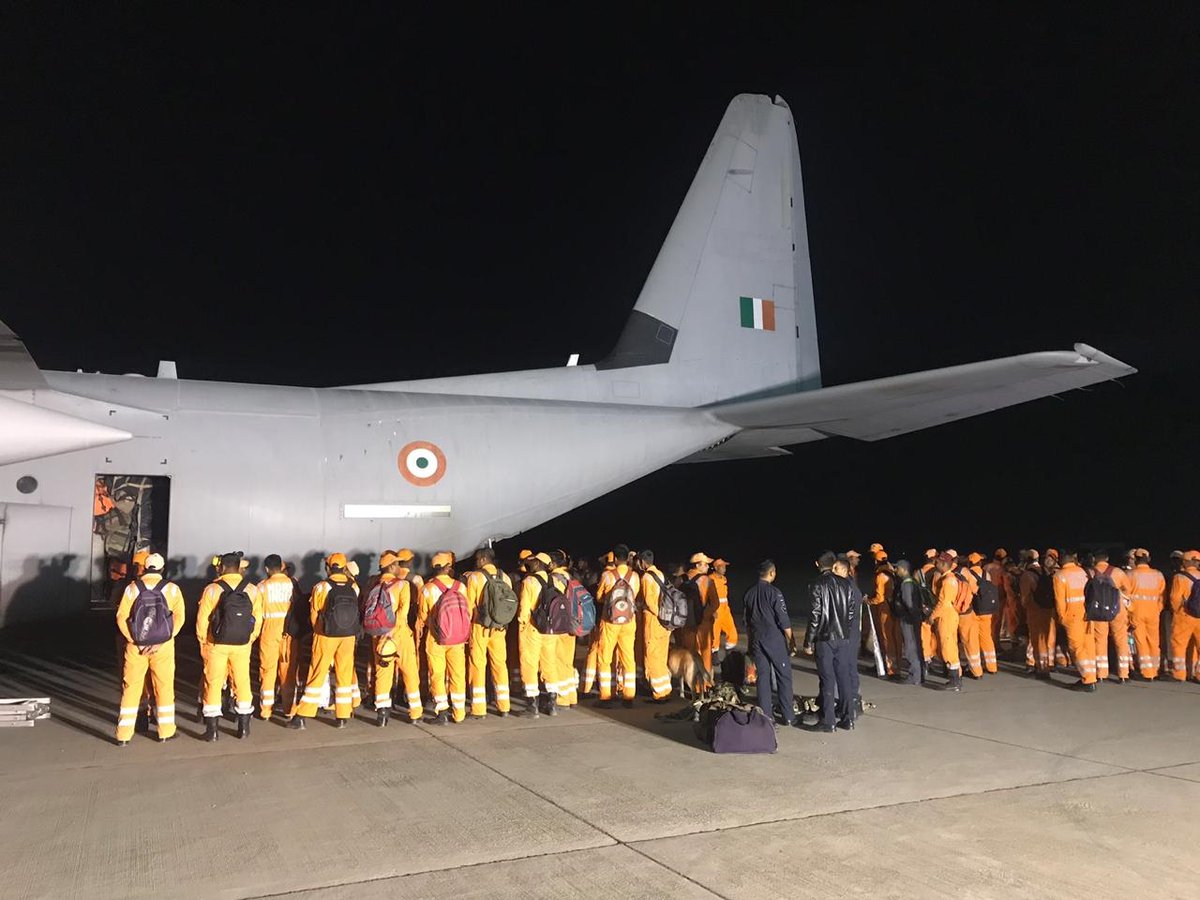 “One C-130J aircraft of Indian Air Force airlifted two teams of NDRF from Hindon to Hubli on the night of March 19, 2019. The NDRF team was airlifted to undertake rescue operations after an under-construction building collapsed at Dharward, Hubli, Karnataka,” Indian Air Force said in a tweet.

One C-130J aircraft of Indian Air Force airlifted two teams of NDRF from Hindan to Hubli on the night of 19 Mar 19. The NDRF team was airlifted to undertake rescue operations after an under-construction building collapsed at Dharward, Hubli, Karnataka. pic.twitter.com/ZlBuM8OaW0

Earlier on Wednesday, Karnataka Revenue Minister RV Deshpande said that government will initiate an inquiry and those injured will be treated free of cost.

At least 37 people have been rescued from the site where an under-construction building collapsed at Dharwad’s Kumareshwar Nagar on Tuesday evening.

Karnataka Revenue Minister R V Deshpande commented on Dharwad building collapse, “It is a shocking incident. Total of three people have lost their lives. An inquiry will be ordered.”

Earlier, Dharwad Deputy Commissioner Deepa Cholan had said that two people lost their lives while 28 people were admitted at Civil Hospital here for treatment while 13 people have been referred to KIMS and SDM hospital

Meanwhile, Chief Minister HD Kumaraswamy said rescue efforts will be conducted on a war footing and urged locals not to panic.