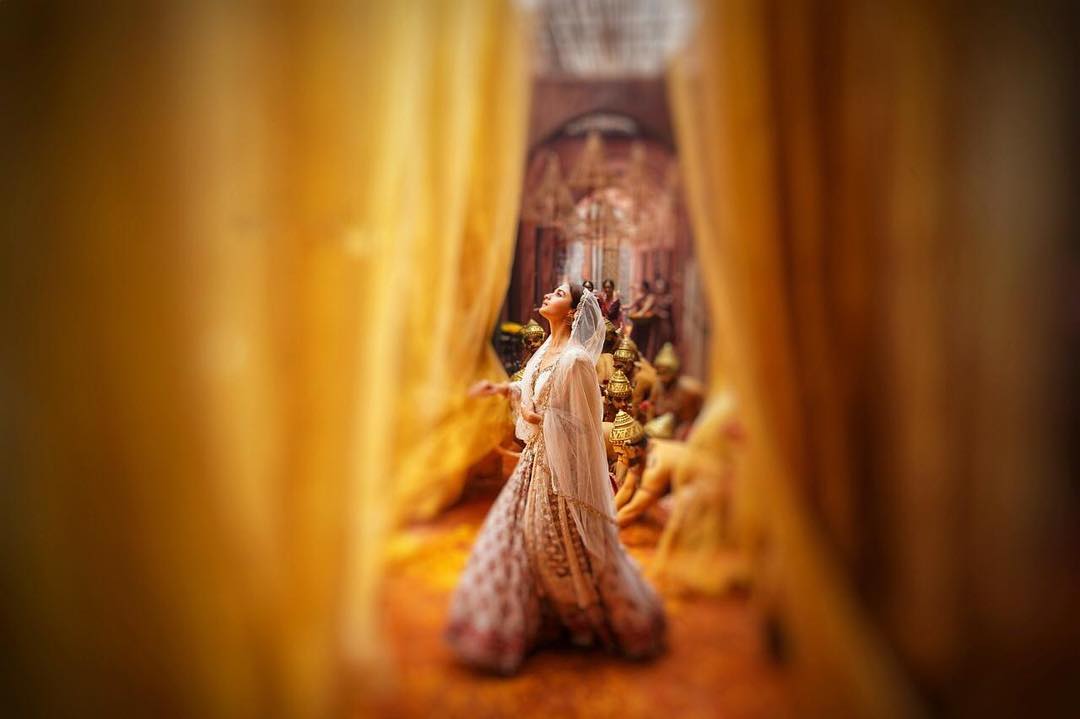 ‘Kalank’ is one of the most awaited films this year and the team of ‘Kalank’ is not shying away from promoting it in full swing. The period drama has been produced by Karan Johar’s Dharma Productions and features Alia Bhatt, Varun Dhawan, Sonakshi Sinha, Aditya Roy Kapur, Sanjay Dutt and Madhuri Dixit in lead roles.

Alia Bhatt shared a still from the first track of ‘Kalank’, ‘Ghar More Pardesiya’ on Sunday which has been released now.

At 1230 witness magic #GharMorePardesiya on the streets of Hira Mandi pic.twitter.com/7TgMsQjwOk

Alia Bhatt shows off her classical dance skills as she has performed Kathak for the first time on screen and her movements and expressions look extremely poised. Madhuri steals the show with her apt expression and shows once again that she is the quintessential dancer.

The song has been choreographed by Remo D’Souza who is known mostly for his hip hop style and the classical song is a welcome change from his regular choreography and forte.

The track has been composed by Pritam and the lyrics are by Amitabh Bhattacharya, the song is a ‘jugalbandi’ between Roop played by Alia Bhatt and Bahaar Beghum played by Madhuri Dixit. The song also features Varun Dhawan and is set against the background of the Ramayan festival, the song is from the perspective of Sita.

The audiences are already enthralled and posting reactions to the song’s teaser on social media.

Alia is there anything you can’t do!?! Oh My God! The grace, the fluidity of each step and to think you had to perform in the presence of the stalwart @MadhuriDixit!!! Love love love @aliaa08 💖 https://t.co/BD32PxLP2u

This is just So beautiful…@MadhuriDixit its just a pleasure to see you on screen …. nobody has ‘ada’ like you… @aliaa08 can do anything… the best actor of our times hands down … @abhivarman buddy u have created magic …

“my foolish heart, dance! someone, somewhere will beat the drums of love!” ~ qahar aasi | the chandeliers glow as they dance gracefully beneath | #gharmorepardesiya 🕊 pic.twitter.com/SIKGpzXyYt