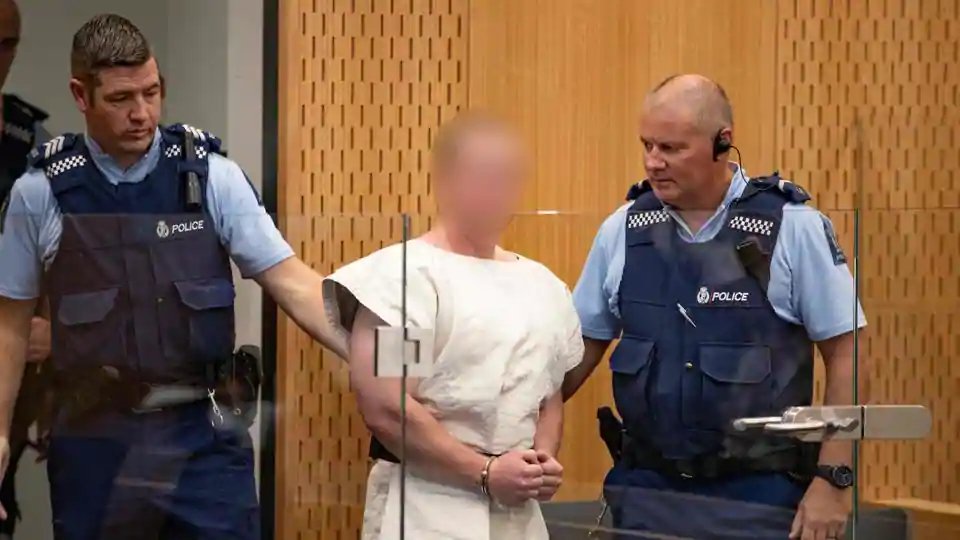 A 28-year-old suspect, identified as Brenton Harrison Tarrant appeared before the court on Saturday on murder charges connected with Friday’s terror attacks in Christchurch, which left at least 49 people dead. He was remanded in custody without plea until April 5.

The terror attack suspect, who live-streamed for about 17 minutes his rampage through two mosques here, is an Australian-born citizen and is a resident of Dunedin, situated around 360 km south of Christchurch.

The suspect appeared before a Christchurch court here on murder charges, in white prison clothing, barefoot and handcuffed. Flanked by two police officers, he smirked when media persons photographed him during the hearing and was seen making the white power gesture, New Zealand Herald reported.

Throughout the hearing, Tarrant, who had a cut on his upper lip, remained silent and looked at the media persons in the public gallery.

Tarrant is accused of murdering a man, whose name was suppressed by Judge Paul Kellar on grounds of undue hardship to his family, according to reports.

The suspect was remanded in custody without plea to the High Court in Christchurch on April 5. Duty lawyer Richard Peters made it clear during the hearing that no bail application would be made.

In the worst ever terror attack in New Zealand, multiple gunmen carried out indiscriminate shootings at two mosques in Christchurch during the Friday prayers, leaving 49 people dead and at least 48 wounded, besides giving a scare to the Bangladesh cricket team which had a narrow escape.

Using automatic weapons, the gunmen, four of who were initially taken into custody, launched a “well-planned” attack on the mosques when devotees had assembled for the weekly prayers.

Earlier today, New Zealand Prime Minister Jacinda Ardern vowed that gun laws “will change” in the wake of the worst terror attacks in the country’s history.

She also confirmed that the suspect was a resident of Dunedin and was not based in Christchurch. She said that investigations were initiated to assess whether the remaining two accused arrested were directly involved in the attack.

Ardern also confirmed that the fourth person was released.

“The fourth person who was arrested yesterday was a member of the public who was in a possession of a firearm, but with the intention of assisting police,” she told reporters in Wellington.