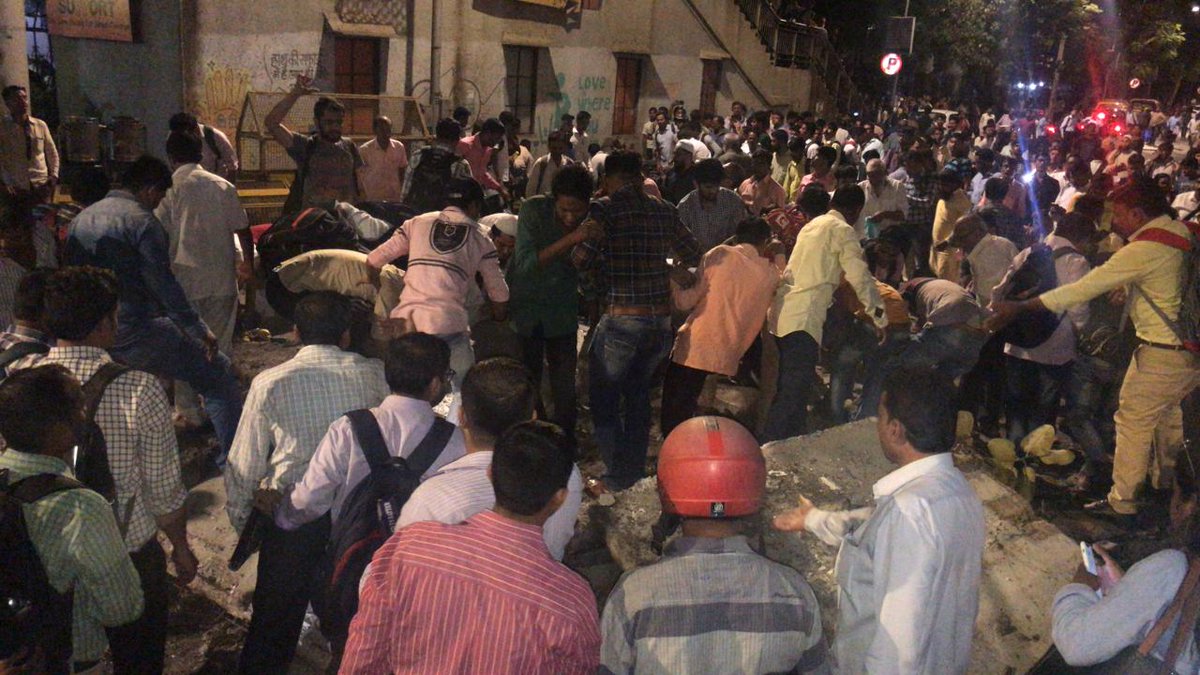 At least four people have died and several people are injured after a foot over bridge connecting the bustling Chhatrapati Shivaji Maharaj Terminus railway station with the Azad Maidan Police Station collapsed on Thursday evening.

News agency reported injured people had been moved to hospitals after the bridge collapsed near Chhatrapati Shivaji Maharaj Terminus during rush hour.

Foot over bridge connecting CST platform 1 north end with B T Lane near Times of India building has collapsed. Injured persons are being shifted to hospitals. Traffic affected. Commuters to use alternate routes. Senior officers are on spot.

TV channels showed a huge portion of the bridge collapsed on a packed road as people shot images on their cell phones.

In September 2017, a stampede on a pedestrian bridge at the Elphinstone Road railway station in Mumbai killed more than 22 people.