All you need to know about the Model Code Of Conduct | Newsmobile
Thursday, February 2, 2023 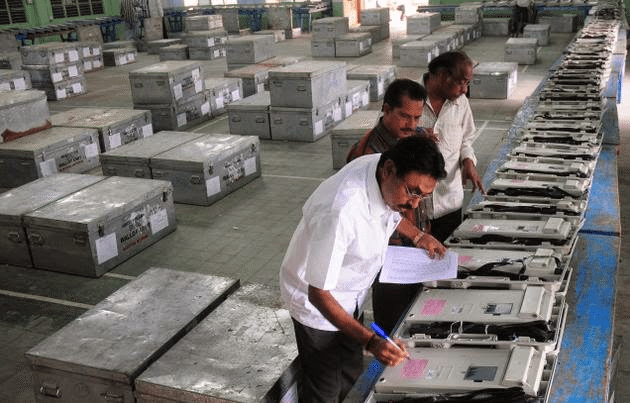 The Model Code of Conduct for Lok Sabha elelctions 2019 will be implemented after the Election Commission announces the dates for the 2019 Lok Sabha elections today.

The Model Code of Conduct is a set of instructions and guidelines to be followed by political parties and candidates contesting elections for the conduct free and fair polls.

MAIN POINTS OF THE MODEL CODE OF CONDUCT-

1. Government bodies are not to participate in any recruitment process during the electoral process.
2. The contesting candidates and their campaigners must respect the home life of their rivals and should not disturb them by holding road shows or demonstrations in front of their houses. The code tells the candidates to keep it.
3. The election campaign rallies and road shows must not hinder the road traffic.
4. Candidates are asked to refrain from distributing liquor to voters. It is a widely known fact in India that during election campaigning, liquor may be distributed to the voters.
5. The election code in force hinders the government or ruling party leaders from launching new welfare programmes like construction of roads, provision of drinking water facilities etc. or any ribbon-cutting ceremonies.
6. The code instructs that public spaces like meeting grounds, helipads, government guest houses and bungalows should be equally shared among the contesting candidates. These public spaces should not be monopolized by a few candidates.
7. On polling day, all party candidates should cooperate with the poll-duty officials at the voting booths for an orderly voting process. Candidates should not display their election symbols near and around the poll booths on the polling day. No one should enter the booths without a valid pass from the Election Commission.
8. There will be poll observers to whom any complaints can be reported or submitted.
9. The ruling party should not use its seat of power for the campaign purposes.
10. The ruling party ministers should not make any ad-hoc appointment of officials, which may influence the voters in favour of the party in power.
11. Before using loud speakers during their poll campaigning, candidates and political parties must obtain permission or license from the local authorities. The candidates should inform the local police for conducting election rallies to enable the police authorities to make required security arrangements.