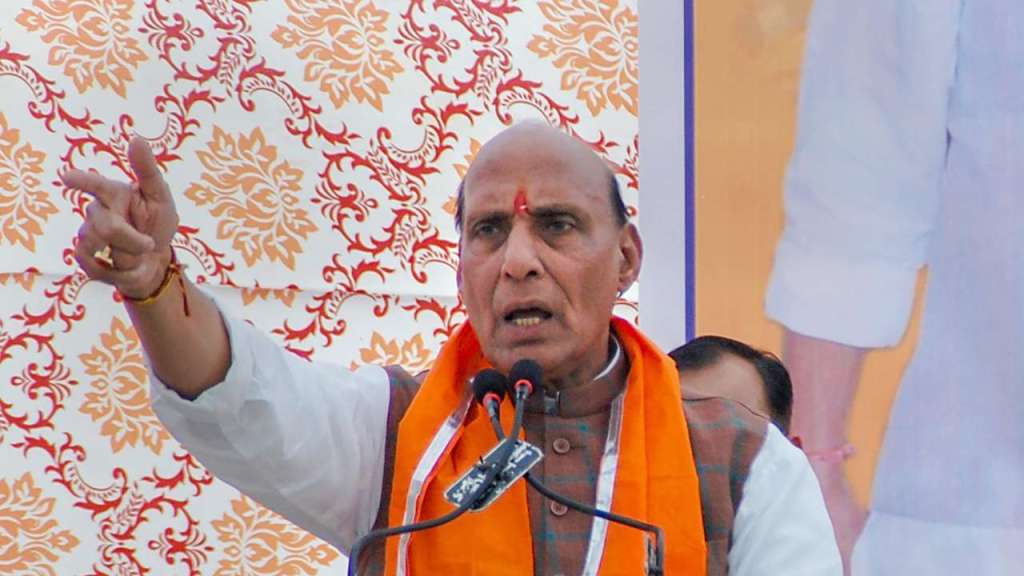 Union Home Minister Rajnath Singh on Saturday created political storm by claiming that in the past five years, Indian forces have thrice crossed the borders, signalling that there was a third incident involving cross-border strikes.

“In the past five years, we have crossed the border thrice and our men have successfully conducted air strikes,” said Rajnath Singh.

Speaking at a rally in Karnataka, Singh said “You all know about the two strikes (Uri and Pulwama). I will not reveal the third one.”

“India is not weak anymore”, he added.

Warning Pakistan that it will have to pay ‘huge price’ if it continued to promote terrorism on its land, the Home Minister said that Islamabad can no longer allow its land for use of terrorist activities.

It is to be noted that in September 2016, the Indian Army had conducted “surgical strikes” on what it termed “launch-pads” used by militants in Pakistan-occupied Kashmir (Pok), eleven days after the deadliest Uri attack in which 17 army personnel were killed.

In retaliation to the Pulwama terror attack on February 14, the Indian Air Force (IAF) carried out major strikes at terror camps of Jaish-e-Mohammed in Balakot town of the Khyber-Pakhtunkhwa province of Pakistan. On February 26, in a well coordinated operation, a fleet of Mirage 2000 aircraft struck inside Pakistan, targeting the JeM’s training camp, which claimed responsibility for the Pulwama attack in which more than 40 CRPF jawans martyred.