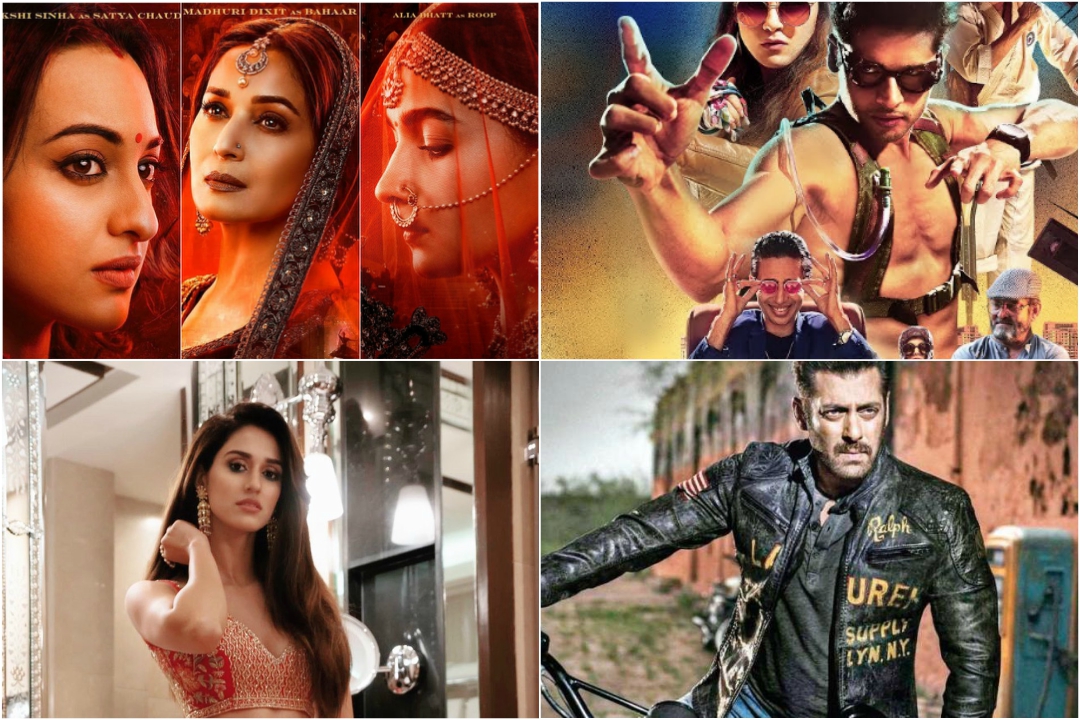 The makers of ‘Kalank’ released three posters introducing the #menofkalank. The first look was a poster of Varun Dhawan as Zafar, followed by Aditya Roy Kapur as Dev and Sanjay Dutt as Balraj.

On the occasion of the International Women’s day, a fresh batch of posters is out.  Alia Bhatt plays Roop and looks gorgeous in a complete red avatar with traditional jewellery.

Sonakshi also shared her first look in the film, she plays the role of Satya. Her look in the poster resembles the Dabbang look but she looks morose and intense.

Madhuri Dixit Nene also shared her poster today where she looks exceptionally beautiful. She will play the role of Bahaar Begum.

International Women’s day: How celebs celebrated the day for women

Read on what the celebs have to say this Women’s day.

Girls compete with each other but real women support & empower. So, this Women’s day let’s stand together and support the sisterhood ❤💃❤ #HappyWomensDay2019 #IWD2019 #InternationalWomensDay #महिलादिवस #WomensDay #Ting pic.twitter.com/lHr8yP2djO

This Women’s Day, I stand for #EducationForEquality! Do you? Then support this movement for girl child education. Click this E pose and post it on your page. Ensure you add #EducationForEquality and #ICICIBankAURA. For every post @ICICIBank will contribute Rs 100.#nomakeupselfie pic.twitter.com/IQDyVkUA4C