Home Home Slider Muslim women did not lift ‘kanwar’ on Mahashivratri 2019; this picture is...
ShareTweetGoogleWhatsappPrint
Mail

A post is going viral on social media with pictures of Burkha clad women taking out a ‘kanwar yatra.’

The post claims that the picture was taken on on March 4th, Mahashivratri in Indore. 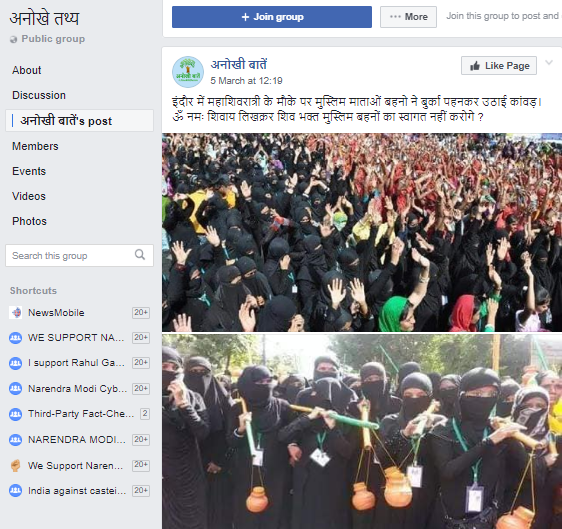 When NewsMobile put the pictures on Google reverse search, we found out the claim accompanying the pictures is FAKE.

We found out that though the pictures are from Indore, they were clicked in 2015.

According to a report by Hindustan Times, the pictures are of Kanwar Yatra, organised by Backward and Minority Finance Corporation ex-chairman and Madhya Pradesh BJP working committee member Sam Pawari. 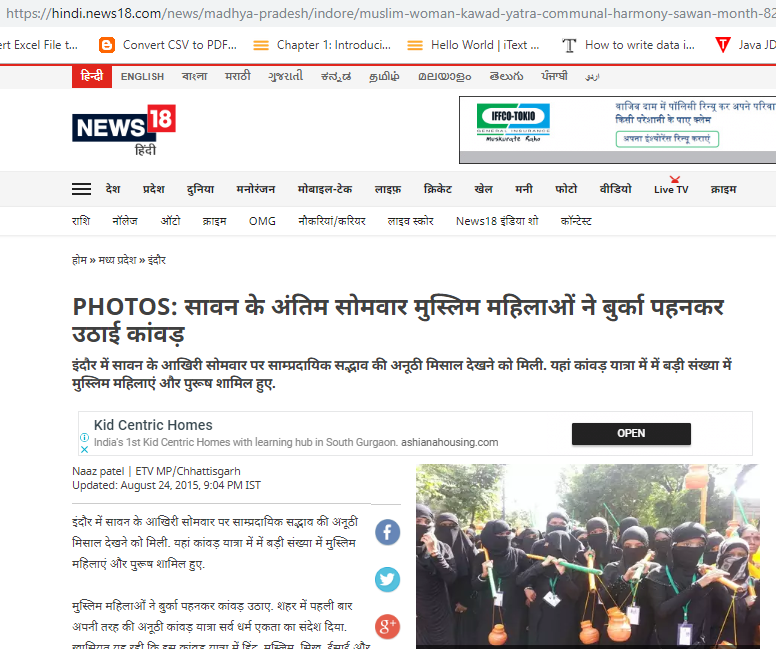 The above fact check proves that the image were not clicked on Mahashivratri and the claims are fake.