A picture has surfaced the social media which shows that one of the Indian food chain restaurants Chaiiwala based in the UK with the picture Wing Commander Abhinandan on the signboard.

(Translate: In Britain, a fan of Modi has named his coffee shop “Chaiwala” and placed four moons with the picture of Wing Commander congratulatory. Thank you) 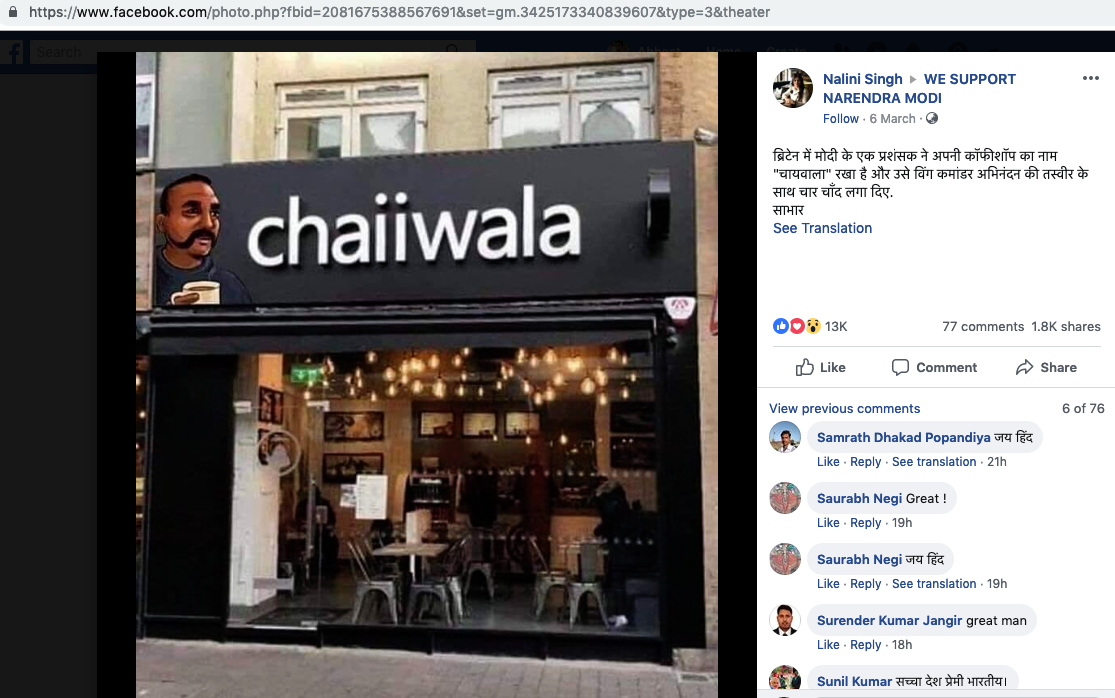 One of the Facebook used the shared picture on a Facebook group ‘We Support Narendra Modi‘. At the time of filing this report, the post was already shared by over 1,800 people. 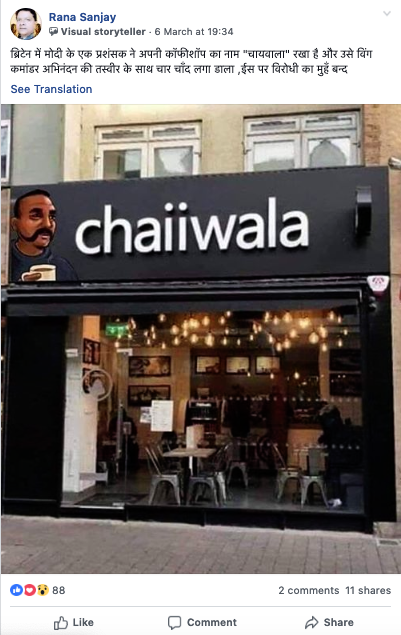 When NewsMobile came across this post, we fact-checked the picture and the claims accompanying the picture.

NewsMobile contacted Chaiiwala and their team confirmed that the viral picture is photoshopped.

We put the image through Google Reverse Image Search and came across the exact same picture which didn’t have the picture of Wing Commander Abhinandan on the signboard.

On closely observing the collage of Real and Fake picture it is very clear that the picture of Wing Commander Abhinandan was added using photoshop.