Termed as the ‘world’s saddest elephant’ by animal rights activists, Indian elephant Flavia died on March 1 after being in solitary for 43 years.

Flavia, who was separated from her herd at the age of three and taken to live a life in captivity in Cordoba zoo, had been the subject of multiple campaigns against keeping elephants behind bars.

The Indian elephant was euthanized after collapsing in her enclosure and being unable to get to her feet. The zoo authorities were unable to get her back on her feet once more. She was 47 years of age.

Zoo authorities announced her death ‘with great sadness’ on March 1 and said that her keepers were devastated by the loss. 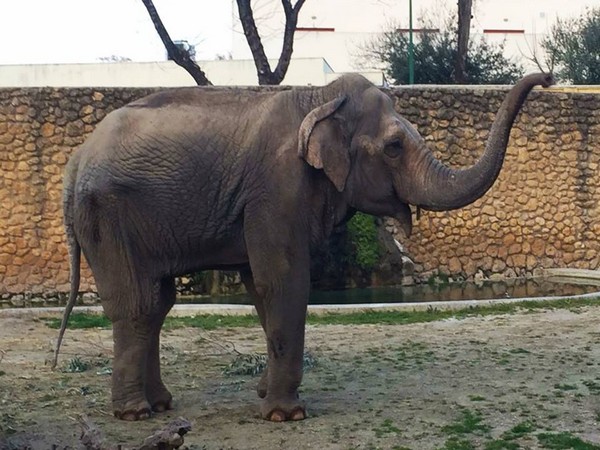 In a press conference, Amparo Pernichi, the councillor in charge of Environmental issues at Cordoba City Hall called Flavia an icon of the city and said she would be terribly missed.

‘Her death is a tremendous blow in general for the zoo family, especially for Fran and Javi who had been her carers in the last moments, and also for Silvia, who took care of her previously.’

‘During the last six months, Flavia’s physical condition had deteriorated, but especially so in the last two weeks’.

The animal rights party Pacma had been working with the zoo to improve her enclosure and had been lobbying to find her a place at a safari park elsewhere in Europe, somewhere where she could interact with other elephants but could not succeed.