A five-judge constitution bench of the Supreme Court on Wednesday, March 6, 2019, heard the case on the politically sensitive and decades old Ram Janmabhoomi-Babri Masjid land dispute case and has reserved its order.

It heard a case to refer the matter to a court-monitored mediator in order to come out with a ‘permanent solution’ in the Ayodhya Ram Temple case. 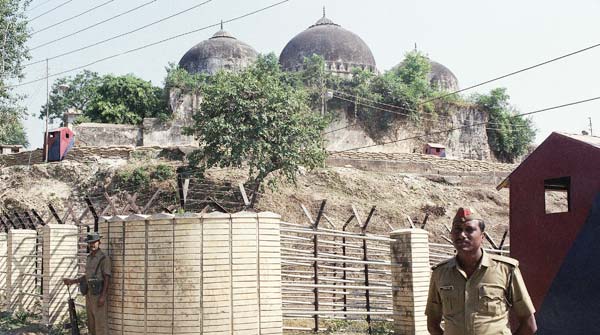 In the past, a five-judge Constitution bench headed by Chief Justice of India (CJI) Ranjan Gogoi had, on February 26, suggested that an amicable solution to the dispute could be found via mediation and said that it would pass an order in this regard on March 6.

The bench also consists of Justices S S Bobde, D Y Chandrachud, Ashok Bhushan and SA Nazeer.
There are 14 appeals before the top court regarding the 2010 Allahabad High Court judgment trifurcating the disputed site at Ayodhya for Ram Lalla, Nimrohi Akhara and the original muslim litigant.

“It’s about sentiments, about religion and about faith. We are conscious of the gravity of the dispute. We have no control over what happened in the past, who invaded, who was the king, temple or mosque. We know about the present dispute. We are concerned only about resolving the dispute,” Justice Bobde said.

Also Read: Spotify arrives with a bang; adds 1 million subscribers in a…

Here are the key takeaways from today’s hearing:

– Hindu Mahasabha has opposed and said that the mediation path cannot be taken in resolving the title dispute. Its lawyer, Vishnu Jain, said that they will maintain the stance in front of the mediator too.
– Advocate Rajeev Dhavan, who is representing the group of Muslim petitioners in the case, said that Muslim petitioners are agreeable to mediation and any compromise or settlement will bind the parties. However, he wants the bench to frame terms for mediation
– Justice SA Bobde said, “When the mediation is on, it should not be reported on. It may not be a gag, but no motive should be attributed to anyone when the mediation process is on.”
– He also mentioned that “We cannot undo Babar invading… We can only look into the current situation. It is about mind, heart and healing relationships. We are also conscious of gravity of the issue and its impact on the body politic. Don’t think you have more faith than us.”
– Justice SA Bobde also clarified that mediation does not necessarily mean compromise and that one party will give up and one party will win.
– He has asked for a panel of mediators.