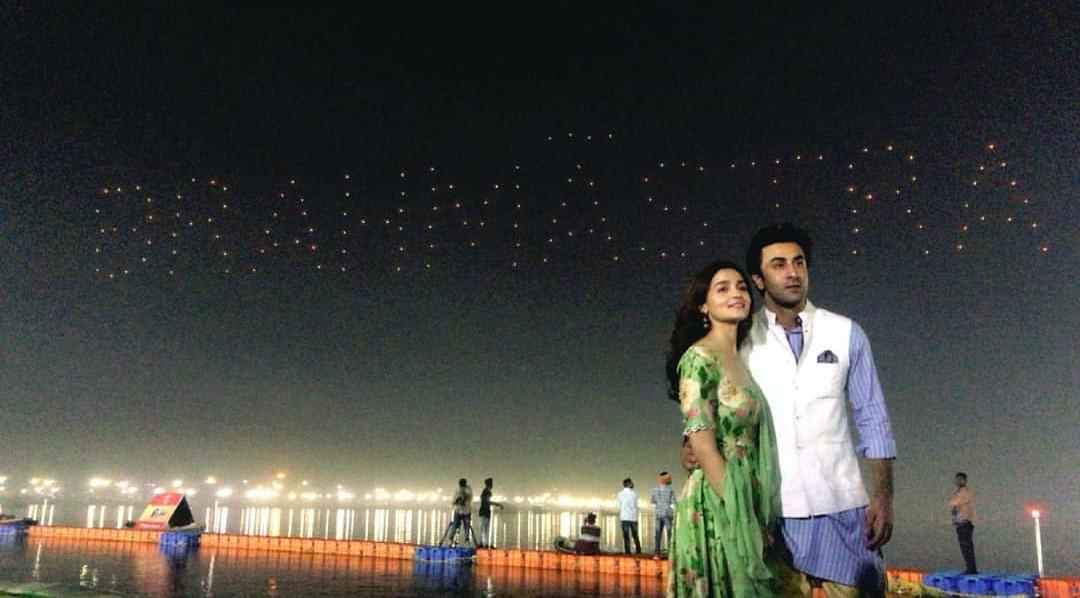 On the occasion of Mahashivratri and culmination of the Ardh Kumbh Mela, the makers of Ranbir Kapoor and Alia Bhatt-starrer ‘Brahmastra’ unveiled the logo of the film here on Monday.

The actors of the film had earlier shared cryptic messages piquing the curiosity of their fans by revealing that they have something special planned for today.

Karan Johar is producing the film under his Dharma Productions banner, which also shared a picture from the event.

A start of something new, a magical journey unravels with the logo reveal of #Brahmastra at #Kumbh2019! #RanbirKapoor, @aliaabhatt & @boy_dreaming take in the grand spectacle. @amitabhbachchan #Nagarjuna @karanjohar @apoorva1972 #NamitMalhotra @FoxStarHindi @BrahmastraFilm

Alia Bhatt went live from her Instagram handle which showed 150 drones light up the sky to form the logo of Brahmastra.

The director of the film also shared the picture of Ranbir and Alia introducing their character names.

‘Brahmastra’ is first part of a sci-fi trilogy which has been created by Ayan. It is slated to release around Christmas this year.