The Indian Navy on Tuesday rejected Pakistan’s claim that it had detected an Indian submarine in its waters and had ‘warned’ it to retreat, stating that Pakistan was ”indulging in false information.” In an official statement, the Navy said that the submarine had been deployed “as per requirement.”

In a statement, the Pakistan Navy claimed in Islamabad that it used specialised skills to ward off the Indian submarine from entering Pakistani waters.

“We have witnessed Pakistan indulging in false propaganda and spread of misinformation. The Indian Navy does not take cognizance of such propaganda. Our deployments remain undeterred,” the Indian Navy said. 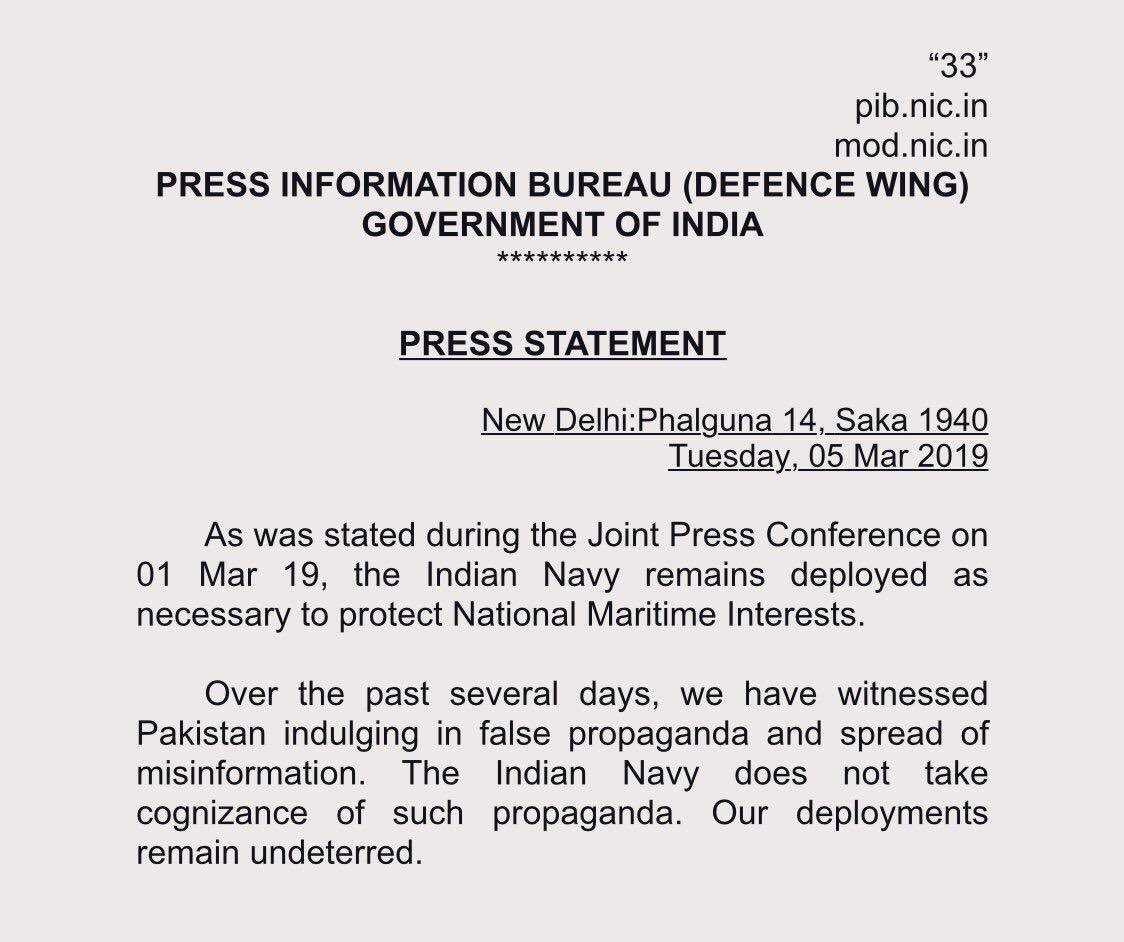 In a brief statement, it said the Indian Navy remains deployed as necessary to protect national maritime interests.

The claim by Pakistan Navy came in the midst of the latest flare-up between the two nuclear-armed neighbours.

“The Pakistan Navy used its specialised skills to ward off the submarine, successfully keeping it from entering Pakistani waters,” a spokesperson of Pakistan Navy said.

“The Indian submarine was not targeted keeping in view Pakistan’s policy of peace,” the official said, adding that India must learn from this incident and “move towards peace”.

“The Pakistan Navy is always ready to guard its territorial waters and is capable of responding to any kind of aggression with full force,” he said.

After the Pulwama attack, the Indian Air Force carried out a counter-terror operation, hitting a JeM training camp in Balakot, deep inside Pakistan on February 26.

The next day, Pakistan Air Force tried to target Indian military installation in Kashmir but was thwarted by the IAF which lost a MiG-21 while its pilot Wing Commander Abhinandan Varthaman was captured. He was handed over to India on Friday.