Three United Nations Security Council members – US, UK and France – proposed that Masood Azhar, the head of the Jaish-e-Mohammad terror outfit should be blacklisted, a day after India shot down Pakistan’s fighter jet and Pakistan captured an Indian Air Force pilot.

US, Japan, UK and France have supported India’s anti-terror action in Pakistan on Feb 26 and have advised both countries to exercise restraint.

On Feb 26, Indian warplanes struck inside Pakistan for the first time since a 1971 war, targetting a terrorist training camp in Balakot.

04:38 PM Feb 28, Friday: Pak to release IAF pilot tomorrow, says Pakistan PM Imran Khan in the joint session of the country’s parliament. Imran Khan said they will be releasing the pilot a peace gesture. Nobody wins in a war.

03:45 PM Feb 28, Friday: Meeting of Foreign Secretary with diplomats from 10 countries, including Germany, Dominican Republic, Nigeria, South Africa & Belgium, has concluded. The Foreign Secy briefed them on updates in the situation between India & Pakistan. 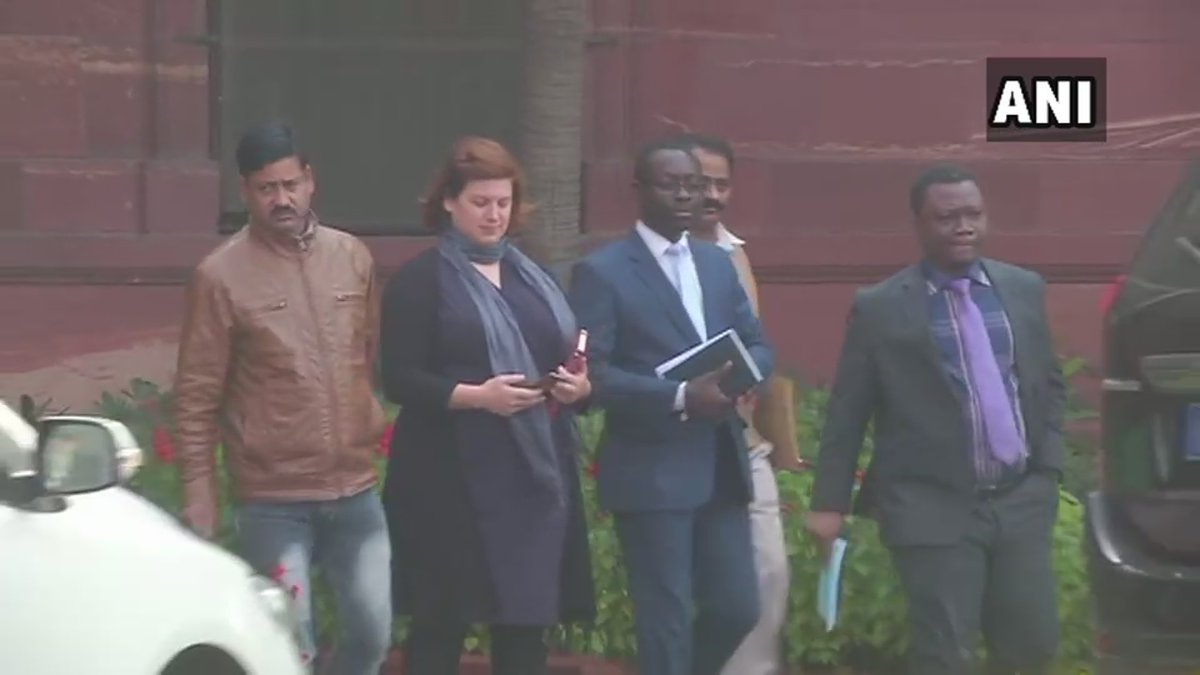 02:35 PM Feb 28, Friday:  Pakistan PM must walk the talk on terror first by taking immediate and verifiable steps, till then India will not hold talks, sources told NewsMobile.

The message came even as Pakistan’s Prime Minister gave an offer of talks.

Sources said that “We shouldn’t allow Pakistan to believe that we are a hostage of one individual. We are not going to do a deal on the IAF pilot.”

India has not asked for consular access but the immediate release of the IAF pilot. Pakistan is lying, they added.

ALSO READ: India says walk the talk on terror first, no talks with…

News reports also said that the Pakistan government is examining which convention applies to the IAF pilot in thier custody.

02:26 PM Feb 28, Thursday: India has not asked for consular access but the immediate release of IAF pilot, sources told ANI.

01:00 PM Feb 28, Thursday: There will be a joint press briefing by Army and Air Force in New Delhi at 5 pm today. The Navy will also be a part of the joint press conference

Here is what has happened over the past two days :

12:50 PM Feb 28, Thursday: US President Donald Trump on India-Pak tensions: We’re in the middle trying to help them both. They have been going at it and we have been involved. Hopefully its going to be coming to an end. It’s going on for a long time, decades and decades.

‘We have some reasonably decent news,’ US Prez @realDonaldTrump on India-Pak conflict pic.twitter.com/lGVsOskqej

12:40 PM Feb 28, Thursday: PM Modi says India will live as one, grow as one, fight as one, win as one. The enemy tries to destabilize us, carries out terror attacks, they want to stop our growth. We all countrymen are standing like a rock to counter their evil designs.

ALSO READ: Timeline of IAF’s air strike in Pakistan: All you need to know 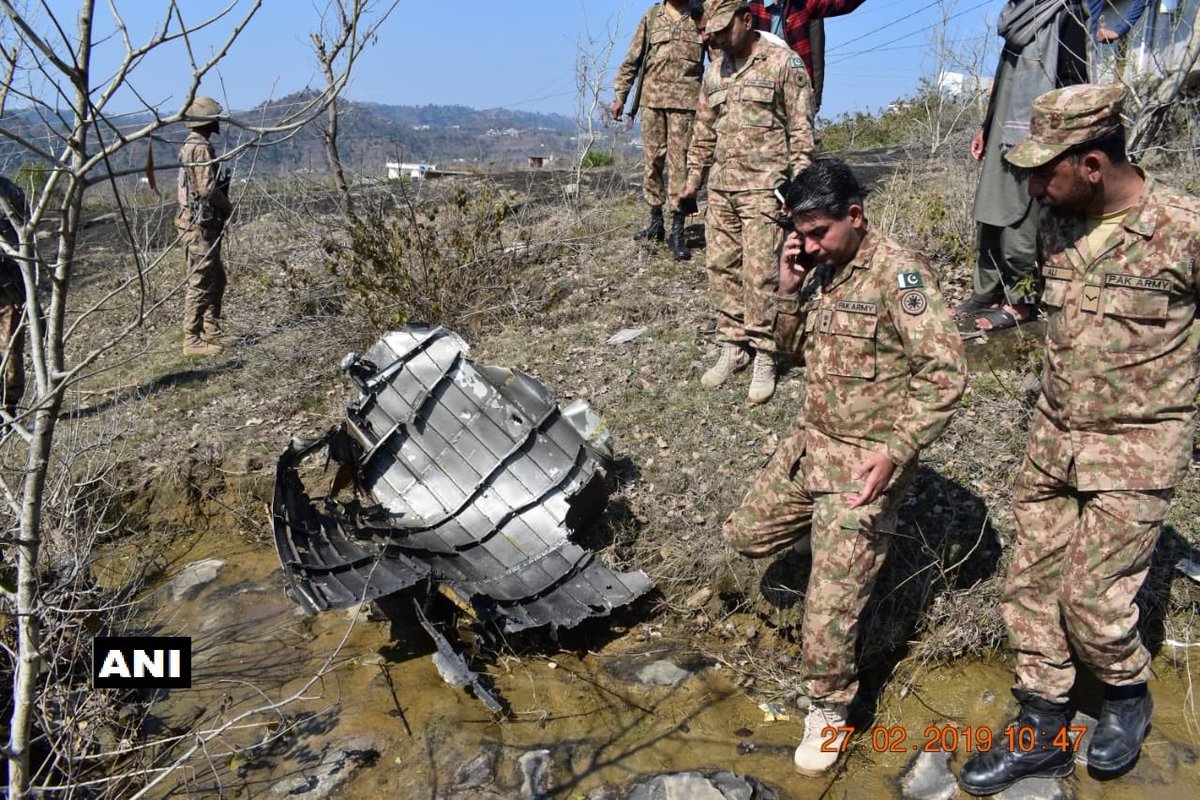 The same picture circulating on social media claim this is an Indian MiG fighter, however, multiple IAF sources confirm this is the wreckage of Pakistani fighter jet downed yesterday.

In response to the mounting tension due to the operations since 26 February between the Indian Air Force and the Pakistan Air Force, Japan strongly urges India and Pakistan to exercise restraint and stabilize the situation through dialogue.

09:30 AM Feb 28, Thursday: The Samjhauta Express train service between Pakistan and India (Lahore to Attari) has been suspended by Pak authorities.

09:15 AM Feb 28, Thursday: Indian High Commission in Pakistan last evening gave a demarche to Pakistan Ministry of Foreign Affairs for the immediate and safe return of the Indian pilot in custody. Similar Demarche was given to Pakistan’s acting High Commissioner in New Delhi yesterday, ANI reports.

08:30 AM, Feb 28, Thursday: NSA Ajit Doval and US Secretary of State Mike Pompeo had a telephonic conversation late last night. Pompeo said that the US supported India’s decision to take action against JeM terror camp on Pakistani soil, reports ANI.

ALSO READ: Can Pakistan truly ‘walk the talk’ on peace for a way…

08:00 AM Feb 28, Thursday: Pakistan violated ceasefire at 6 am today in Krishna Ghati sector along the Line of Control in Poonch district. Indian Army retaliated effectively. Firing stopped around 7 am.

07:30 AM Feb 28, Thursday: External Affairs Minister Sushma Swaraj to leave for UAE today to take part in Organisation of Islamic Cooperation (OIC) meeting as the Guest of Honor.

06:45 AM Feb 28, Thursday: US reiterates to Pakistan – ‘cease all cross-border military activity’ and ‘take immediate steps to deescalate the situation, including through direct communication”, a day after the first air combat between the countries in decades and the capture of an Indian pilot by Pakistan.

Urging the neighbours to make efforts for a “return to stability”, the US also said Pakistan must abide by its UN Security Council commitments to deny terrorists a safe haven and block their access to funds. The statement referred to the killing of 40 Central Reserve Police Force (CRPF) soldiers by Pakistan-based terror group Jaish-e-Mohammed and said “cross-border terrorism poses a grave threat to the security of the region”.