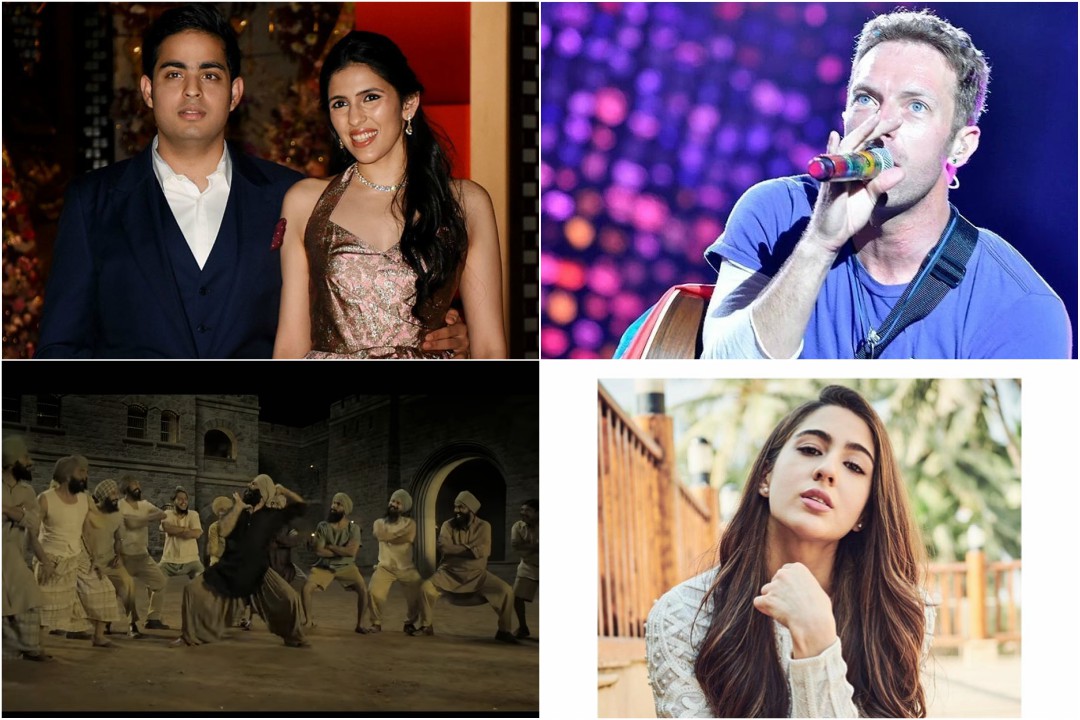 Akshay is seen dancing with his pals in the fun song and the fans are already loving it.

Akshay plays the character of Ishar Singh and his turbaned look has been appreciated. Kesari is directed by Anurag Singh and also stars Parineeti Chopra in the lead role.

The film releases on 21 March.

The lavish three day pre-wedding sangeet bash of Akash Ambani and Shloka Mehta is nothing less than a star studded event with the presence of A-list Bollywood stars.

Pictures and videos have been pouring in and looks like a fairy tale. The big surprises included performances from the band Coldplay’s lead singer Chris Martin and Chainsmokers.

Sara Ali Khan is one of the most sought after newcomers we have in Bollywood this year with a roaring debut with ‘Kedarnath’ and the success of ‘Simba’. She recently shot her first magazine cover and shared pictures on her social media handle.

Rest but never quit. Even the sun has a sinking spell each evening. But it always rises the next morning. At sunrise, every soul is born again. – Muhammad Ali 💪🌅🌞🦁😍❤️