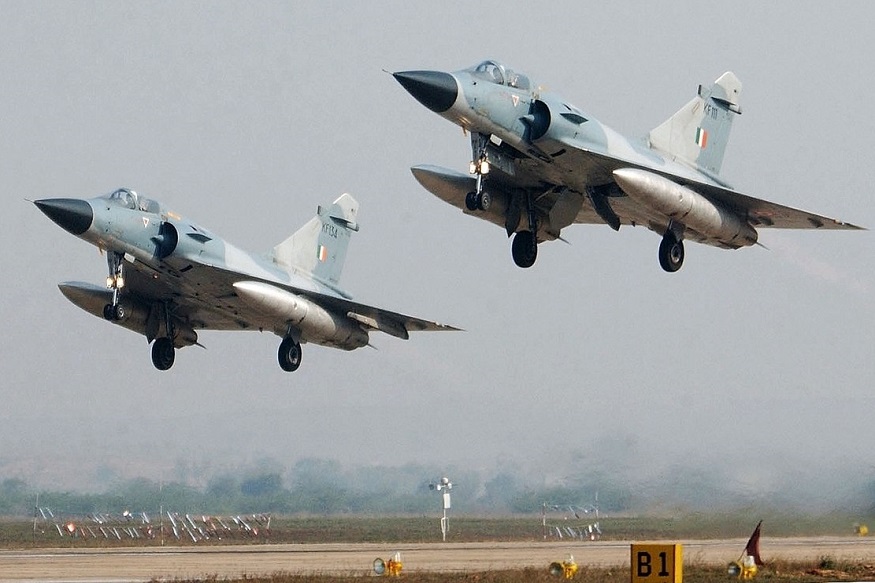 India shot down Pakistan Air Force aircraft on Wednesday after it violated the Indian airspace in the Nowshera sector. However, while responding to the incursion by the Pakistan Air Force, India also lost a MiG 21 and the pilot is missing in action, said spokesperson ministry of external affairs, Raveesh Kumar. He said that Pakistan claims to have the pilot is in their custody, we are ascertaining the facts, he added.

The Pakistani aircraft fell in their territory, he added without revealing whether the aircraft that was shot down was an F-16 or not.

Pakistan confirmed the incursion into Indian airspace and said the aim was to demonstrate ‘our right, will and capability for self-defence.’

On Tuesday, India carried out a pre-emptive, non-military strike on the biggest Jaish-e-Mohammed training camp located in Balakot in Pakistan. Many JeM leaders and trainers were eliminated in the strike. This was twelve days after a CRPF convoy of 78 vehicles was attacked by a suicide car bomb, taking the life of 40 personnel.

The government did not reveal the details, but reports said that in the wee hours of Tuesday, a group of Mirage 2000 Indian fighter jets struck a major terrorist camp across the LoC and completely destroyed it, reported ANI quoting Indian Air Force sources. The strikes at Balakot, which 40 km from Muzaffarabad, capital of Pakistan Occupied Kashmir (PoK) is believed to have killed 300 terrorists. Pakistan said it will retaliate.

Since then Pakistan violated ceasefire and resorted to heavy shelling at more than 10 places along the Line of Control (LoC), leaving five Indian Army personnel injured.

10:21 PM Feb 27, Wednesday: Cross border terror attack in Pulwama was a reality. Balakot Operation was India’s anti-terror preemptive strike to defend its sovereignty.Whole  nation has spoken in one voice. Why, then is India’s opposition alleging that Govt is politicising our anti-terror Ops?

09:45 PM Feb 27, Wednesday: All govt and private schools within a range of 0 to 5 Kms from International Border to remain closed tomorrow

09:37 PM Feb 27, Wednesday: PM tells services chief, do what you have to defend the country. Sources said armed forces will give a fitting response to Pakistan’s incursion very soon.

08:55 PM Feb 27, Wednesday: Due the closure of Pakistani airspace by its government, Air Canada has temporarily suspended service to India.

08:50 PM Feb 27, Wednesday: We have not yet received any instructions from the authorities about any change to the current running of the Samjhauta Express, we will follow whatever directions are received in this regard, Railway Minister, Piyush Goyal.

07:30 PM Feb 27, Wednesday: UK PM Theresa May: UK is deeply concerned about rising tensions between India & Pakistan and urgently calls for restraint on both sides to avoid further escalation. We’re in regular contact with both countries, urging dialogue and diplomatic solutions to ensure regional stability. We are working closely with international partners including through the UN Security Council to de-escalate tensions and are monitoring developments closely and considering implications for British nationals.

06:45 PM Feb 27, Wednesday:  India strongly objected to Pakistan’s vulgar display of an injured personnel of the Indian Air Force in violation of all norms of International Humanitarian Law and the Geneva Convention. It was made clear that Pakistan would be well advised to ensure that no harm comes to the Indian defence personnel in its custody. India also expects his immediate and safe return: India to Pak envoy.

Acting High Commissioner of Pakistan was summoned this afternoon by MEA to lodge a strong protest at unprovoked act of aggression by Pakistan against India earlier today, including violation of the Indian air space by Pakistan Air Force &  targeting of Indian military posts.

This is in contrast to India’s non-military anti-terror pre-emptive strike at a JeM terrorist camp in Balakot on 26 Feb 2019.t is unfortunate that instead of fulfilling its international obligation & bilateral commitment to take credible action against terrorist entities and individuals operating from its soil, Pakistan has acted with aggression against India.

India also strongly objected to Pakistan’s vulgar display of an injured personnel of the Indian Air Force in violation of all norms of International Humanitarian Law and the Geneva Convention.

It was made clear that Pakistan would be well advised to ensure that no harm comes to the Indian defence personnel in its custody. India also expects his immediate and safe return.

ALSO READ: Geneva Convention: Everything you need to know

05:40 PM Feb 27, Wednesday:  Rahul Gandhi: I’m sorry to hear that one of our brave IAF pilots is missing. I hope he will return home soon, unharmed. We stand by our armed forces in these difficult times.

“It was our plan to not cause any collateral damage, and not to cause any casualties.We simply wanted to show capability. Two Indian Migs crossed Pakistan’s Borders, and we shot them down. I want to now address India and say let sanity prevail.

All wars in world history have been miscalculated, those who started the wars did not know where it will end. So, I want to ask India, with the weapons you and we have, can we afford miscalculation?

If a war talks place, it will not be in my or Narendra Modi’s control. If you want any kind of talks on terrorism, we are ready. Better sense must prevail. We should sit down and talk.”

ALSO READ: All you need to know about IAF’s MiG fighter jets

IGP Kashmir SP Pani on today’s Shopian encounter: Two terrorists belonging to JeM were killed in today’s encounter. One terrorist belonged to Pakistan and one was a local. Police has started the investigation.

01:30 PM Feb 27, Wednesday: Finance Minister Arun Jaitley “A week is too long a time for any country. If you look at the last 24 hours, one week would appear to be a day. The kind of things we see…I remember when the US Navy SEALs had taken Osama Bin Laden from Abbottabad (Pakistan), then can’t we do the same?”

“This used to be just an imagination, a desire, a frustration, a disappointment. But today this is possible.”

01:10 PM, Feb 27, Wednesday:  Flight operations at Dehradun airport also have been temporarily suspended. Due to operational reasons, the airspace at Amritsar has been closed for now. No commercial flights are coming to Amritsar, there is no base here, so flights are not even taking off from here.

#BREAKING | Many international flights turned back from Pak airspace. Singapore 308 bound for Heathrow turned back. pic.twitter.com/3fHwv4ZIQG

12:25 PM, Feb 27, Wednesday:  Mohammad Faisal, Pakistan’s MoFA spokesperson: PAF undertook strikes across LoC from Pakistani airspace. Sole purpose of this action was to demonstrate our right, will and capability for self defence. We do not wish to escalate but are fully prepared if forced into that paradigm.

12:01 PM, Feb 27 Wednesday: Parachute seen as Pakistan Air Force’s F-16 was going down, the condition of the pilot is unknown

Parachute seen as Pakistan Air Force’s F-16 was going down, condition of the pilot is unknown https://t.co/yfcHxDjlXn

11:53 AM, Feb 27 Wednesday: The aircraft that crashed in Jammu & Kashmir’s Budgam was IAF’s Mi-17 transport chopper.  The aircraft was airborne from Srinagar airfield at 1000 hrs for a routine mission. It crashed around 1010 hrs near Budgam, J&K. All six air warriors on board helicopter, suffered fatal injuries. A court of inquiry has been ordered to investigate accident.

“The jets entered into Indian air space over Nowshera sector this morning,” the official said.

They were immediately pushed back by Indian jets on air patrol

#Visuals from the crash site of a military aircraft in Jammu & Kashmir’s Budgam.@IAF_MCC #Budgam #JammuKashmir pic.twitter.com/EZX9JK8YEX

07:00 AM, Feb 27, Wednesday: Ceasefire violation has also been reported in Uri sector of Baramulla, district. Gunfights broke out at Baramulla, Poonch.

The Indian Army retaliated in a befitting manner and destroyed five forward posts of Pakistan in Rajouri and Poonch districts.

Pakistani troops were seen firing mortars and missiles from civilian houses, using villagers as human shields. However, the Indian Army targeted Pakistani posts away from civilian localities, the Army said.