Deciding on a movie? Get reviews from the world’s first ‘feminist’ film app | Newsmobile
Wednesday, February 8, 2023

Home Lifestyle Deciding on a movie? Get reviews from the world’s first ‘feminist’ film...
ShareTweetGoogleWhatsappPrint
Mail

With feminism on the rise, real women issues seeing daylight and more and more people openly talking about women empowerment and defaming sexual undertones directed at a woman’s modesty – a new App that helps you decide the sexist level in a film, could just be the ideal move forward.

A new mobile application called Mango Meter, launched in February in Jakarta, Indonesia, allows users to do just that. Its founders describe it as the world’s ‘first feminist film review’ app.
Supported by the German non-profit Friedrich-Ebert-Stiftung Foundation’s political feminism programme in Asia, the app is the idea of six women from the region. The birth of this novel idea itself came up while they were discussing the influence of popular culture over perception.

“Film is such a powerful and influential medium, yet it is very problematic in its portrayal of women, and in perpetuating stereotypes,” Devi Asmarani, one of the six founders, told the Thomson Reuters Foundation.

She further stated that this was the reason for the app. “So we decided to create a movie rating app – like Rotten Tomatoes, but with a feminist lens – so we can spark a bigger conversation about sexism and misogyny in the movies.”

The app is not limited to Indonesian movie industry but encompasses movies from Hollywood, Bollywood, China, Bangladesh and more. The rating is based on a series of questions that the users can answer. They cover topics such as representation, agency, sexuality, and intersectionality.
Based on the responses, each film on Mango Meter gets a rating of one to five mangoes, depending on how sexist or feminist it is.

“Our questions go a little deeper,” said Asmarani, editor-in-chief of an Indonesian feminist magazine.
“We look at whether the movie portrays a western notion of beauty, whether it addresses marginalised communities, whether it talks about class,” she said.

No other time could have been more opportune like now. With the #MeToo movement gaining momentum in Hollywood and India’s Bollywood and other areas, the need to highlight women issues has become even more pronounced. 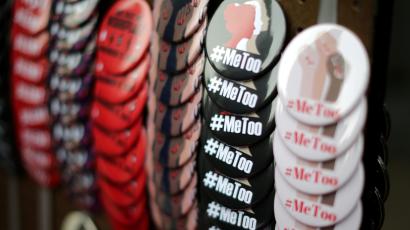 The on-screen stereotypes need to be broken and this could be one of the ways to achieve it through a medium of movies that has immense mass appeal.

Asia has been slower to change, with too few female directors and screenwriters, and with persistent stereotypical depictions of women that are “quite problematic”, said Asmarani.
“Their depiction of abusive behaviour like stalking or coercion as being acceptable has real consequences,” she said.
In India, for example, women’s rights groups have consistently targeted the movie industry for glorifying the sexist issue.

Other recent efforts include calling out sexist lyrics in film songs and a plea to end the so-called item numbers or songs, which often have little to do with the subject of the movie, and typically feature skimpily clad women.
A unique way to have the industry listen to ‘real’ issues.