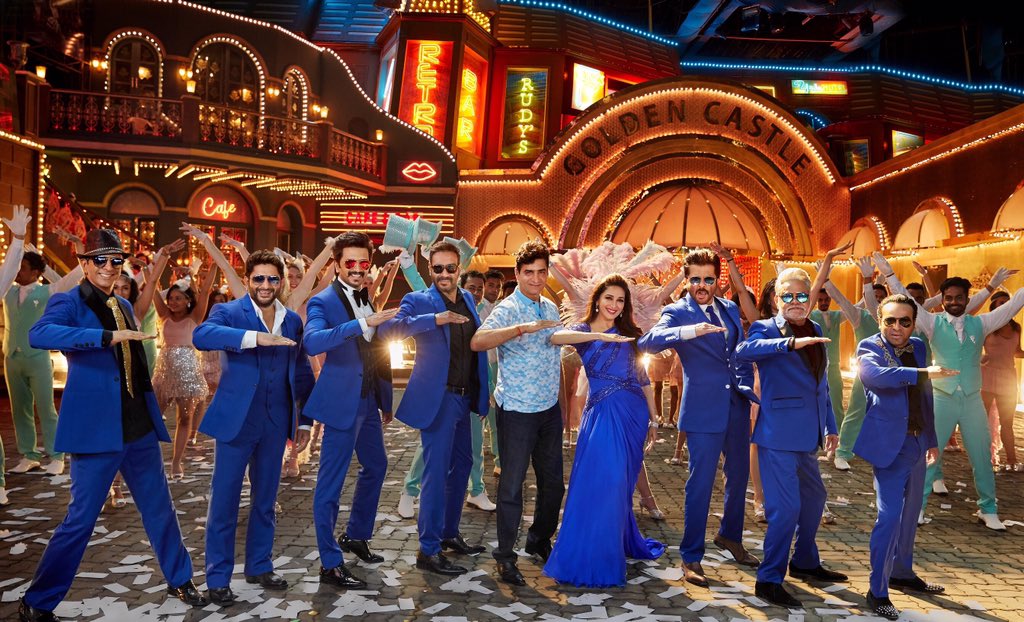 The multi-starter ‘Total Dhamaal’, which opened to mixed response, earned Rs 16.50 crore on the first day of its release.

Indian film critic and trade analyst Taran Adarsh took to his Twitter handle to share the box office collection of the film.

‘Total Dhamaal’ also brings back the magical duo of Anil and Madhuri after a hiatus of 19 years and the fans can’t get enough of them.

The film became the second highest opener of the year after the last week’s ‘Gully Boy’.

According to Box Office India, the comedy riot has scored big in mass markets all over with places like Rajasthan, CP Berar, Bihar, and Gujarat.

The promos and songs of the film were not received well by the audiences and the movie opened to mixed reviews by the critics.

In the wake of the recent Pulwama terror attack, the film did not release in Pakistan. The makers of the film took the decision and Ajay Devgn took to his Twitter handle to share the news.

The cast and crew of ‘Total Dhamaal’ also donated Rs. 50 lakh to the families to the CRPF personnel, who lost their lives in the ghastly terror attack.

The film is the third sequel to the 2007 ‘Dhamaal’ and much like its first part, ‘Total Dhamaal’ follows a group of people, who are trying to outrun each other in their quest for hidden treasure.