Thousands of farmers embarked on a 180-km march from Nashik to Mumbai for the second time in the last 12 months to protest against what they termed as the ‘betrayal’ of peasants by the BJP governments at the state and centre.

The march organisers on Thursday said that the decision to continue the march was taken after late night parleys with Maharashtra government to address their demands remained inconclusive. They have three major demands.

The Kisan Long March-2, expected to take over nine days to complete, is being organised by the CPI(M)-backed All India Kisan Sabha (AIKS).

The march could not be taken out Wednesday as police stopped many farmers from reaching Nashik, the AIKS claimed. Maharashtra minister Girish Mahajan met some AIKS representatives in Nashik Wednesday night.

“We held talks with the minister for over three hours. The government appeared positive to 80 per cent of our demands. The minister said he would speak to Chief Minister
Devendra Fadnavis first,” AIKS president Ashok Dhawale said.

Kisans on their long march to Mumbai observe a minute of silence for their fallen brothers – the #CRPF Martyrs of Pulwama.
Jai Jawan, Jai Kisan!#KisanLongMarch #KisanMarchesAgain #BJPBetraysKisans https://t.co/QQQD3ZJb9x

The AIKS has accused the government of not fulfilling assurances given to farmers last year after they marched between the two cities, seeking farm loan waiver, minimum support price for crops, irrigation facilities and provision of pension to agriculturists.

The AIKS also said it is opposed to the multi-billion dollar Mumbai-Ahmedabad bullet train project which has seen several farmers along the proposed route approach court
against land acquisition.

This Long March is expected to be double in size compared to the one held last year. While the last Long March began with around 25,000 peasants, this time the number at the starting point is expected to cross 50,000.

Along with the lion’s share of farmers from Nashik district, this time there will be a huge contingent from Thane-Palghar district, followed by Ahmednagar district, the post said. Several other districts in Marathwada, Vidarbha, Western Maharashtra, Northern Maharashtra and Konkan regions will also be well represented.

The AIKS has planned this march to condemn the BJP-led state and central governments for the utter betrayal of their own assurances given to farmers and agricultural workers. This betrayal has further intensified the grave agrarian crisis. This march is, therefore,  being held with three major objectives in mind. 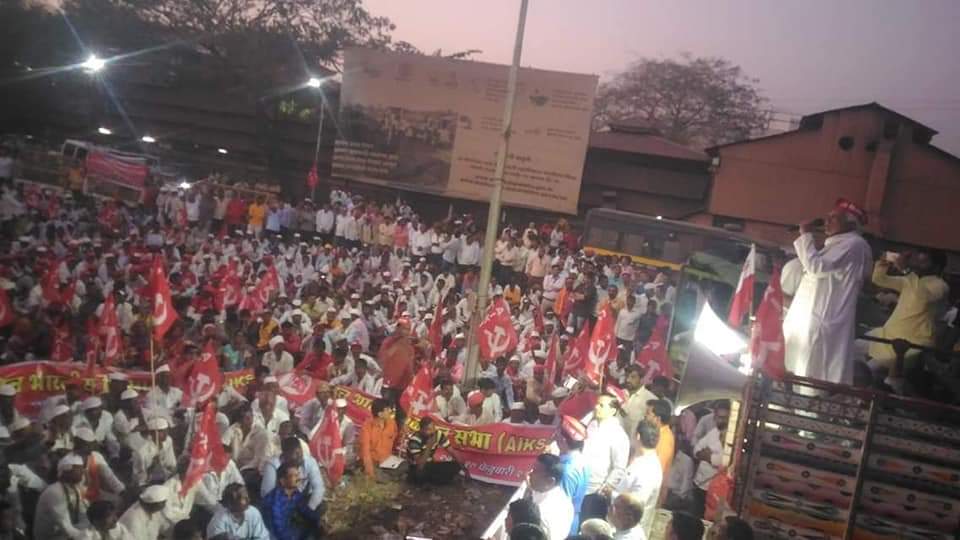