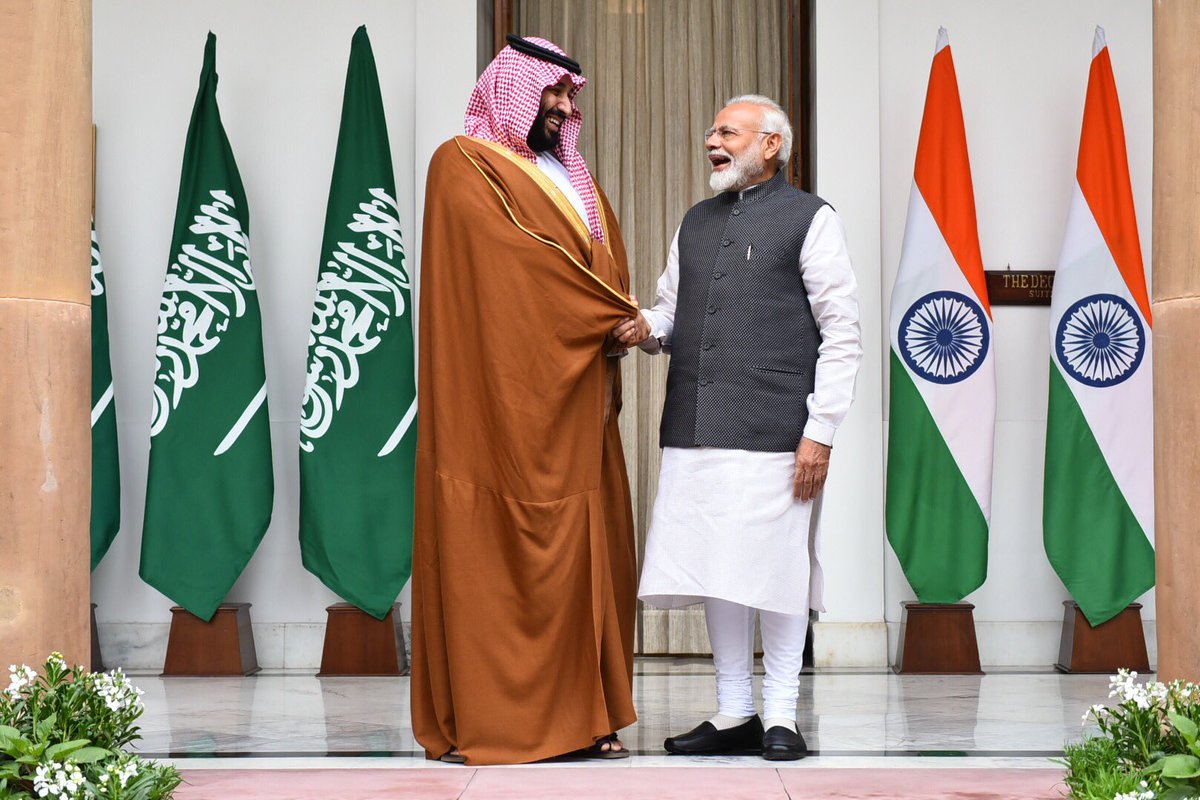 Saudi Arab will be investing $100 billion in India in areas like energy, refining, petrochemicals, infrastructure, agriculture and manufacturing.

At the request of the PM Modi, the Crown Prince of Saudi Arabia has ordered the release of 850 Indian prisoners lodged in Saudi jails. 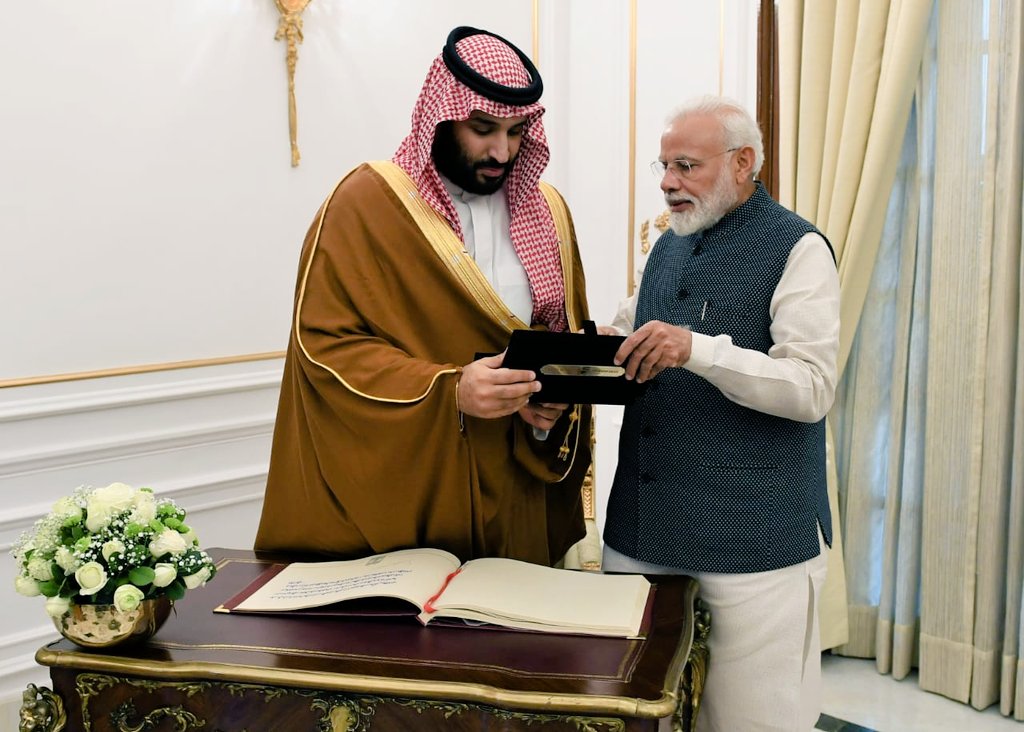 At the request of Prime Minister Narendra Modi, the Saudi Crown Prince has also announced the increase in quota for Indian Haj pilgrims to 200,000

His Royal Highness the #SaudiCrownPrince announced the increase in quota for Indian Haj pilgrims to 200,000 at the request of PM @narendramodi. pic.twitter.com/FrPR3hc2eD

After the delegation level talks, the Prime Minister earlier said, “India and Saudi Arabia have agreed to strengthen ties in the renewable sector too.”

Welcoming Saudi Arab’s entry into the International Solar Alliance, the Prime Minister stated that the ties between two countries for cooperation on energy sector should also be taken to the level of ‘strategic partnership’.

ALSO READ: During his India visit Saudi Crown Prince says terrorism is a…

Saudi Arabia condemned in the strongest terms the recent attacks in Pulwama in Jammu and Kashmir. “India and Saudi Arabia called on other countries to denounce terrorism as a state policy, cut off support and financing from all territories. Both leaders underlined comprehensive sanctioning of terrorists by the United Nations,” the MEA spokesperson said.