Amid the deadly terror attack on the CRPF convoy on Wednesday in which 40 soldiers were martyred, a picture is making rounds on Social Media in which Prime Minister Narendra Modi is seen with 26/11 mastermind Hafiz Saeed.

(Translation: Who is India’s hidden real traitor? Why RSS and BJP are quite?
Azam Khan released photo Hafiz Saeed and Modi meet in Pakistan
Look who are the traitors)

ALSO READ: Fact Checked: This CCTV footage is NOT from Pulwama attack

When NewsMobile Fact Checked the picture we found that the above picture is morphed. 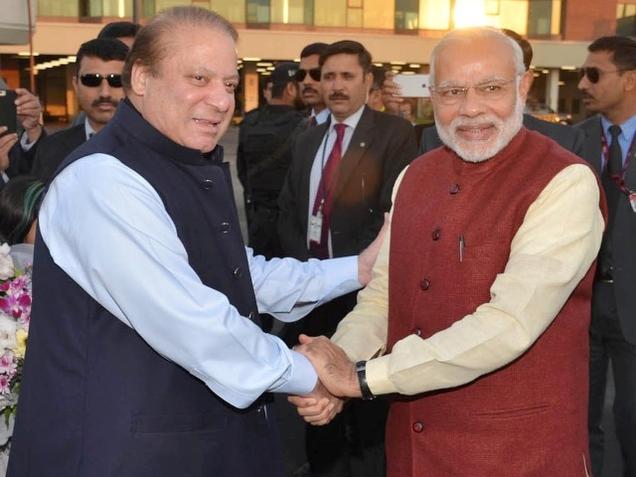 The picture was clicked when PM Modi made an unscheduled stopover in Lahore on his way back to India in December 2015 on Sharif’s birthday.

If we look both images closely, it’s very clear that Nawaz Sharif’s head was replaced by Hafiz Saeed.