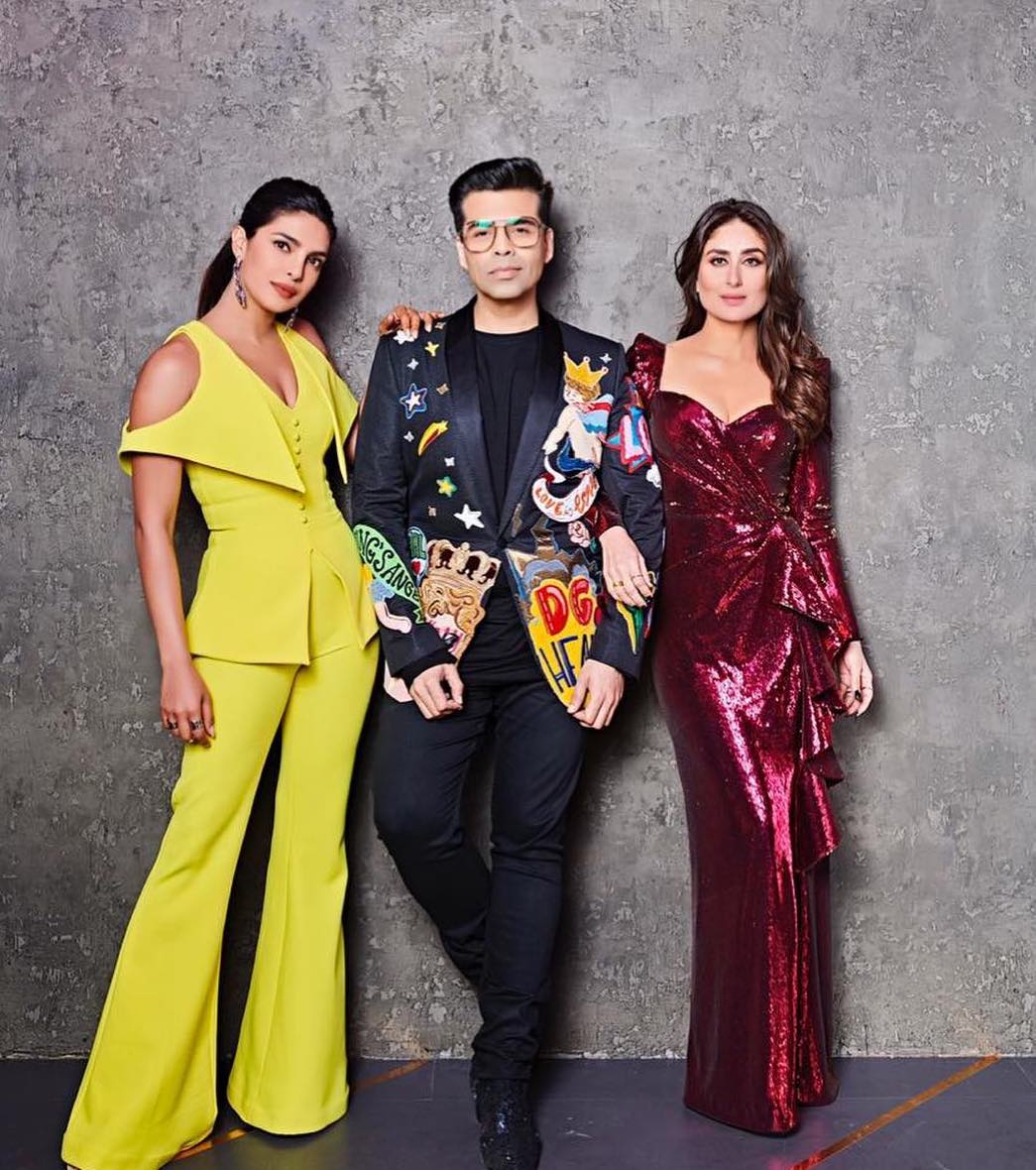 The Koffee with Karan season 6 has been a surprise package so far with the usual controversies and unconventional guests coming together on the couch like Alia – Deepika, Akshay – Ranveer, the contemporaries who are touted against each other, Vicky – Ayushmann, the father-daughter duo Saif Ali Khan – Sara, the siblings Sonam – Rhea and Harshvardhan. The season finale is around and the promo is out which has Kareena Kapoor Khan and Priyanka Chopra Jonas coming together after Bebo dissed Priyanka and Priyanka responded by jibing Saif about his accent on the earlier season of KWK. The controversy made headlines and the stars have never been seen together since on the big screen.

Watch the promo for the upcoming episode here –

The Bollywood beauties seemed to have moved on from the controversy and put it in the past. There is a common connection between the two – In the promo, Kareena reveals that Saif proposed to her in Greece to which Priyanka chimed in and revealed that it was the same for her. The glimpse shows us the vibe and the audiences are looking forward to this fun season finale.

Karan Johar also shared pictures of the megastars on his Insta handle.

According to the promo, Kareena tells Priyanka to not forget her roots as Priyanka said on the show that she wasn’t aware who Varun Dhawan was dating. Kareena is seen telling PeeCee that she should also know what is going on in the Hindi film industry circle.

Priyanka is currently working on her upcoming film ‘The Sky is Pink’ which is being directed by Shonali Bose. While Kareena is currently busy with two films, ‘Good News’ with Akshay Kumar and Diljit Dosanjh and Karan Johar’s much-awaited ‘Takht’.