Outrage over Kamal Haasan’s ‘plebiscite’ comment; he says it was reported out of context | Newsmobile
Monday, June 27, 2022

Home Home Slider Outrage over Kamal Haasan’s ‘plebiscite’ comment; he says it was reported out... 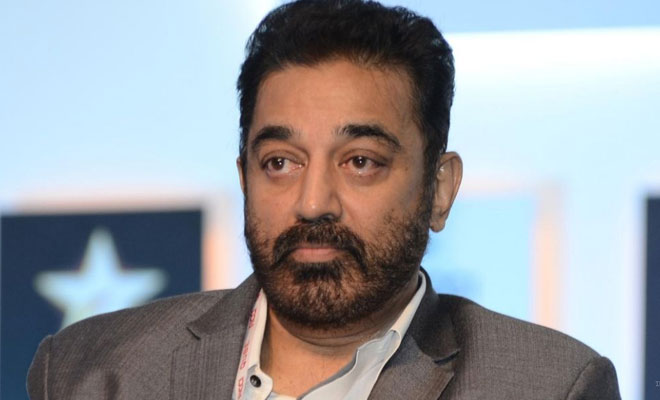 Actor-turned-politician Kamal Haasan on Monday said his comment on demanding ‘plebiscite in Kashmir’ was reported out of context by the media.

Makkal Needhi Maiam issued a clarification saying that the party president stands shoulder-to-shoulder with the armed forces in this hour of grief.

In a press statement issued by Makkal Needhi Maiam dated February 18, the party said, “Makkal Needhi Maiam strongly condemns the report in English News Channel, which has completely twisted the words of our Party President Mr Kamal Haasan out of context. Our President and our Party stand shoulder-to-shoulder with the armed forces in this hour of grief.”

“It is to show our respect and share the grief that our President spoke to Mr Vijay Kumar, advisor to Jammu and Kashmir Governor and also to the bereaved parents of the martyrs from Tamil Nadu.”

It added that the Makkal Needhi Maiam firmly believes that entire Kashmir is an integral part of India and stands firmly with our armed forces, para-military and central police forces who defend it selflessly.

“The references made in the English News channel report were mentioned by our Party President in the context of a magazine article published three decades ago about an option that was available at one point in time of history. This is no longer relevant and is in no way an indication of his position or Party’s position today,” the party said.

At an event here on Sunday, the Makkal Needhi Maiam leader Haasan batted for a plebiscite in Kashmir and questioned the government as to what they are “afraid of”.

He said, “Why India is not holding a plebiscite in Kashmir? What are they (government) afraid of?”

Referring to Pakistan occupied Kashmir (PoK) as ‘Azad Kashmir’, he said: “In Azad Kashmir, they are using Jihadis’ pictures in trains to portray them as heroes. That is a foolish thing to do. India too behaves with an equal amount of foolishness, it is not a correct thing to do. If we want to prove that India is a far better country then we should not behave like this. That is where politics begins, a new political culture begins,” he said.

Talking at length about Kashmir and problems plaguing in the region, Haasan said that if India and Pakistan ‘behave well’, the Line of Control (LoC) will be under check.

He added, “Why do soldiers die? Why should those guarding our home (border) die? If both sides (India and Pakistan) behave properly, no soldier needs to die. The Line of Control will be under control.”

On being asked about the ghastly Pulwama terror attack on CRPF convoy in which nearly 40 jawans lost their lives on February 14, the leader said: “When I was running a magazine called ‘Maiyam’, I wrote on the Kashmir issue and what is expected. Hold plebiscite and make people talk…why have they not conducted it? What are they scared of? They want to divide the nation, that’s all.”