Toxic dating trends you should watch out for | Newsmobile
Monday, September 26, 2022

Whoever said dating was a tricky game in today’s social media times, was absolutely right! While technology has made our life easier, it also has made dating undeniably more complicated.

Now that social media and dating apps have infiltrated our love lives, relationships can get confusing in entirely new ways. It’s easier than ever to meet new romantic prospects, as well as disappear from their lives, pop back in again, and/or generally them.

As new dating behaviors arise, so too do new viral terms to describe them. In fact, there are so many weird-sounding dating terms circulating these days that it’s hard to keep track.

Ghosting- Ghosting has been a part of our dictionary for years. This is where an impostor goes from being in a romantic relationship with an individual to cut off all contact without any warning. Phone calls aren’t received, messages grow old without being responded to, while social media profiles are often blocked or unfollowed.

Catfishing- This term is used for people who create fake dating and social media profiles. This involves using others’ photos without their consent. The imposter lies about everything from their personal history to what they do for a living.

People engage in this activity because either they are dissatisfied with their own lives or simply want to manipulate others.

Kittenfishing- Not as extreme as Catfishing but still deceptive. It’s when they exaggerate their qualities on a dating site with tactics like using old photos or embellishing their talents or successes.

Stashing- On the surface, the relationship might seem perfect.  You go out all the time, they text you consistently, and you’re spending almost every weekend at their apartment. There’s just one problem, you haven’t met a single one of their friends or family members, and they haven’t posted any photos together on social media. In other words, they’re keeping you separate from the rest of their life, possibly in order to date other people at the same time.

Phubbing- Phubbing is a combination of the words ‘phone’ and ‘snubbing’. If they would rather check their Twitter mentions than listen to what you have to say at dinner, you know exactly what this is. Given that many of us are glued to our phones on a daily basis this trend is on a rise. 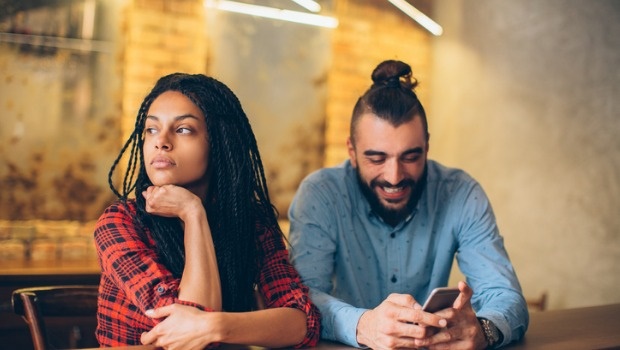 Benching- Benching is another term for leading someone on. It means when someone keeps a potential partner on the romantic back burner. They don’t make serious moves to deepen the connection, but they don’t extinguish the hope of a future relationship, either. It’s like when an athlete is benched during a game: They’re not actually playing but they might get put in later if the coach needs them. People who engage in this type of behavior generally aren’t willing to commit to someone, fear to end up alone, or just want an ego boost.