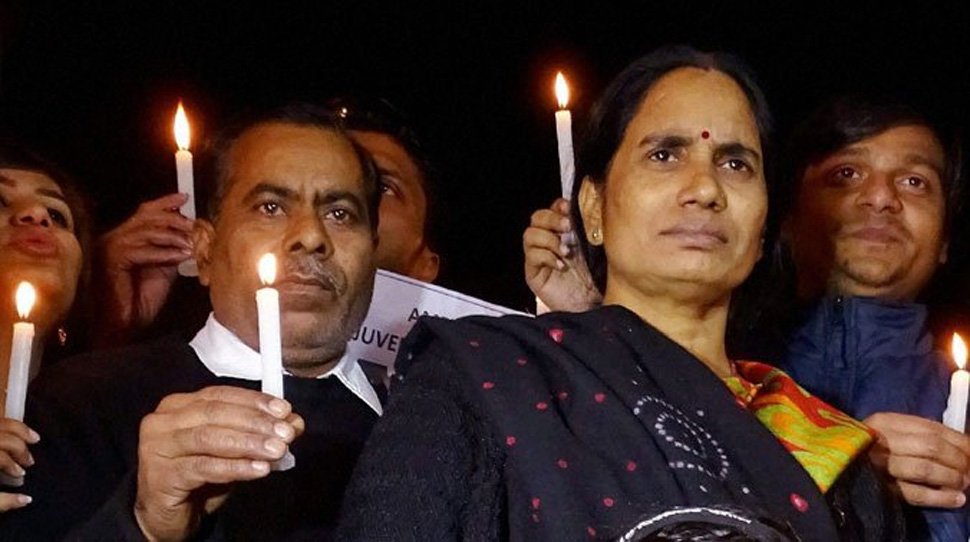 The parents of the physiotherapy student, who was raped and murdered in December 2012 in New Delhi, have approached the Patiala House Court to expedite the procedure to hang all the four death row convicts in the case, news agency ANI reported on Thursday,

The agency said the hearing in the plea will be held on March 2.

Supreme Court on December 12, 2018, dismissed the PIL filed by a lawyer, Alakh Alok Srivastava, seeking a direction to the Centre to execute the death penalty awarded to four convicts — Mukesh, Pawan, Vinay and Akshay — in the sensational Nirbhaya gangrape and murder case.

After noting that the petition is devoid of merits, the division bench of the Apex Court, headed by Justice Madan Bhimrao Lokur and Justice Deepak Gupta, dismissed the petition of Srivastava, stating, “What kind of prayer are you have making? Dismiss.”

In 2012,  the 23-year-old paramedic student was gang-raped on December 16 inside a running bus in South Delhi by six persons. The victim, who was severely assaulted, was thrown out on the road along with her male friend. She succumbed to injuries at Mount Elizabeth Hospital in Singapore on December 29, where she had been airlifted for medical treatment.

ALSO READ: Indrani Mukerjea may appear in person as a witness in INX Media case

The incident led to a huge public outcry, prompting the government to overhaul anti-rape laws.

Out of the six rapists, one of the accused, Ram Singh, committed suicide by hanging himself in the prison, while another, a juvenile served the maximum punishment of three years in a reform home and was set free in 2015.

The petition, filed by Srivastava, stated that a delay in execution of death penalty “apparently gives an impression in the minds of the rapists that they would also be harmless if they commit such heinous crimes”.

The plea had also sought guidelines to prescribe strict timelines for speedy execution of death row convicts in rape-cum-murder cases. It further said that the fate of the accused must be decided within a period of eight months from the lower court to the apex court.

In July 2018, the apex court had dismissed the pleas filed by Mukesh, Pawan, and Vinay seeking review of the SC verdict which had upheld the judgments of the Delhi High Court and the lower court awarding death punishment to them.