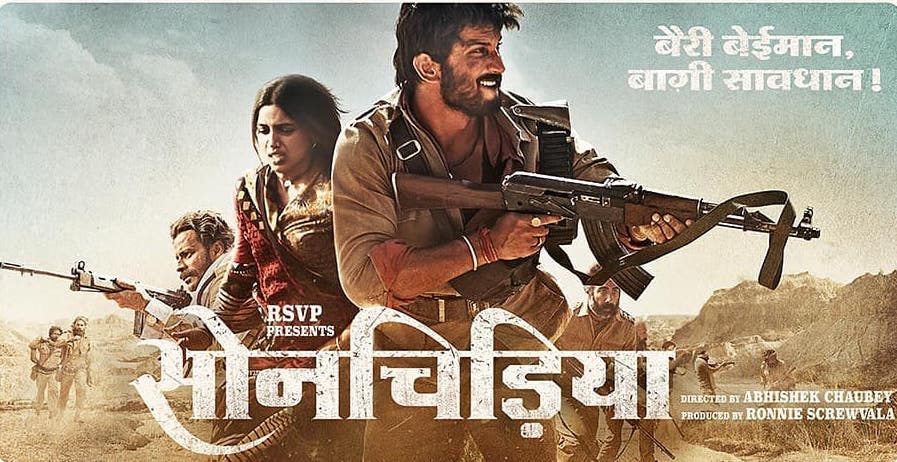 Director Abhishek Chaubey of the ‘Udta Punjab’ fame is back with a dacoit drama ‘Sonchiriya.’ The trailer was out on Monday and has been touted to be a gripping tale and garnered the audience applause for its rustic look and feel.

The story is set in 1970’s chambal and RSVP productions has taken out a clever marketing campaign to promote the film on its social media handle. The numerous posts have managed to grab eyeballs.

The trailer shows in true ‘Wasseypur style’ the inter-gang wars between the multiple dacoit groups fighting for power  and control of a dacoit dominated area while the government takes over to hunt them down. Bhumi looks great in a fiery ‘avatar’ as she takes charge of her honour and respect. The trailer depicts Sushant, Ranvir and Manoj as dacoits who fight for control as Ashutosh’s character is trying to bring them down.

The actors look like they have prepared deeply and gone into the skin of the characters. Their rustic look, the demeanour and the mannerisms have been extensively worked on to match the characters and look fit for the role of dacoits.