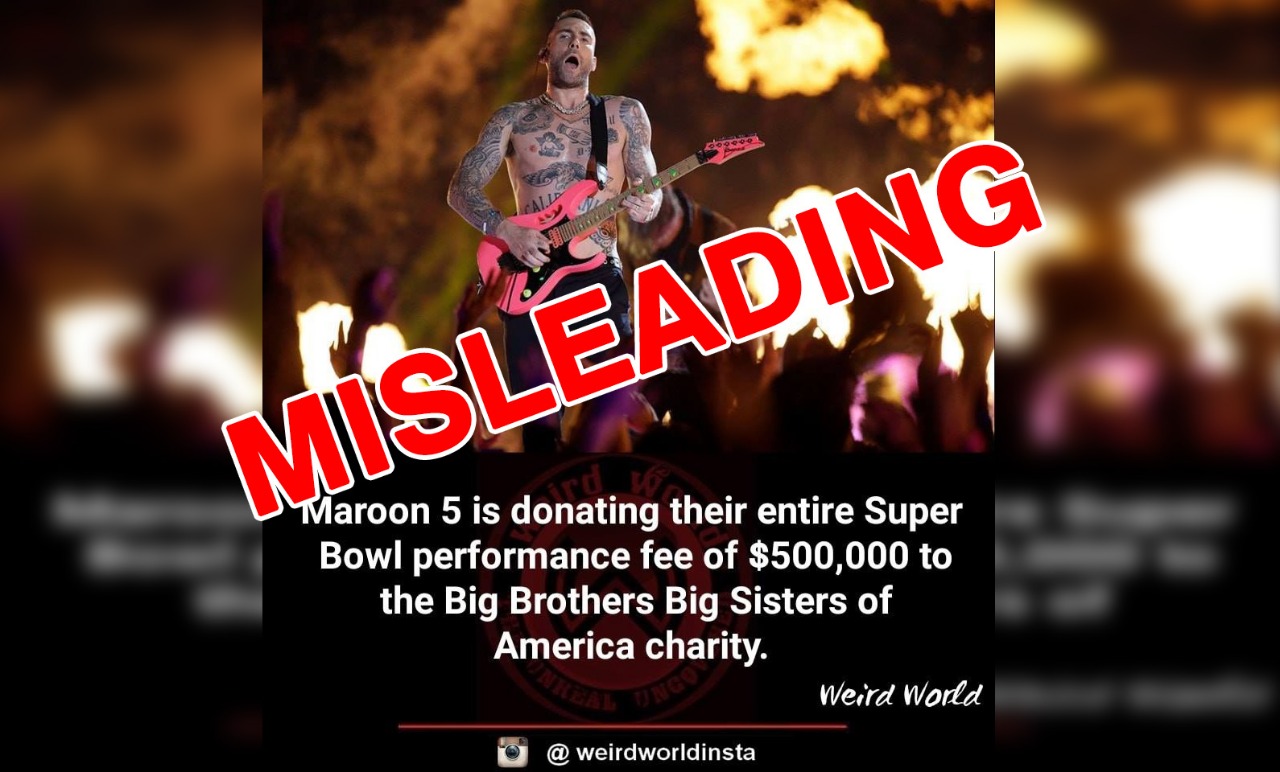 Following the Super Bowl in the United States, popular pop band Maroon 5 made their way through headlines not only for the half-time performance but their $500,000 charity.

Few reports and Facebook posts claim that Maroon 5 donated the full performance earnings worth $500,000 to the Big Brothers Big Sisters of America charity.

A picture post on Facebook with the read: “Maroon 5 donating their entire Super Bowl performance fee to the Big Brothers Big Sisters of America charity.”

The above claim was derived from an article on Sport Bible which was titled as: “Maroon 5 Is Donating Their Entire $500,000 Super Bowl Fee To Charity”

ALSO READ: This heartwarming picture of an elephant carrying a lion cub is…

Several Facebook users also shared the articles with the same claim that they Donated their earnings from their Super Bowl performance.

On Fact Checking the claims, we found that the viral posts are bit misleading.

It is true that Maroon 5 along with the NFL and Interscope Records accounced donation $500,000 donation to Big Brothers Big Sisters of America ahead of the big Super Bowl game, but the band didn’t receive any performance fee.

On Tuesday morning, E! News confirmed that Maroon 5, the NFL and Interscope Records made a $500,000 donation to Big Brothers Big Sisters of America ahead of Sunday’s big game.

Hence, though Maroon 5 donated $500,000 but it was not their performance fee of Super Bowl half-time performance.

In Video: Tractor Breaks Into Two Parts After Collision With Mercedes...