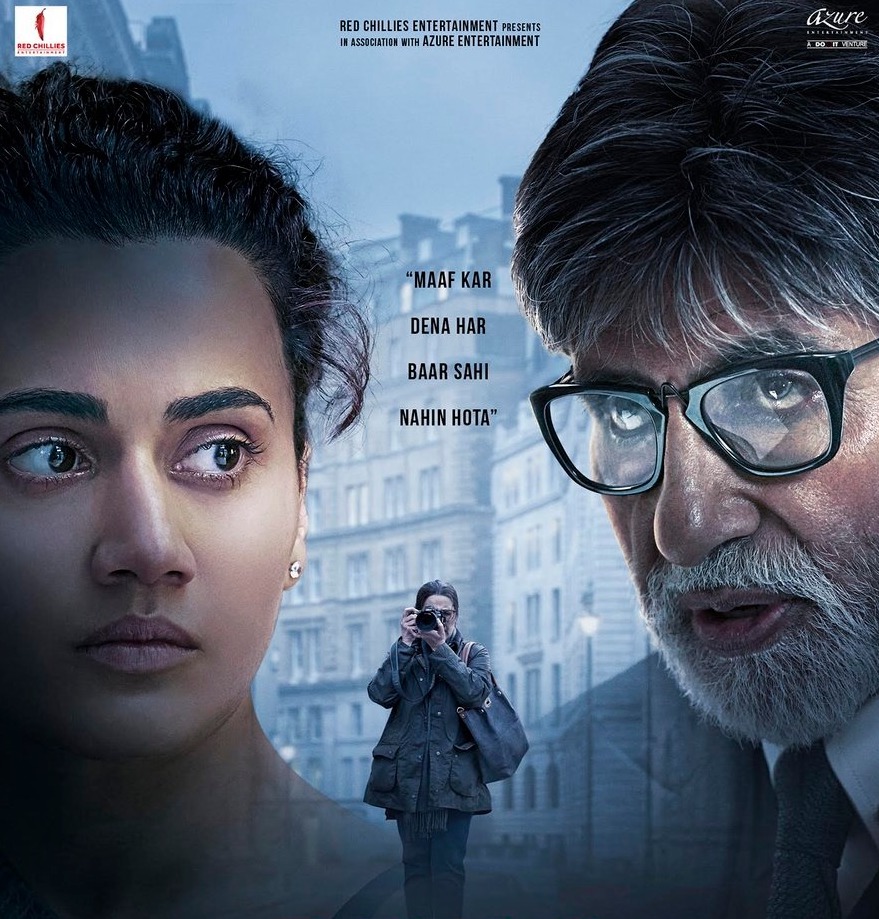 After the huge success of the critically acclaimed film ‘Pink’, Sr Bachchan and Taapsee Pannu collaborate once again to star in an intense revenge thriller titled, ‘Badla.’ The trailer has just been dropped and it has fans on the edge of their seats already keeping them guessing with the many twists and turns. The trailer has set the tone right from the first frame on and will be highly anticipated by the fans.

The first look of the film was shared by SRK yesterday on twitter with an uncanny caption. Shah Rukh Khan shared a tweet saying, “Main aap se Badla lene aa raha hoon @SrBachchan saab! Taiyaar rahiyega…”. SRK’s company Red Chillies Entertainment and Azure Entertainment bring the film together for the audiences. The poster generated a lot of conversations and kept the fans eagerly awaiting the trailer.

The film is touted to be a remake of the Spanish thriller film, ‘The Invisible Guest’ which released in 2016. The Sujoy Ghosh film is all set to release on March 8, 2019. Sujoy Ghosh is known for exploring the thriller genre in his filmography with the likes of ‘Kahaani’ and short films like ‘Ahalya’ and ‘Anukul’.