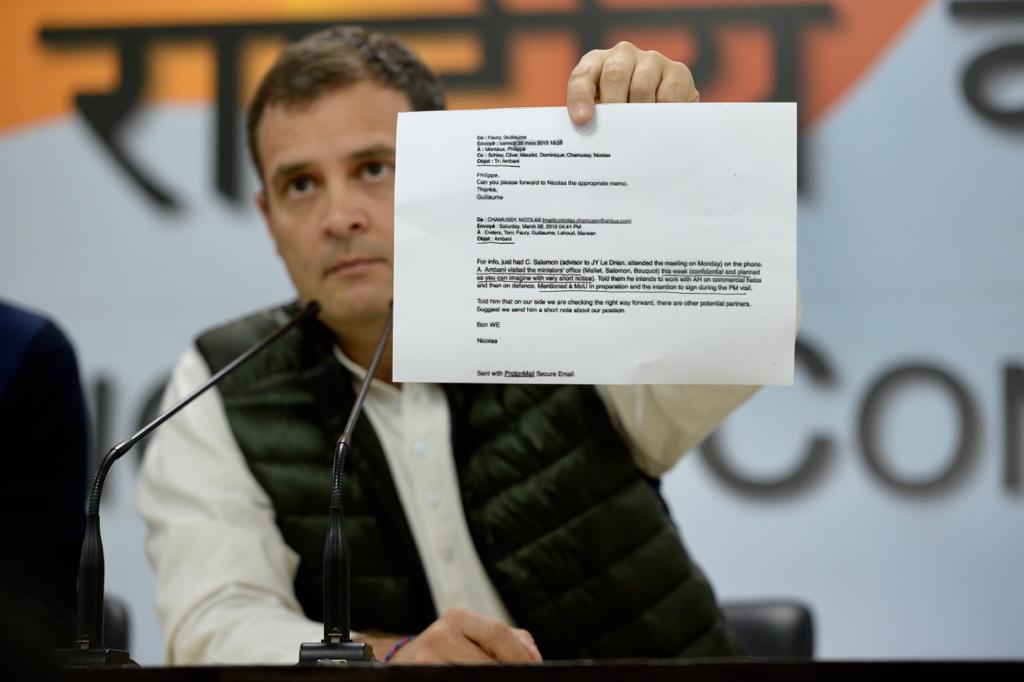 Congress President Rahul Gandhi fired another salvo at the Prime Minister on Tuesday saying that PM Modi acted as a middle man for the industrialist Anil Ambani and that he violated the Official Secrets Act by divulging confidential Defence information relating to the Rafale deal to the businessman.

ALSO READ: Do your politics but don’t insult Indian Army and Martyrs,’ Rajyavardhan…

“An email has come into light that states “A. Ambani visited the Minister’s office… Mentioned MoU in preparation & intention to sign during PM visit”. How is Anil Ambani meeting the French Defence Minister prior to PM’s visit?” said Rahul Gandhi referring to the e mail of an Airbus executive.

Gandhi also said that the Defence Minister says he doesn’t know about the new deal, whereas Anil Ambani is sitting in the French Defence Minister’s office saying PM will sign an MoU with him involved. This is the breach of the Official Secrets Act.

ALSO READ: Elections2019: The Youngistan political stars who may shine in these elections

“Earlier there was one axis of corruption, second axis of procedure. This is the third, and frankly a serious one, where PM Modi has compromised national security. This is clear cut,” Congress President said.

“Supreme Court judgement is open to question. It does not have jurisdiction and has quoted the CAG report which does not exist,” he added. He also attacked the Comptroller and Auditor General (CAG) and called him the ‘Chowkidar Auditor General’.