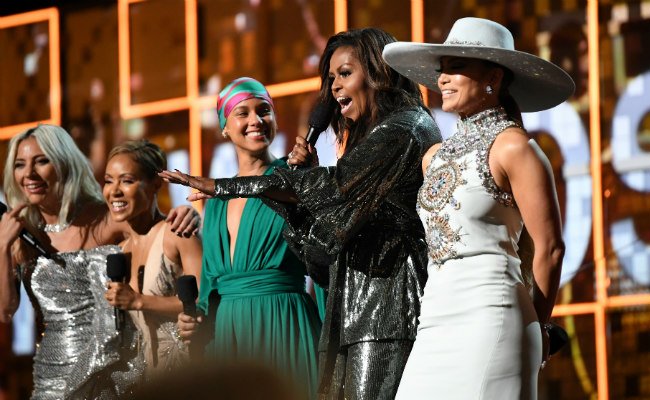 The Grammy Awards 2019, as lit as it was, was graced by the surprise appearance of the former First Lady Michelle Obama as she was welcomed onstage by host Alicia Keys and joined Lady Gaga, Jada Pinkett Smith and Jennifer Lopez for an empowering opening address to the crowd.

Speaking at the event, she said, “From the Motown records I wore out on the Southside to the ‘Who Run the World’ songs that fueled me through this last decade, music has always helped me tell my story.” 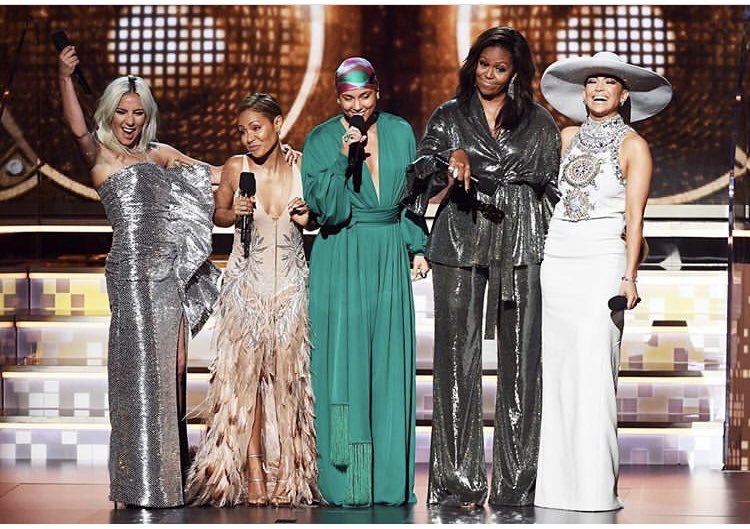 She further added, “Music helps us share ourselves, our dignity and sorrows, our hopes, our joys. Music shows us that all of it matters.”

Gaga too spoke on the power of music, saying, “They said I was weird, but music led me to all of you and to my little monsters, who I love so much,” while Lopez quipped in, “Back in the Bronx, music gave me a reason to dance.”

Pinkett Smith added, “Every voice we hear deserves to be honoured and respected.”Host Keys ended the segment by saying, “Who run the world?” which was met with applause from the audience and the start of the show.

We are still excited seeing @MichelleObama on the #GRAMMYs stage with @ladygaga, @jadapsmith, @JLo and our host, @aliciakeys! 👑👑👑👑👑 pic.twitter.com/lqResWqkDw

During the Grammys, Michelle Obama also posted about female friendship on Twitter, writing, “A big part of friendship is showing up for your girls-that’s why I was thrilled to be there for the one and only @aliciakeys at the #GRAMMYs. She is one of the most genuine and thoughtful people I know-there’s no one better to help us all celebrate the unifying power of music!”

A big part of friendship is showing up for your girls—that’s why I was thrilled to be there for the one and only @aliciakeys at the #GRAMMYs. She is one of the most genuine and thoughtful people I know—there’s no one better to help us all celebrate the unifying power of music! pic.twitter.com/8cMhTmsClA

Notably, the move to include a female host along with four women who joined her onstage during the monologues comes a year after Recording Academy president Neil Portnow was heavily criticised over his comments that female musicians should ‘step up’ to improve gender representation at the Grammys.