Elections2019: The Youngistan political stars who may shine in these elections | Newsmobile
Monday, June 20, 2022

Home Big Story Elections2019: The Youngistan political stars who may shine in these elections
ShareTweetGoogleWhatsappPrint
Mail

The 2019 General Elections are around the corner and political parties have pulled up their socks for the extensive campaign over the next few months.

India is a country of youth. 65% of the country’s population is under the age of 35. In such a scenario, it becomes essential for lawmakers to understand the mindset of the young citizenry and cater to their needs.

We often hear that India lacks young blood in its political arena. Even though youngsters have made waves in various walks of life including business, technology, sports, literature, acting etc, however, when it comes to politics, no prominent name strike our minds. 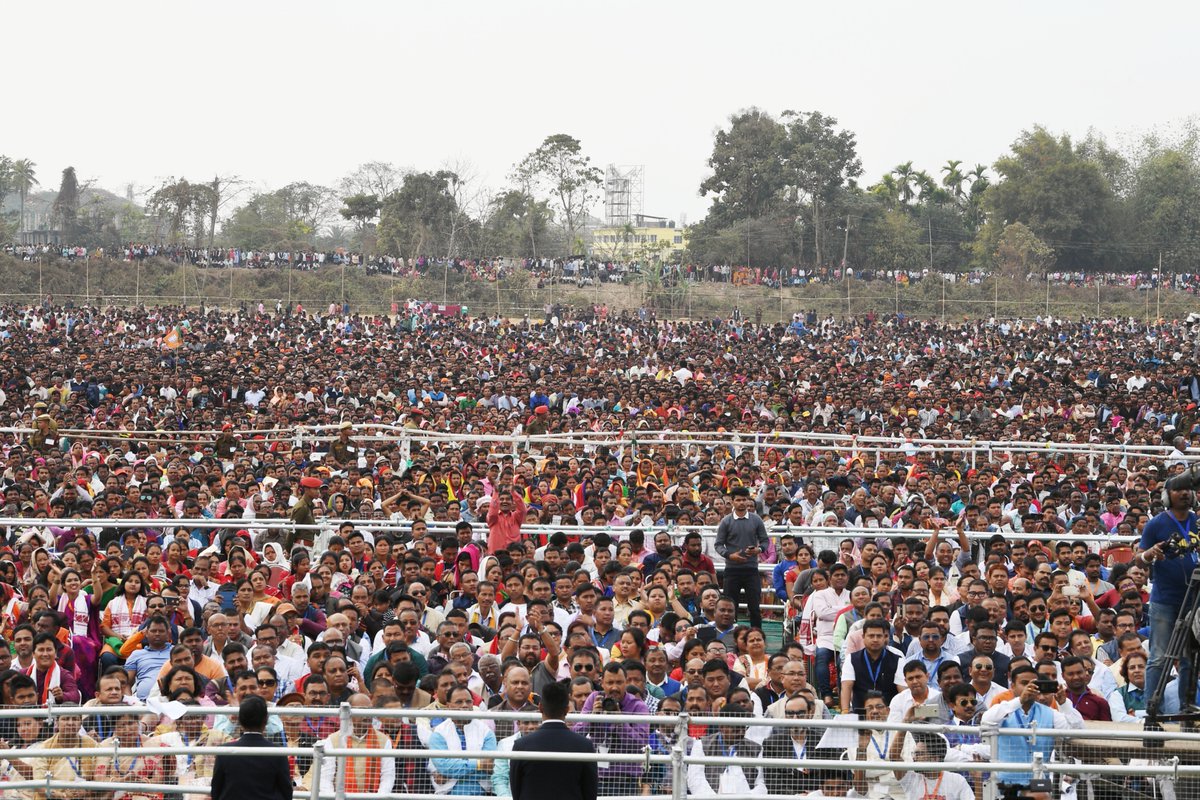 It’s not that the young guns of the country are not wanting to join politics, but they are unable to make a mark of their own, due to various factors. At the same time, the political veterans have somewhat failed to promote the young guns.

But, it’s a ‘New India’ that we are now living in and things are changing at a great pace. The upcoming elections will see some new young faces in Indian politics who might be the leaders of tomorrow.

NewsMobile picks up some young and promising faces who could the future of India: 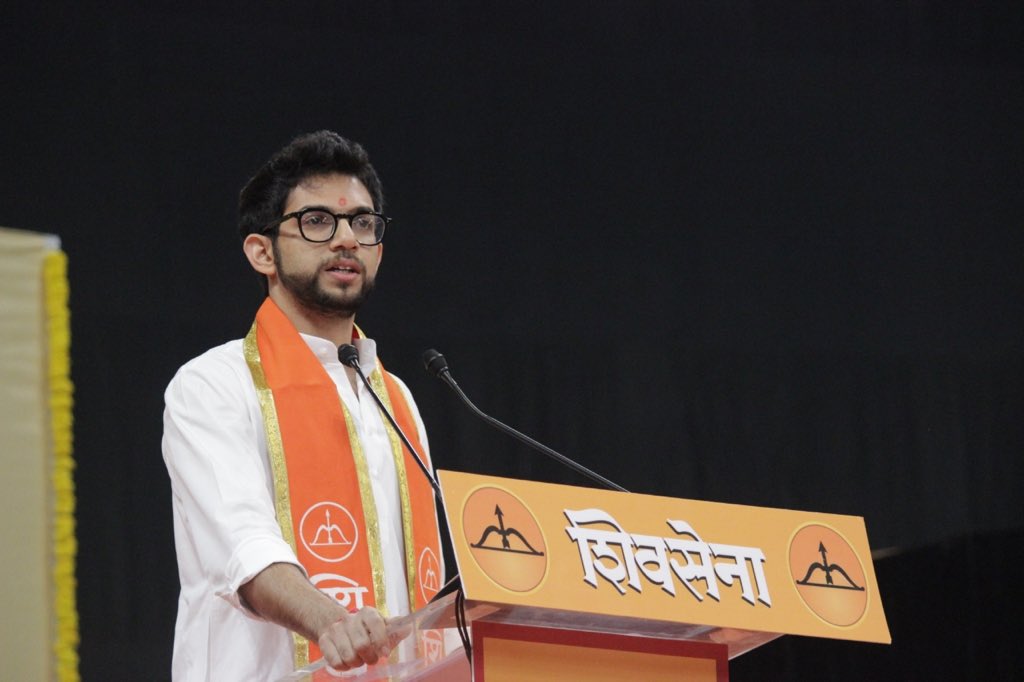 He might be the youngest of the lot but yet, the most promising. The 28-year-old from Shiv Sena has got politics in legacy from grandfather Bal Thackeray and father, Uddhav Thackeray. He has served as the President of Shiv Sena’s youth wing, Yuva Sena, since the age of 20 and has been instrumental in bringing fundamental changes to the party’s otherwise rigid ways of dealing with the millennial generation.

It was the young Thackeray who had proposed a revival of Mumbai nightlife by allowing malls and restaurants to be open all night. Earlier in 2018, Aditya was elevated to the position of party leader.

Apart from politics, Aditya had his first book of poems, ‘My Thoughts in White and Black’, published in 2007. In 2008, he wrote eight songs for a private album ‘Ummeed’. 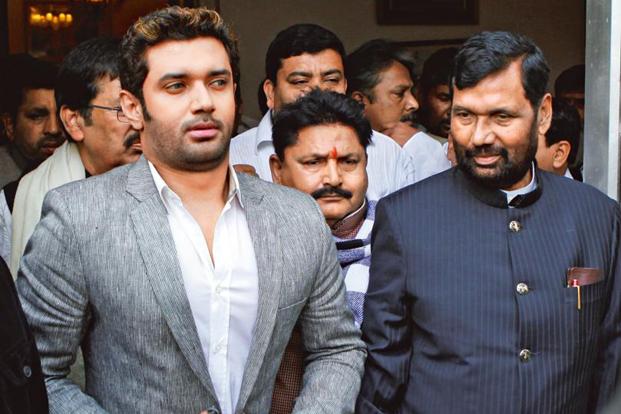 Son of Union Minister, Ram Vilas Paswan, Chirag has been following his father’s footsteps ever since he entered politics.

The 36-year old who happens to be an engineer had also tried his luck in films. He made his Bollywood debut with a movie titled, ‘Miley Naa Miley Hum’ in 2011 but unfortunately, couldn’t make a mark at the box office.

In 2014 Lok Sabha polls, he was elected as a Member of Parliament, defeating the nearest rival, Sudhansu Shekhar Bhaskar of Rashtriya Janata Dal by over 85,000 votes and since then Chirag has officially joined politics. He also owns an NGO named Chirag foundation. 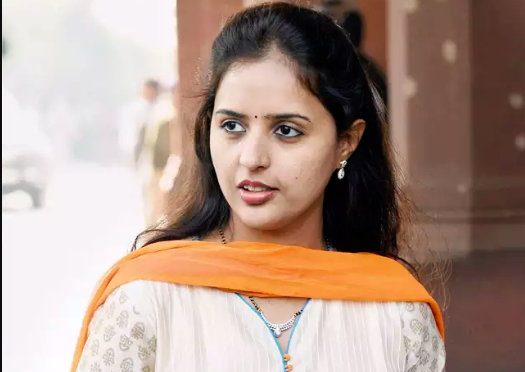 She is the daughter of former BJP leader Gopinath Munde who joined politics after the demise of her father in 2014 when she was elected in a by-election in her father’s constituency.

She won with a margin of 6,96,321 votes – the highest ever in India’s electoral history. The 35-year-old MP is an active medical practitioner in Dermatology, Venereology & Leprosy.

She is also Pramod Mahajan’s niece. Retaining the political legacy of her father who was considered as the tallest OBC leader of the state, Munde is serving as a member of the Committee on Welfare of Other Backward Classes. 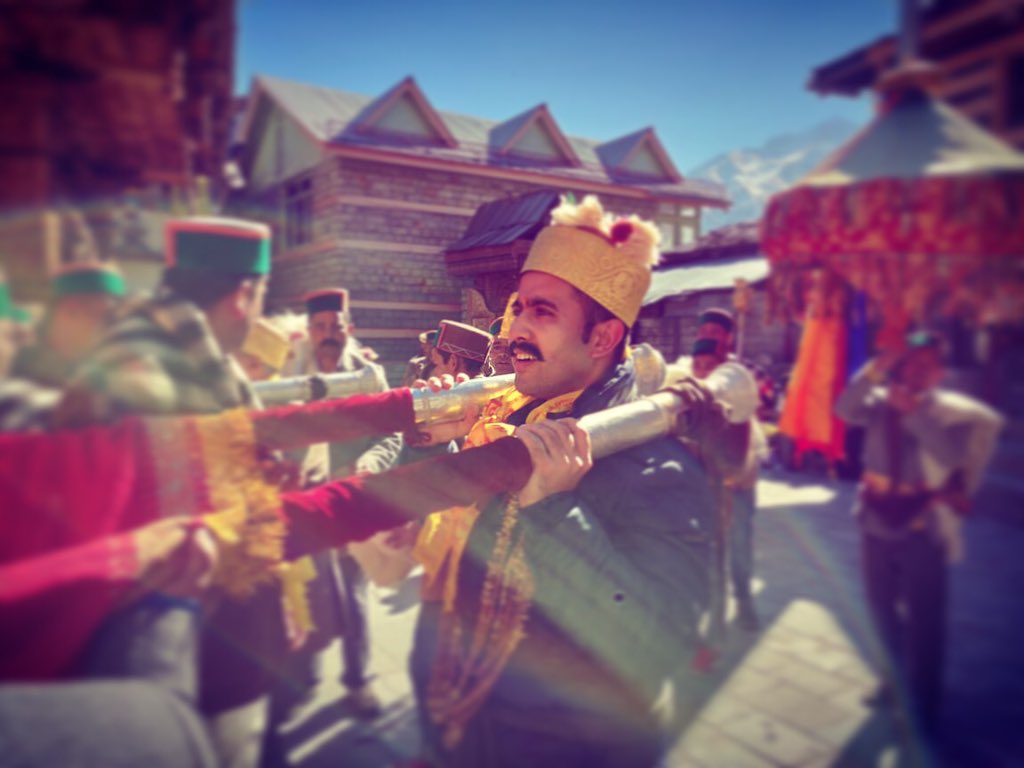 He is the son of former Himachal CM Virbhadra Singh. He has been an MLA from Shimla (Rural) since a young age and the 29-year old is the youngest legislator in the present state assembly.

He is a graduate in arts from Delhi University and was appointed as the President of Himachal Pradesh Youth Congress in 2013.

In addition, he is a rifle shooter and has represented Himachal Pradesh at the national level and has even won a bronze medal at a trap shooting competition. 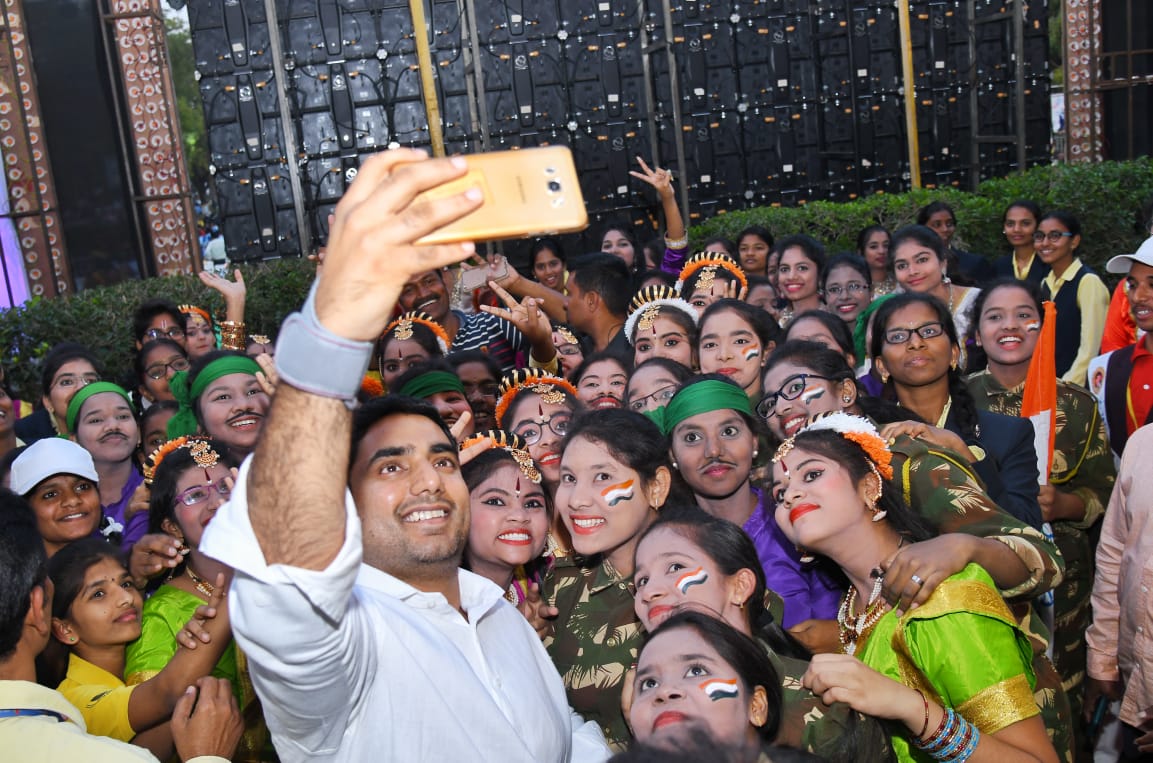 He was born on 23rd January 1983. He is the only child of Nara Chandrababu Naidu and Bhuvaneswari and is a grandson of the former Chief Minister N.T.Rama Rao.

Lokesh started out in politics in 2009 when he started managing the Telugu Desam Party’s affairs. He helped his father’s campaign in Kuppam, Andhra Pradesh, the same year, showing off his abilities to manage the vagaries of politics. With behind the stage work in 2009 and active participation in 2014 general elections Lokesh took up the onus of cadre welfare and then became Party General Secretary, he climbed the rungs of the Party to eventually become a member of the Politburo, the highest decision-making body of the party. 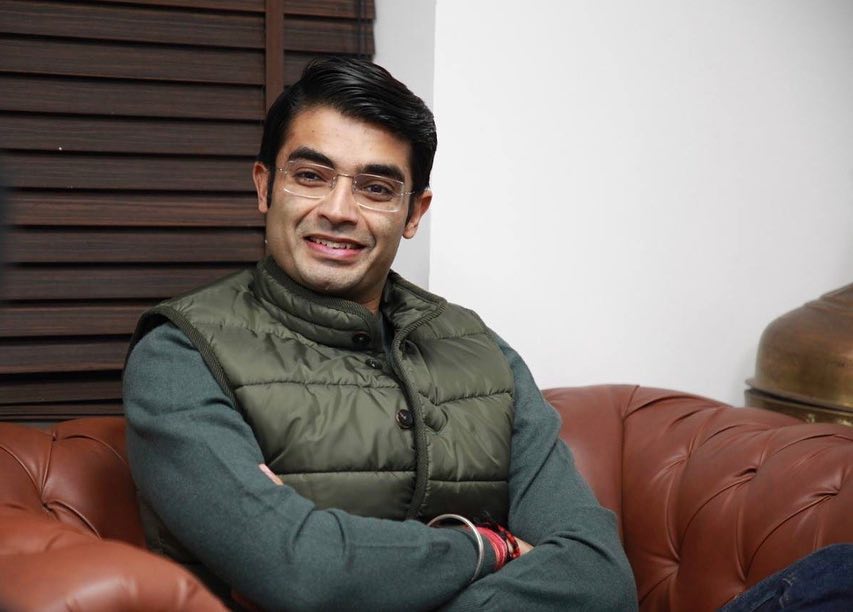 Born in 1983, Jaiveer Shergill is one promising young politician who is the youngest spokesperson of Congress and a lawyer in the Supreme Court.

He is the youngest person to be appointed as the Co-Chairman of the Congress Legal Cell in Punjab. As a lawyer, he has been involved in various high-profile cases.

The dynamic young man has many feathers in his hat. He writes regularly on issues of terrorism, parliamentary functioning, government policies relating to digital infrastructure, financial planning, etc. 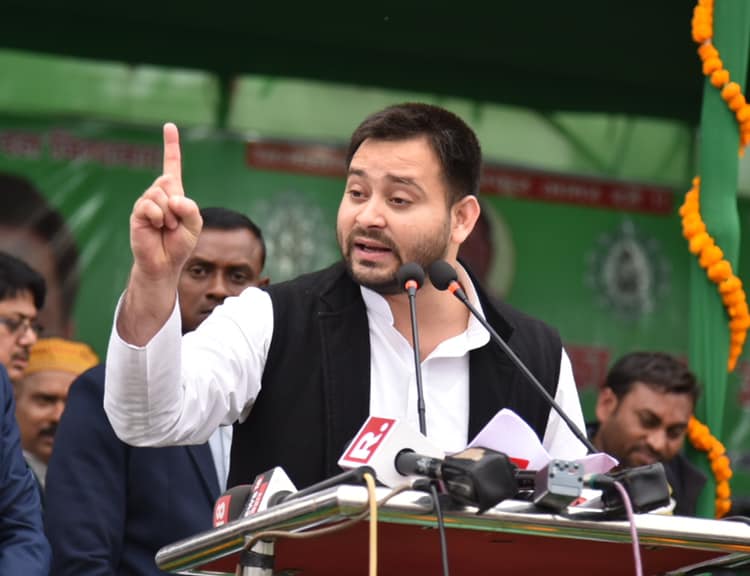 Son of former chief ministers of Bihar, Lalu Prasad Yadav and Rabri Devi, he has taken over the reins of RJD since his father went to jail.

He was elected to the Bihar Legislative Assembly from the Raghopur constituency as a member of the Rashtriya Janata Dal in 2015. He also served as the Deputy Chief Minister for the state of Bihar between Nov 2015 and July 2017.

Prior to his entry into politics, he dabbled in cricket as a middle-order batsman in one Ranji Trophy match and two limited-overs games for Jharkhand. He was also part of the Delhi Daredevils for it is 2008, 2009, 2011 and 2012 Indian Premier League seasons. However, he did not play any match. 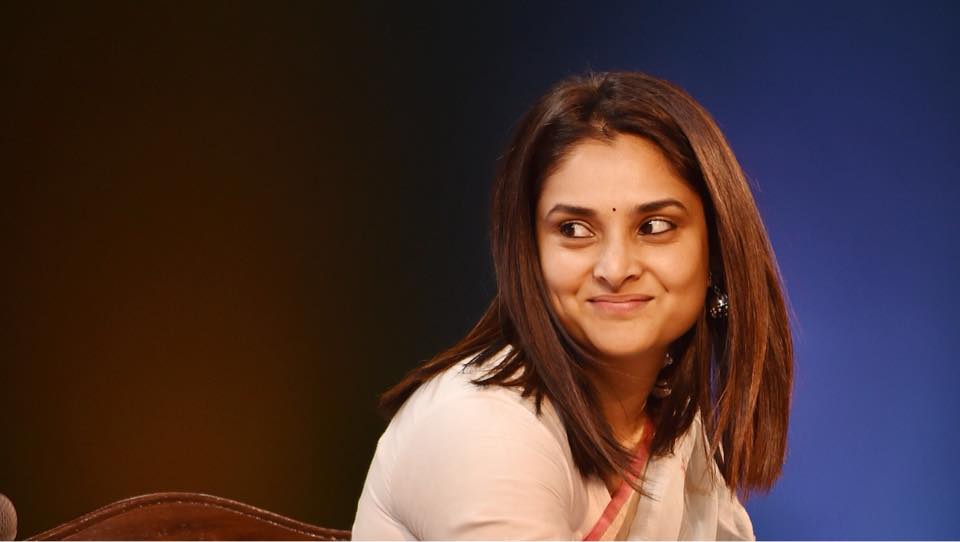 Divya Spandana, who has become a well-known name in the grand old Congress Party, is another promising leader of tomorrow.

She came under the political light in 2013 when she won a by-election to become an INC Member of Parliament for Mandya constituency in Karnataka. Later, she was defeated in 2014 general election.

Currently, she is handling social media and digital communications for the Congress party.

Prior to her political career, she has appeared in many Kannada films with a stage name of ‘Ramya’. She also made an appearance in Tamil and Telegu films. In 2003, she began her film career with Kannada film Abhi. She is also a two-time winner of the Filmfare Award for Best Actress-Kannada.

Indian politics needs young talented and raring-to-go kind of breed to take the country towards the path of development and growth.