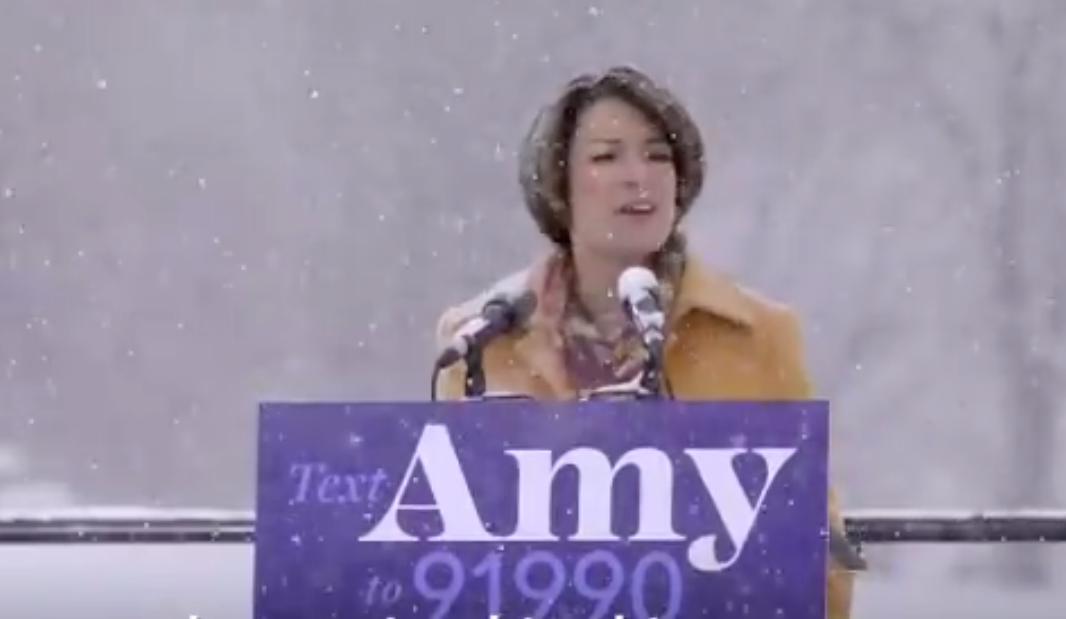 Democrat Senator Amy Klobuchar of Minnesota has entered the 2020 presidential race with a speech in the middle of a Midwestern snowstorm.

“On an island in the middle of the mighty Mississippi, in our nation’s heartland, at a time when we must heal the heart of our democracy and renew our commitment to the common good, I stand before you as the granddaughter of an iron ore miner, the daughter of a teacher and a newspaperman, the first woman elected to the United States Senate from the State of Minnesota, to announce my candidacy for President of the United States,” the Democrat Senator said during the campaign.

And follow this link to watch the whole speech: https://t.co/xBdHBJzXjo pic.twitter.com/558WCu2OL5

Klobuchar added that the “sense of community is fracturing across our nation right now, worn down by the petty and vicious nature of our politics. We are all tired of the shutdowns and the showdowns, the gridlock and the grandstanding.”

ALSO READ: US hopes to reach peace deal with Taliban before July elections

“Today we say enough is enough. Our nation must be governed not from chaos but from an opportunity. Not by wallowing over what’s wrong, but by marching inexorably toward what’s right,” the Senator said.

Before Klobuchar, Democrat Senator Elizabeth Warren anchored her campaign for the 2020 Presidential elections from the backdrop of Everett Mills in Lawrence city of Massachusetts on Saturday.

Warren’s campaign comes after senators, including Kamala Harris and Cory Booker have already jumped into the race for the Presidential bid.