This is what Yuvraj Singh has to say about MSD’s presence in the World Cup | Newsmobile
Friday, December 9, 2022

Home Home Slider This is what Yuvraj Singh has to say about MSD’s presence in... 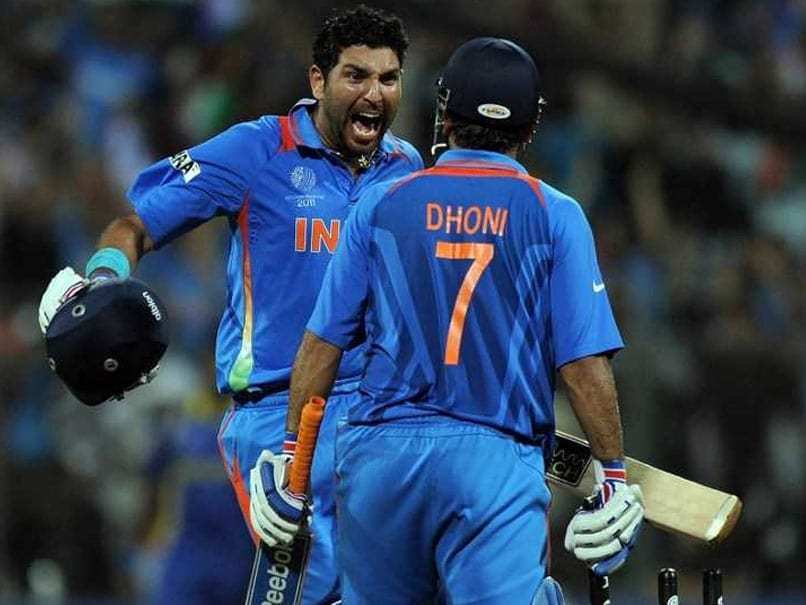 With 2019 World Cup a few months away, cricketer Yuvraj Singh on Friday said Mahendra Singh Dhoni’s presence is crucial to the country’s World Cup chances as he is a ‘guiding’ force for current captain Virat Kohli and “important” in decision-making.

Dhoni’s place in the side has been a subject of debate owing to his inconsistent form but many, including former captain Sunil Gavaskar, have said that his tremendous grasp of match situations makes him invaluable.

Yuvraj, the 2011 World Cup’s player of the tournament, echoed the sentiment when asked about the Dhoni factor in Mumbai at an interaction.

“I think Mahi (Dhoni) has a great cricket brain. And as a wicket-keeper, you are in the best position to monitor the game and he has done that fantastically over the years. He has been a great captain. (He is) with the young players and guiding Virat (Kohli) all the time,” Yuvraj said.

“So, I feel his presence is very important in decision-making. He had a fantastic tournament in Australia and it is good to see him hit the ball how he used to do, and I wish him all the best,” added the batsman, who had hit six sixes in an over during the World T20 in 2007.

But Yuvraj steered clear of queries on which batting position Dhoni should come in.

“That you have to ask Dhoni, which number he has to bat,” he said.

Yuvraj will be competing for Mumbai Indians in the IPL and said he will look to ease the pressure on skipper Rohit Sharma.

“I think, if I can contribute in the middle-order, it will just take some weight off him (Rohit) and he can just go and play his natural game, while opening. (We will) see how the combinations (go),” Yuvraj told reporters in Mumbai.

The 37-year-old left-hander found a buyer quite late at the IPL players’ auction held in Jaipur last December for his base price of Rs one crore after going unsold initially.

“I’m very fired up boss, I have been training in the nets everyday,” said Yuvraj.

He also lauded fellow Punjab player Shubman Gill, who recently made his India One Day debut in New Zealand, saying his progress over the last one year has been amazing.

“I was excited to see him (Shubman) play for India. It is amazing, how he has improved so much. He came back from the (India) A tour, scored lot of runs in domestic cricket, straightaway got an opportunity,” said Yuvraj.