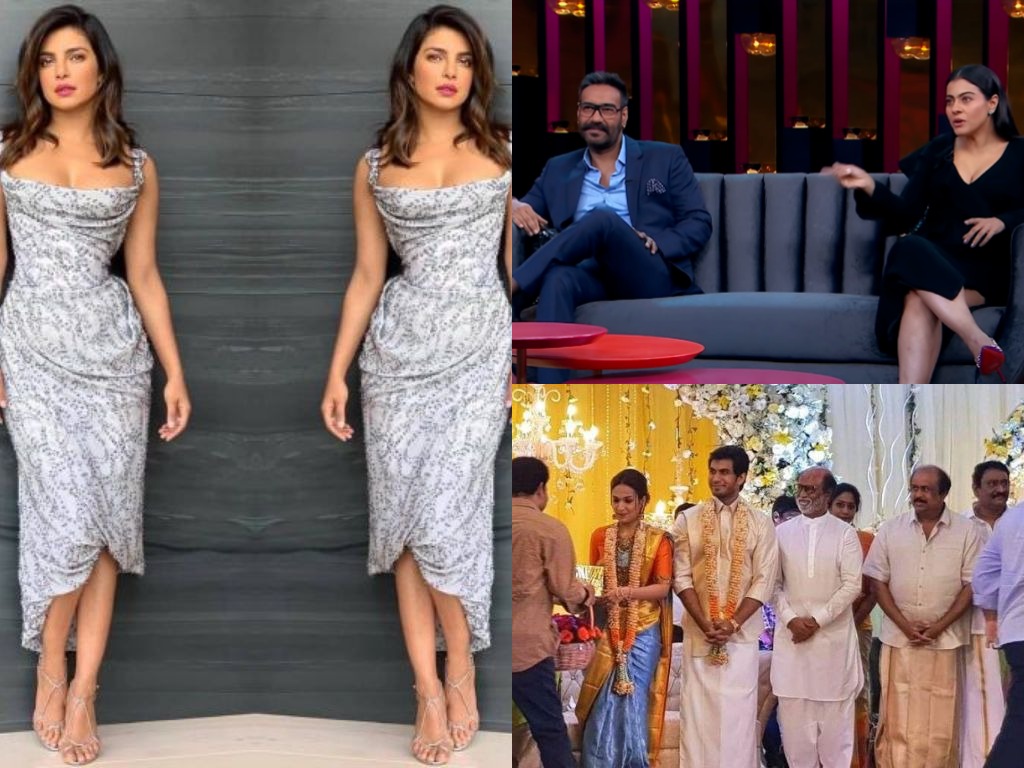 Rajinikanth’s younger daughter, Soundarya Rajinikanth gears up for her wedding with Vishagan Vanangamudi in a pre-wedding function today. The wedding will take place next week and a small reception was thrown for the near and dear ones.

The bride looked elegant in a simple saree and the groom was dressed in the traditional shirt and veshti.

The pictures and the invite has gone viral on social media.

International celebrity Priyanka Chopra Jonas has been in the news lately with her wedding galore and has achieved another milestone in her career. Jonas is the only celebrity to have 4 statues at Madame Tussauds museum. With this new record, she surpassed the late Whitney Houston with her 3 statues. The wax figure displays her magnificent red gown which she wore to the Emmy Awards.

Koffee with Karan: Ajay Devgn wins an Audi 5 for his witty answer in the rapid fire round

Koffee with Karan series is known for controversies but also known for its interesting rapid fire round and the Koffee hamper that the celebs often contest to win. In season 6, they took it up a notch with a promise to give away an Audi 5 Sportsback for the ‘Answer of the Season.’ Ajay Devgn’s witty response to the rapid-fire question landed with the keys to this posh car. KJo asked Devgn which superstition was he guilty of believing. Devgn instantly said with a straight face, “I had this superstition that all your films with ‘K’ work, till we did Kaal.”

Reportedly Kirron Kher, Malaika Arora, Mallika Dua and Vir Das were on the special episode to give away the Koffee awards this season.