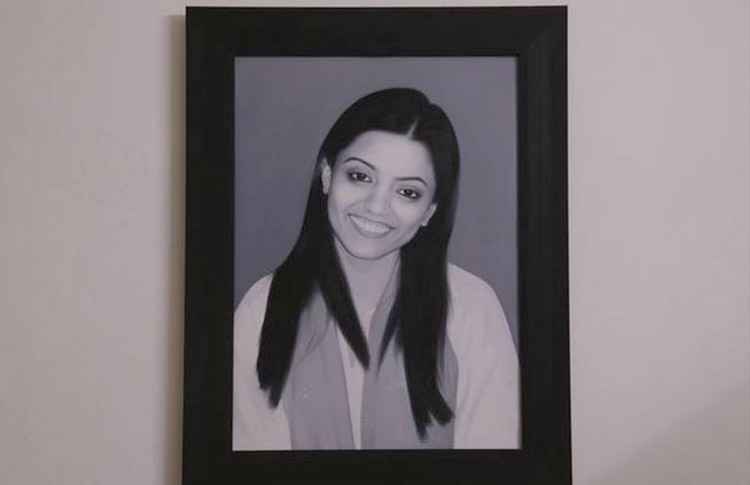 Taking cognisance of the delay in meting out justice in the journalist Soumya Vishwanathan murder case the Delhi Chief Minister Arvind Kejriwal on Thursday ordered the Chief Secretary to appoint a Special Prosecutor at the earliest.

The bereaved parents of TV journalist Soumya Vishwanathan, who was shot dead more than 10 years ago, on Wednesday knocked the door of the Delhi Chief Minister Arvind Kejriwal for a speedy trial and justice for her.

In a letter to the CM, Soumya’s father wrote that he and his family were tired of the ‘hollow assurances’ from authorities, and expressed hope from a ‘concrete response’ from him. 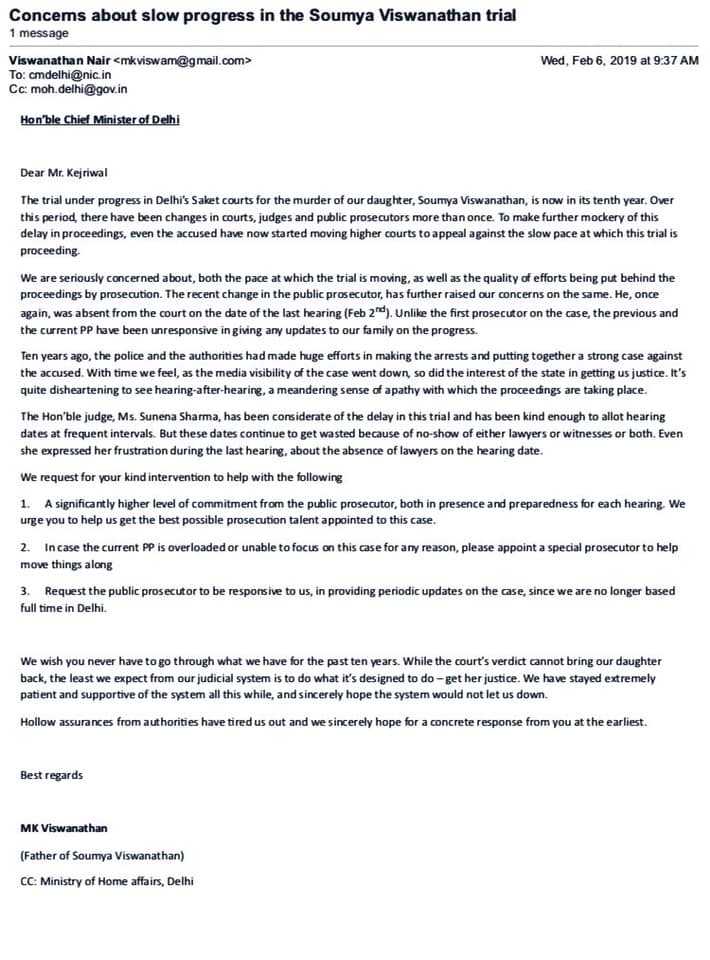 Five people were arrested in 2009 on the charges of murder and are presently in custody. The trial in the case is going on in the Delhi’s Saket district court from last 10 years.

“Over this period, there have been changes in courts, judges and public prosecutors more than once,” MK Vishwanathan, Soumya’s father, writes in the letter.

ALSO READ: Engineless train ‘Vande Bharat’ to be flagged off on February 15

“We are seriously concerned about both, the pace at which the trial is moving as well as the quality of efforts being put in the proceedings by the prosecution. Hollow assurances from authorities have tired us out and we sincerely hope for a concrete response from you at the earliest,” the aged man says.

He says the recent change in the ‘public prosecutor has raised our concerns as he, once again, was absent from the court on the date of the last hearing (Feb 2).”

He said that unlike the first prosecutor on the case, the current and the previous public prosecutors have been ‘unresponsive’ in giving any updates to his family on the progress in the case.

He said that 10 years ago – his daughter was shot dead when she was 25 – the police and the authorities made huge efforts in making the arrests and putting together a strong case against the accused.

“But with time as the media visibility of the case went down, so did the interest of the State in getting us justice.”

Soumya was shot dead on September 30, 2008, when she was returning home in her car from office in the wee hours.

The police had in 2009 arrested Ravi Kapoor, Amit Shukla, Baljeet Malik, Ajay Kumar and Ajay Sethi under section 302 (murder) of the IPC and under the provisions of MCOCA (Maharashtra Control of Organised Crime Act).  They five are in judicial custody since March 2009.