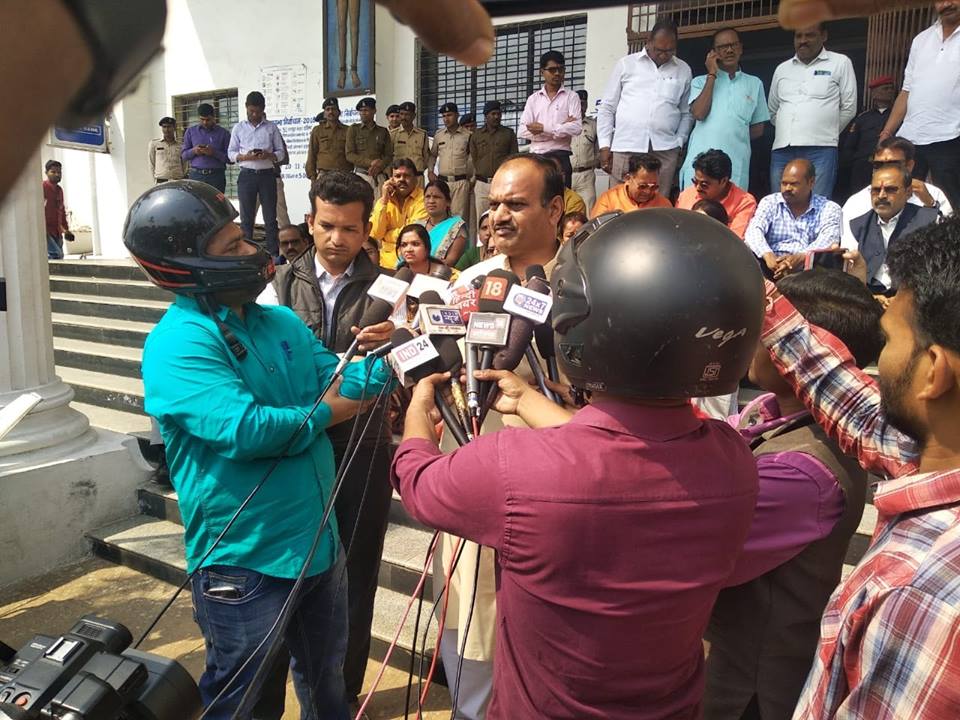 Journalists in Raipur wore heavy-duty protection to interview BJP leaders on Wednesday after a reporter was allegedly attacked by BJP supporters in the Chhattisgarh capital last week.

The journalists, who turned up wearing helmets at an event where BJP leaders were speaking, said they wanted to send a symbolic message to the BJP government – and also fulfil a practical need in case they are attacked again, NDTV and PTI reported. 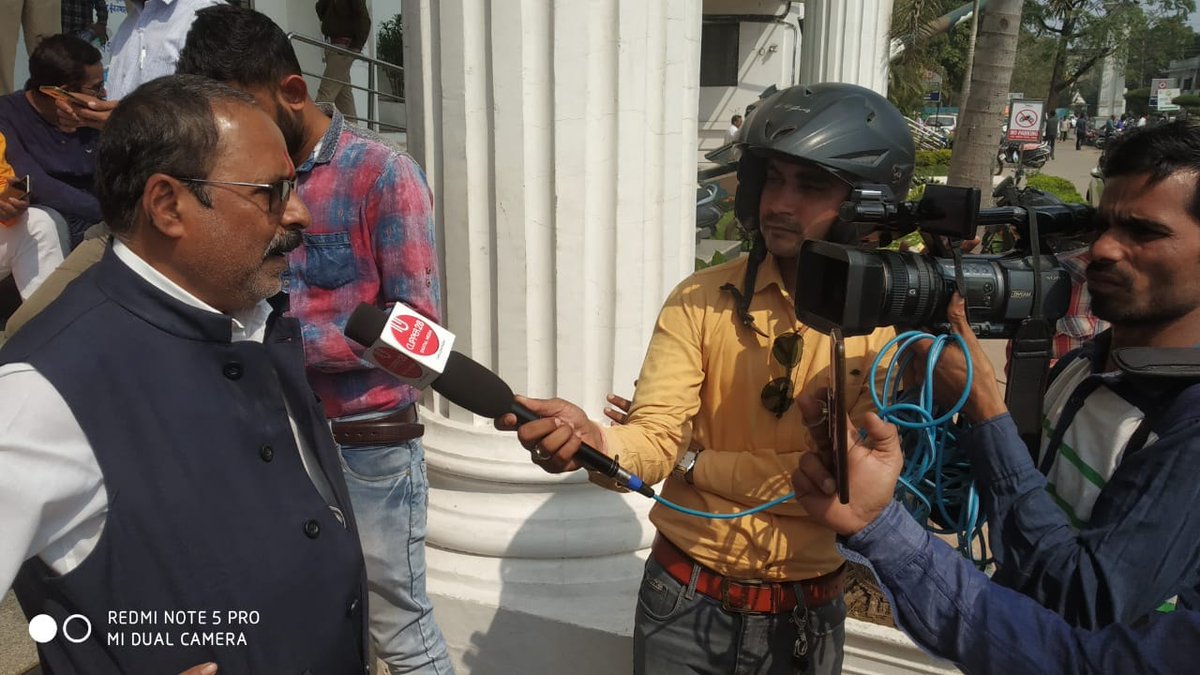 ALSO READ: School teacher in Bihar beaten up for not singing Vande Matram

On Saturday, journalist Suman Pandey, who works with digital news portal The Voices, was recording a meeting of the BJP’s district-level leaders in Raipur when party supporters jumped on him and thrashed him, according to the reports.

Four BJP functionaries, including the party’s Raipur chief Rajeev Agarwal, have been arrested on a complaint filed by the journalist.

“I was recording a video of the meeting on my mobile phone when suddenly BJP leaders started arguing among themselves over some issue. Rajeev Agarwal and another person, Utkarsh Trivedi, told me to delete the video of the scuffle, which I refused. They then started hitting me and forcefully deleted the video,” Pandey had said, according to news agency PTI.

Later, more journalists reached the BJP office, alerted the police and staged a protest demanding the arrest of those who allegedly thrashed Pandey.

Chhattisgarh BJP spokesperson Sacchidanand Upasane, who was present in the meeting, said the party has apologised to Pandey, adding it was a closed-door meeting to discuss the defeat in recent assembly elections and journalists were asked to leave the meeting room after taking initial footage. “Party leaders and workers were also asked to keep their mobile switched off,” he said.

The World Press Freedom Index 2018 ranks India at 138 below countries like Myanmar and Afghanistan. It ranks 180 countries.

(With inputs from agencies and news reports)