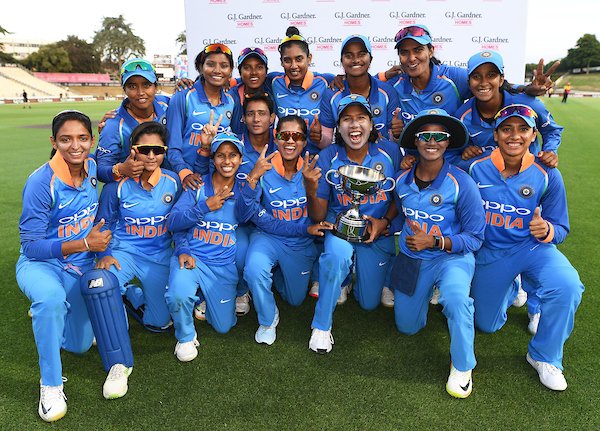 In what came as an obvious yet glorious victory, Indian women’s cricket team clinched the three-match series 2-1 against NewZealand even as they lost the final ODI against Kiwis by eight wickets at the Manuka Oval on Friday.

Chasing a target of 150 runs, New Zealand did not break much sweat and get to the score with 124 balls still remaining in their innings. They lost just two wickets on their way to the victory.

The hosts got the first jolt in the form of their opener Lauren Down who got run out at the score of 10. Down was followed by her opening partner Suzie Bates who was departed back by spinner Poonam Yadav at the score of 57 in the 21st over.

ALSO READ: Rafael Nadal is all set to get hitched to Xisca Perello

After the dismissal of the two openers, skipper Amy Satterthwaite and batting all-rounder Sophie Devine built a match-winning partnership and took their team to a convincing win in the end.

Earlier, Indian eves had put up a disappointing performance with the bat as they were bowled out at a score of 149 runs. Deepti Sharma emerged as the highest run-getter for India with a score of 52 runs followed by Harmanpreet Kaur’s score of 13 runs.

For New Zealand, spinner Anna Peterson picked up a four-wicket haul while pacer Lea Tahuhu picked up three wickets in the match. Spinners Leigh Kasperek and Amelia Kerr, on the other hand, contributed one and two wickets, respectively, in the match.