Home Home Slider I want him to declare emergency: Eric Trump on father 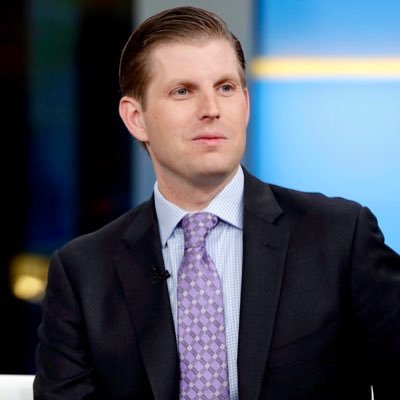 US President Donald Trump’s son, Eric Trump, said that he wants his father to declare an emergency to build the wall on the US-Mexico border.

His proclamation comes just a short while after the longest-ever partial government shutdown – triggered by an impasse over funding for the wall between Trump and the US Congress – was temporarily halted through stop-gap legislation until February 15.

“I want him to declare an emergency,” Eric said during an appearance on Fox News show, ‘Hannity’ on Tuesday night (local time).

He further said that the emergency should be declared to ‘build the wall with the United States military because that’s what people in this country want,’ reports The Hill.

The US President has previously threatened to impose an emergency to get the wall – which is one of his long-standing electoral promises – built.

ALSO READ: Speaker Pelosi invites Prez Trump to give State of the Union address on Feb 5

“If we don’t get a fair deal from Congress, the Government will either shut down on February 15 again – or I will use the powers afforded to me under the laws and the Constitution of the United States to address this emergency. We will have great security,” Trump had put forth while announcing the stop-gap measure to temporarily reopen the government for three weeks.

There has been immense pushback from the Democrats over the construction of the wall, with House Speaker Nancy Pelosi calling it a ‘waste of money’ and an ‘immorality.’ Trump, backed by most Republicans, however, has pressed on for the wall to be built, leading to the stalemate which triggered the 35-day long partial shutdown.