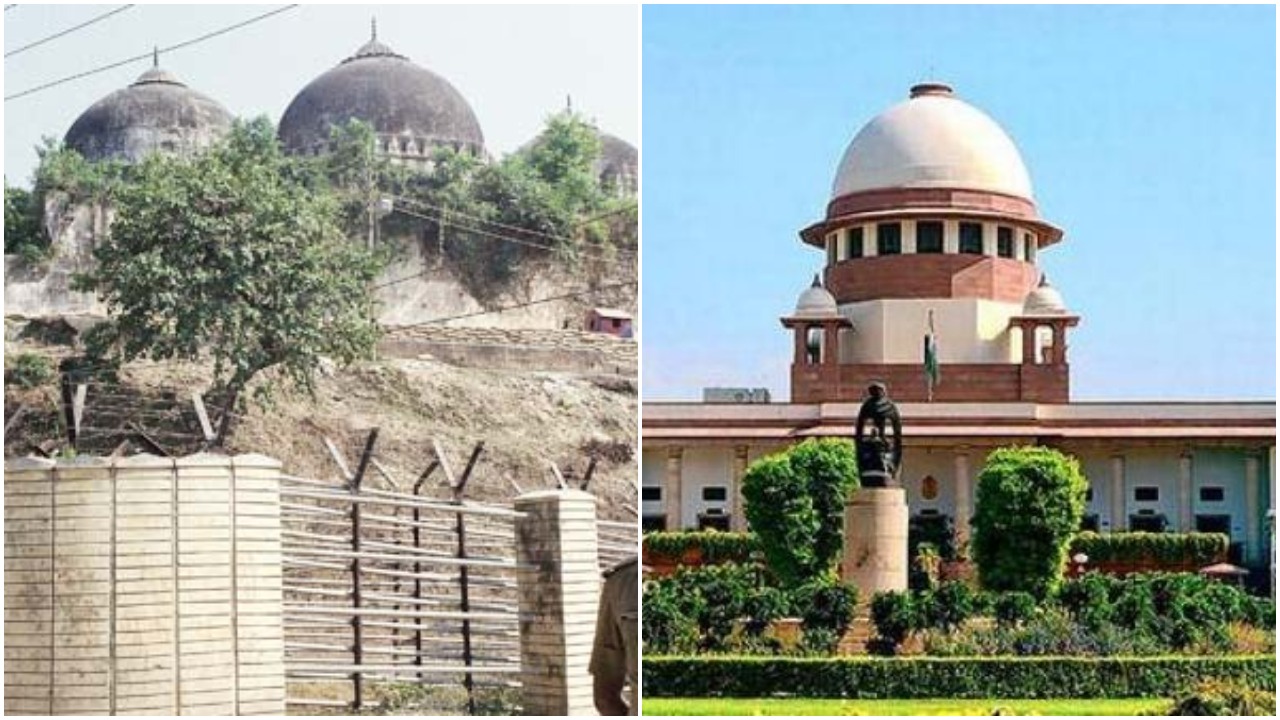 ShareTweetGoogleWhatsappPrint
Mail
The BJP-led government on Tuesday moved the Supreme Court seeking permission to release excess vacant land acquired around Ayodhya disputed site to the original owners. In the fresh petition, the government also said that the land should be handed over to Ramjanambhoomi Nyas.
In the fresh plea, the Centre said that the 67 acres of land acquired around the 2.77 acre disputed Ram Janambhoomi-Babri Masjid site, should be returned. The disputed structure occupies only 0.313 acres.
ALSO READ: Supreme Court cancels hearing in Ayodhya title suit
In 1993, the Centre had acquired 67 acres of land around the disputed site saying it was related to the dispute.
“The Centre has gone to SC in a WP to seek release of the non – disputed part of RJB land of 67 acres to start immediate construction. My meeting last evening with HM I had a discussion on my approach. But Centre was keen to obtain prior permission to start construction,” said BJP leader Subramanian Swami in a tweet.

The SC had upheld the acquisition in 1994 and ordered that this land shall remain with the Central government and shall not be released in anyone’s favour until the dispute is decided.

This arrangement was continued and reasserted by Supreme Court by a 2011 order in the Aslam Bhure’s petition. Bhure was also a petitioner in the case.

Now, Centre wants to release a portion of this acquired land in favour of the Nyas and is seeking the apex court’s permission.

Ram Janmabhoomi Nyas is a trust formed by members of the Vishwa Hindu Parishad to oversee the construction of the Ram temple in Ayodhya.

The Supreme Court had on Sunday deferred the hearing scheduled for Tuesday in the title dispute case due to non-availability of Justice S A Bobde, one of the five judges of the Constitution bench.