India clinched another series as Men in Blue thrashed Kiwis in the third ODI by seven wickets to lead the five-match series by 3-0.

Chasing a target of 244-runs, Indian batsmen comfortably made 245-runs in 43-overs losing three wickets, winning an ODI series in New Zealand after a decade.

Rohit Sharma gave a good start to India with Shikhar Dhawan before Dhavan returned to the pavilion at the score of 39/1. Skipper Virat Kohli came one down in the middle to hold the innings to put India in a strong place. 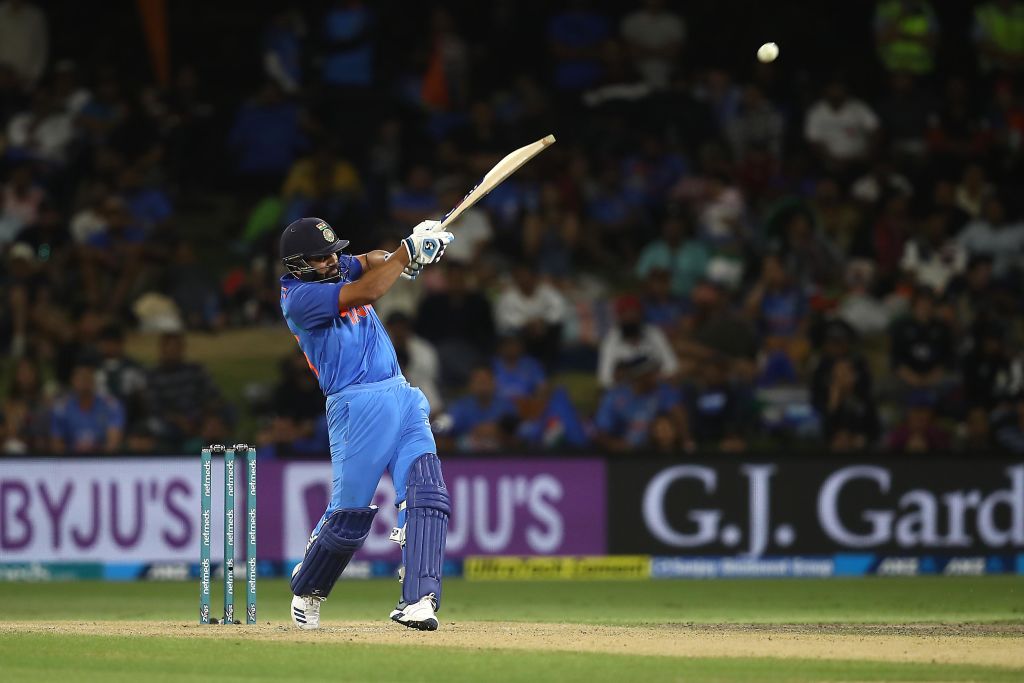 Kohli and Sharma made a partnership of 113-runs before Rohit Sharma was caught by Santner at the individual score of 62-runs. 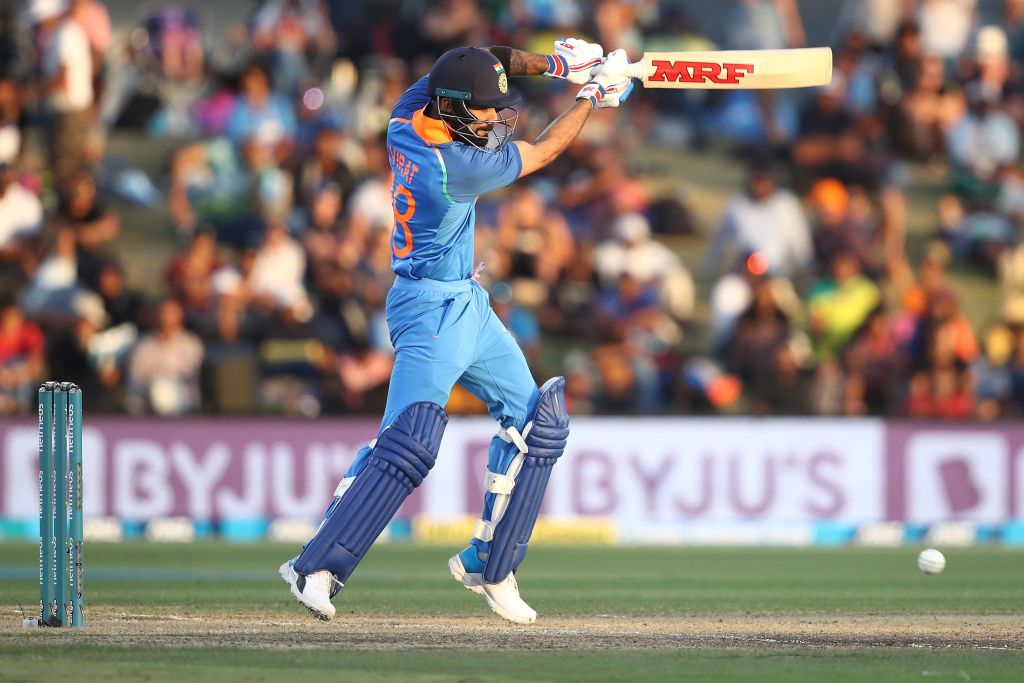 Three-overs later Kohli returned to the pavilion after contributing 60-runs. After strong base by the top order, Ambati Raydu and Dinesh Kartik drove India to the victory.

In the bowling department once again shined on the New Zealand turf after bowling out Kiwis for 243-runs in 49-overs in the third ODI on Monday.

Pandya who was playing his first match after the ban was revoked following his controversial comments on Koffee with Karan, produced efficient bowling figures of 2/45 in 10-overs. 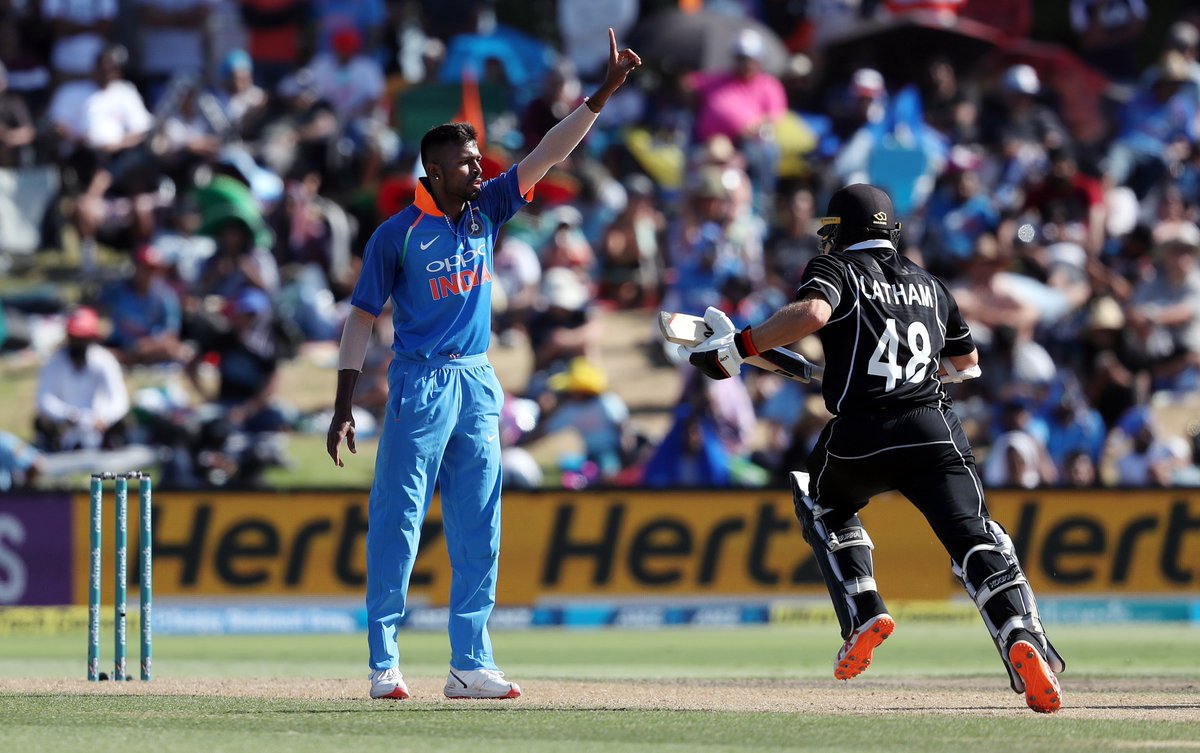 Batting first, New Zealand’s top batting order collapsed in the beginning for the inning, while the middle order fought hard to hold the inning with Ross Taylor finishing seven-runs short of his century before he returned to pavilion at the individual score of 93. 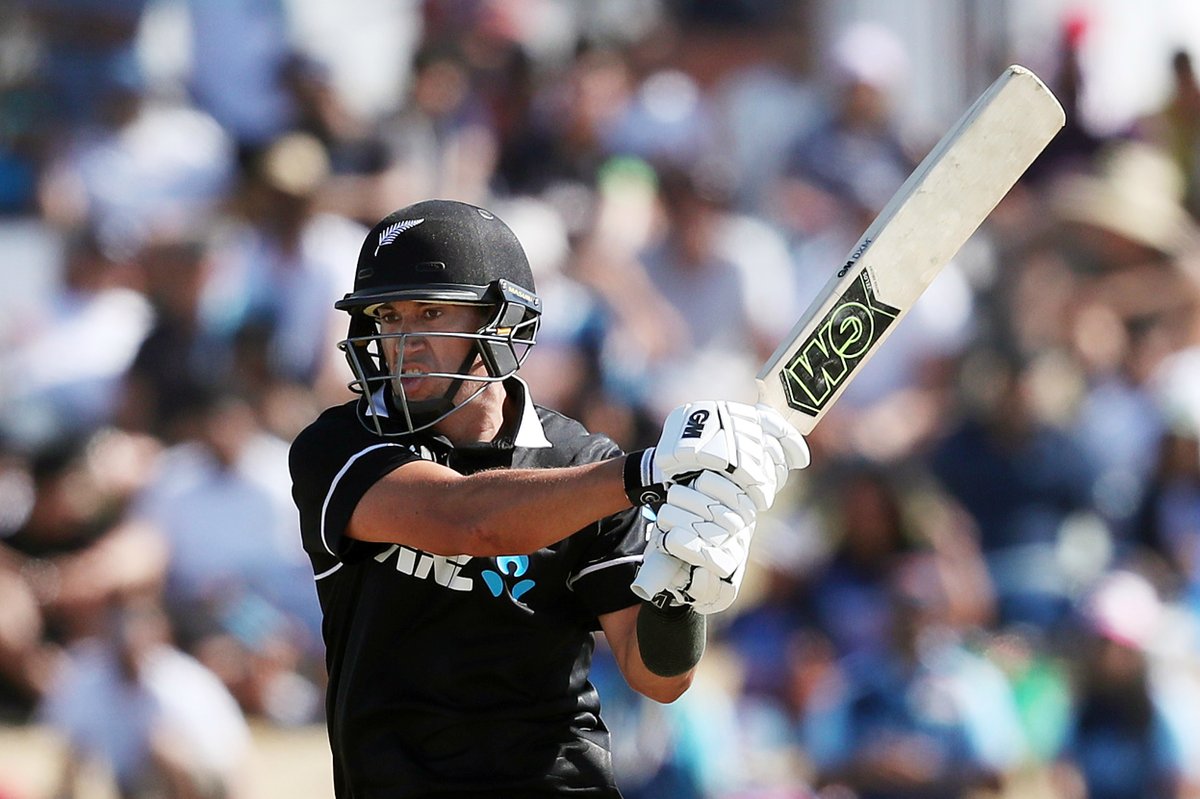 Tom Latham spend some time with Taylor and made a partnership of 119-runs with an individual score of 51.

Meanwhile, Kiwis’ skipper Kane Williamson contributed with 28-runs before he was caught by Hardik Pandya at mid-on.