Kushinagar (UP): A Jaguar fighter plane of the Indian Air Force (IAF) crashed in Uttar Pradesh’s Kushinagar on Monday.

Initial reports suggest that the plane crashed in a non-residential area of Kushinagar. No causality has been reported and both the pilot escaped the crash by bailing out. 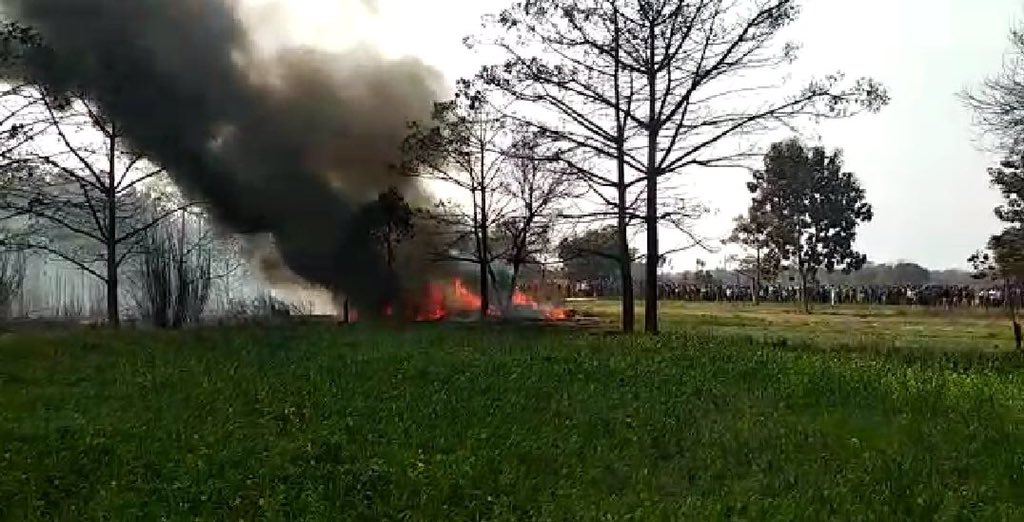 The police and officials from the administration have rushed to the accident site.

“Today (Monday) morning, a Jaguar aircraft while on a routine mission from Gorakhpur, crashed. Pilot ejected safely. A court of Inquiry has been ordered to investigate the accident,” IAF said in a statement read.