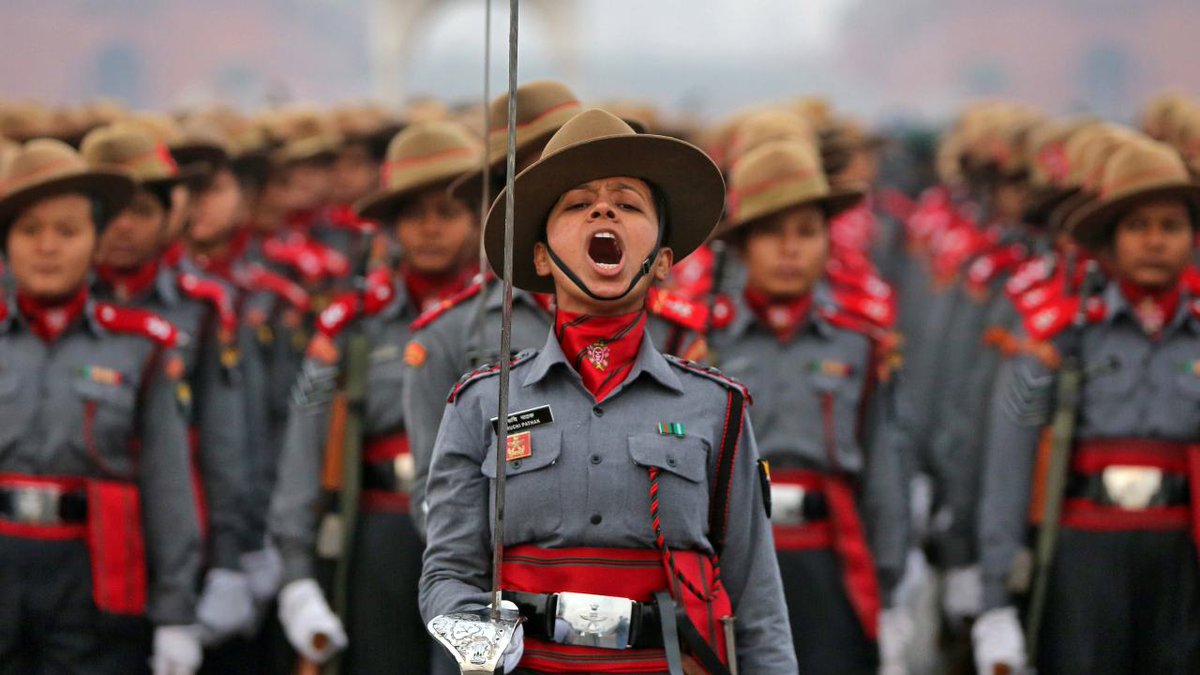 New Delhi: The 70th Republic Day celebration at the Rajpath on Saturday witnessed women power as women officers led contingents of the Navy, Army Services Corps and Corps of Signals at Delhi’s Rajpath.

The parade also witnessed all-women Assam Rifles contingent for the first time in a Republic Day parade. Major Khushboo Kanwar lead the contingent of the Assam Rifles, the oldest paramilitary force in the country.

Watch history in the making; an ALL WOMEN MARCHING CONTINGENT on Rajpath for the first time; Major Khushboo Kanwar leads contingent of ASSAM RIFLES pic.twitter.com/ejDUO66REs

“Leading an all-women contingent of the Assam Rifles is a matter of great honour and pride for me. We have practiced very hard,” she was quoted as saying by news agency Press Trust of India. “I am the daughter of a bus conductor from Rajasthan and if I can accomplish this, any girl can fulfil her dream,” she said after the dress rehearsals on January 23.

The daredevil acts by bike-borne jawans — a major attraction every Republic Day — also saw the presence of a woman. 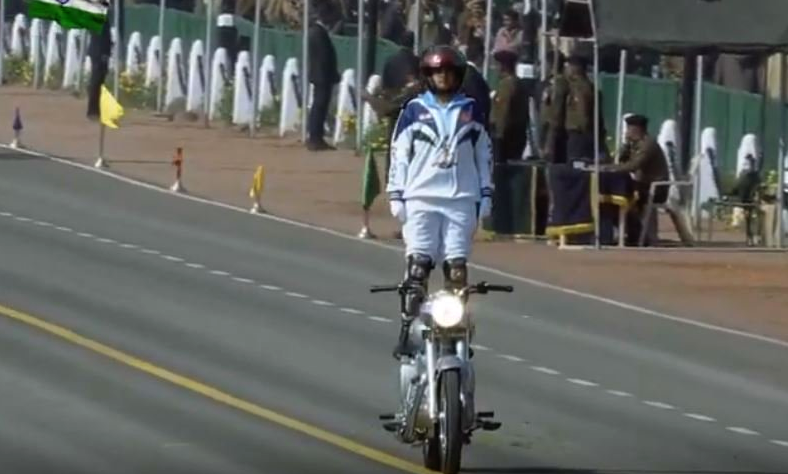 Captain Shikha Surabhi, from the Corps of Signals, was seen taking part in a heart-in-the-mouth stunt, standing atop the seat of a moving motorcycle and saluting the President of India.