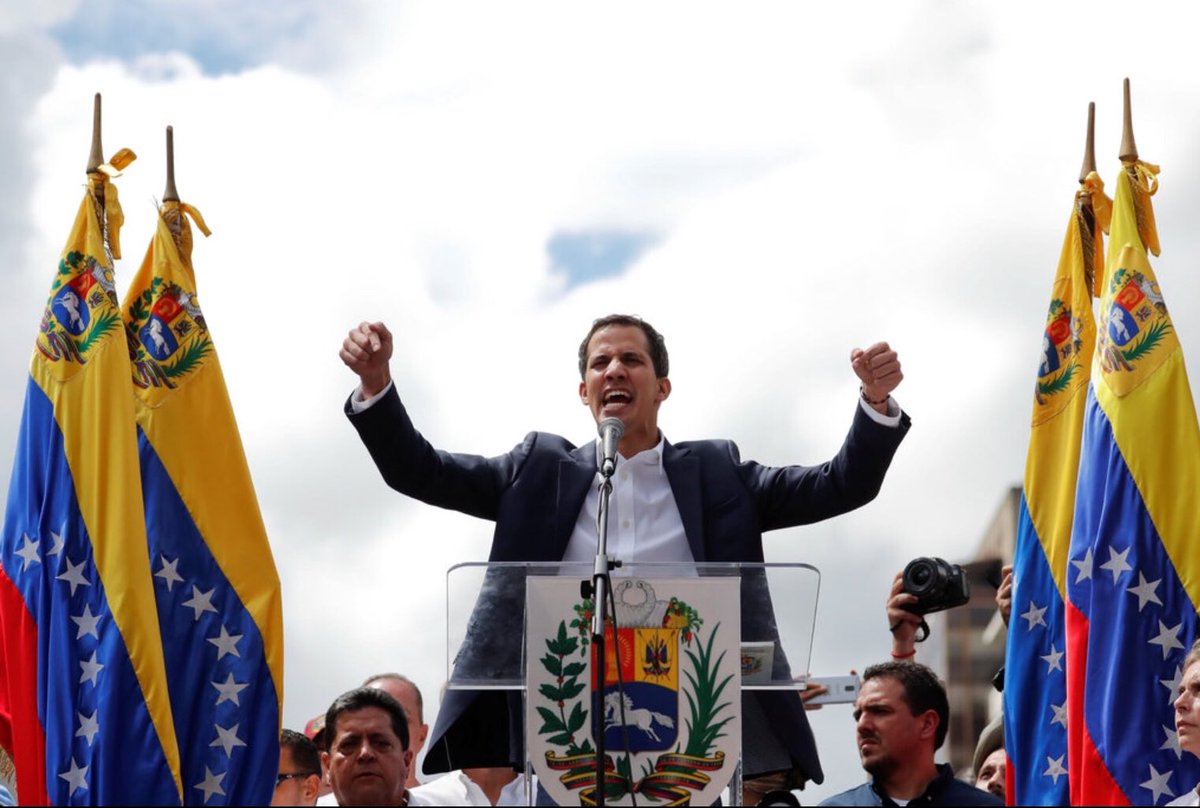 Upholding its decision to recognise opposition leader Juan Guaido as the interim President of Venezuela, the United States of America stated that beleaguered President Nicolas Maduro did not have the ‘legal authority to break diplomatic relations’ with the US or declare its diplomats ‘persona non grata’. 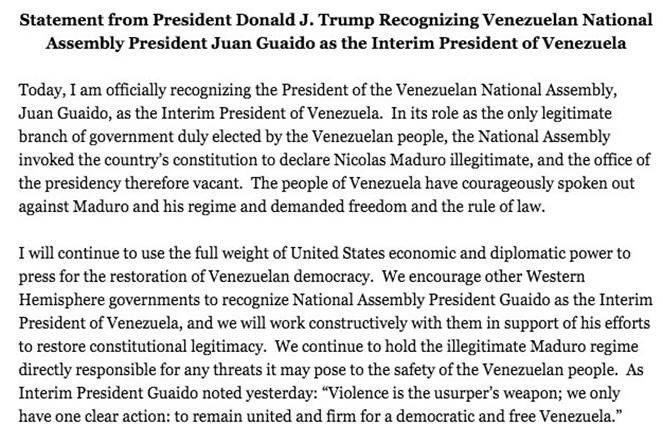 The United States also outlined that it would support Guaido ‘as he establishes a transitional government and carries out his constitutional duties as interim President, including determining the status of diplomatic representatives in the United States and other countries.’

The country also warned that it will take ‘appropriate actions’ to hold accountable ‘anyone who endangers the safety and security’ of the US mission and its personnel in Venezuela, urging ‘all parties’ to refrain from ‘measures that are inconsistent with the privileges and immunities enjoyed by members of the diplomatic community.”

Adding to this, the United States also sounded a security alert for all American citizens in Venezuela, adding that the US Embassy would be maintaining ‘normal business hours.” The US also asked all its government officials to keep all their “preschool and school-aged children home” on January 24 and restricted them from visiting certain neighbourhoods in Caracas.

This comes after Venezuelan President Nicolas Maduro broke all ties with the United States and gave 72 hours to American diplomats to leave the nation.

Massive protests took place all of Wednesday throughout Venezuela, where Guaido swore himself in as the President of Venezuela to cheering crowds. Parallel protests near the Miraflores, in support of Maduro, also took place on the same day.

“Before the people and nations of the world, and as constitutional President…I’ve decided to break diplomatic and political relations with US. Get out! Leave Venezuela. We have (our) dignity dammit!” Maduro told a crowd of red-shirted supporters gathered at the Presidential palace on Wednesday.