Home Global Traveler From prayers to body piercing, Thaipusam is a festival to experience
ShareTweetGoogleWhatsappPrint
Mail

The famous festival of Thaipusam is a very distinct one. From body piercing to strict rituals that are followed to large scale followership – this festival has its own charm. This year it falls on January 21st.
It is largely celebrated by the Tamil and Malayali communities on full moon in the Tamil month of Thai (January/February), usually coinciding with Pushya star, known as Poosam in Tamil and Pooyam in Malayalam. 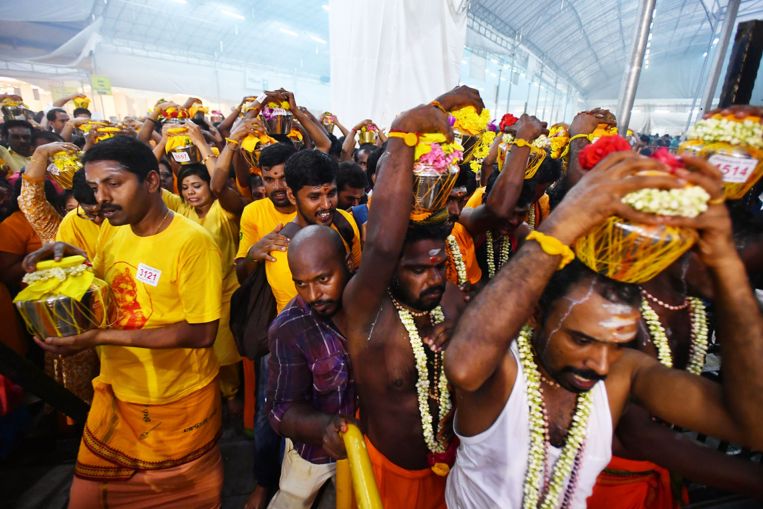 Other than India, countries like Srilanka, Malaysia , Mauritius, Singapore, South Africa, Thailand and Indonesia also celebrate this in full furore. These places have a large Tamil population and hence it is a popular festival here.
In fact, in countries like Malaysia, Srilanka, Mauritius, it is a national holiday.

So, what is the festival all about?
It is a Hindu festival, to celebrate the time when everyone seeks forgiveness from Lord Murugan, son of Lord Shiva. They also pray for good health and peace in the new year.
However, all’s not so simple. This festival has another sight to it, that is an extreme!

As part of the festival’s rituals, many followers engage in acts such as piercing the skin, tongue or cheeks. Some even walk over burning coals. All this is done to show their devotion towards the God. 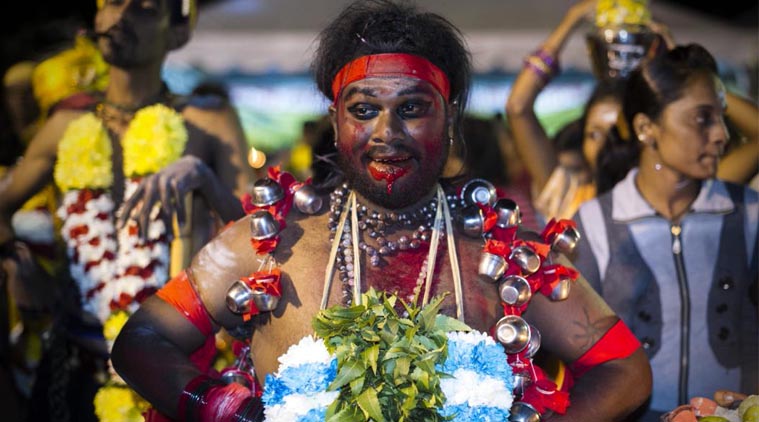 Devotees believe their sins can be cleansed through such acts, while also reaffirming their Hindu faith.
While Thaipusam is only one day each year, devotees begin to fast and cleanse several days before the festival and celebrations go on for several days. 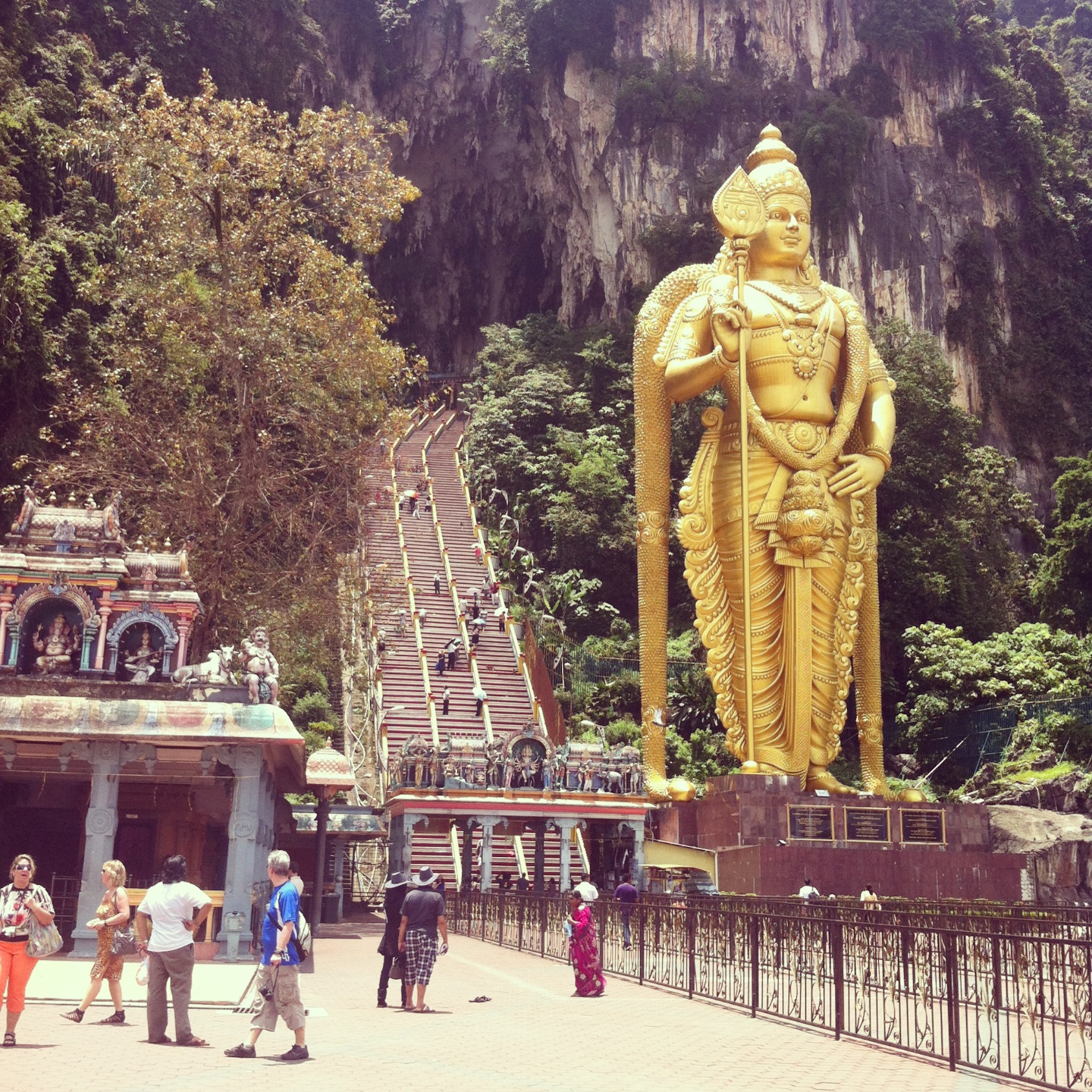 The highlight of the celebrations is the kavadi pilgrimage. It’s a large, colorful procession that takes place early in the morning. Devotees dress in bright orange and yellow, that are Lord Murugan’s favourite colours, chant and go till the temple.
Some carry a kavadi, or offering (often a wooden or bamboo-made structure lavishly decorated with peacock feathers) during the procession. Others simply carry milk pots and fruits as offerings along the way. Many get their faces pierced with metal spikes and have hooks inserted into their bodies while in a trance, as they dance and join the procession. 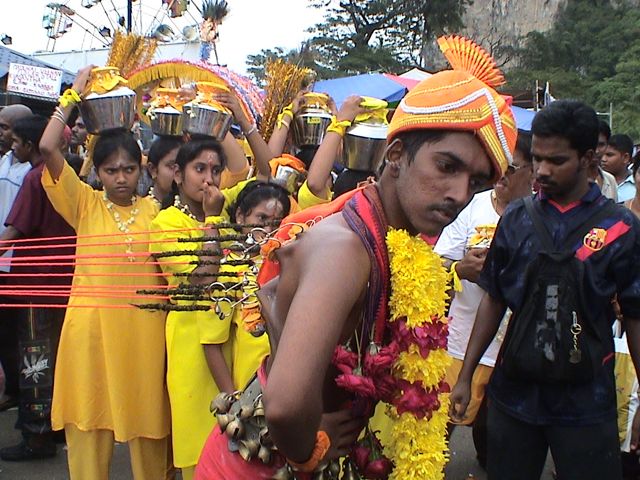 Even in other countries the celebrations are at a large scale. Hindu worshippers, chant and pray as they climb towards the famous Batu Caves, north of Kuala Lumpur.
In Singapore, the ceremony starts quite early in the morning. Devotees make their way on a four-kilometre stretch to Sri Thendayuthapani Temple, forming an unbroken procession of spikes, hooks and milk pots, accompanied with singing and dancing.
At Periyanayaki Temple in Palani, Tamil Nadu, a 10-day event features a variety of events in addition to the procession.
Many also observe a vegetarian diet during the month of Thai.