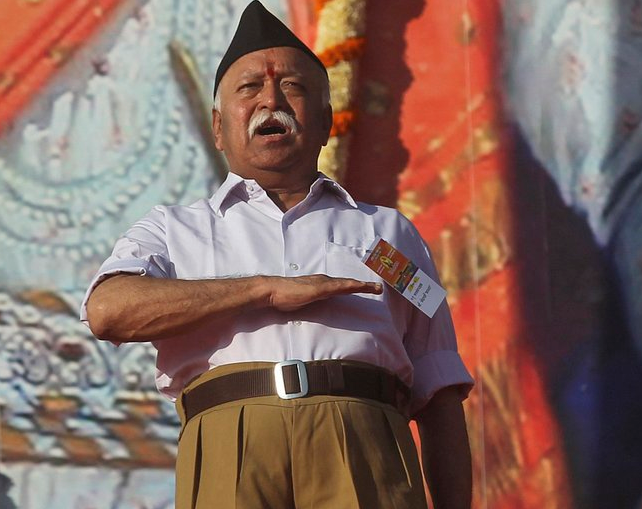 Miffed with the BJP-led government at the centre for the delay in the construction of Ram Temple in Ayodhya, the Rashtriya Swayamsewak Sangh (RSS), mockingly said that the temple will be built in 2025.

ALSO READ: Arun Jaitley in US: Slams ‘Compulsive Contrarians’ in a post

The RSS believes that Prime Minister Narendra Modi led government at the centre would not take needed steps towards the construction of the Ram temple even if they win the 2019 Lok Sabha polls.

The Babri Masjid, built by Mughal Emperor Babur in 1578 in Ayodhya was on December 6, 1992, pulled down allegedly by a group of Hindu activists, claiming that the mosque was constructed after demolishing a Ram temple that originally stood here.

The Lucknow bench of the Allahabad High Court in its September 30, 2010, verdict ordered that the disputed site be divided into three parts – one for deity (Ramlala Virajmaan), another for Nirmohi Akhara – a Hindu sect – and a third one, to the original litigant in the case for the Muslims.

The Ram Janmabhoomi-Babri Masjid dispute case has been pending before the apex court for last eight years. Parties in the case and various right-wing organisations have been asking for an early or day-to-day hearing for a long time.

There are as many as 14 appeals pending in the apex court against the 2010 Allahabad High Court judgement, delivered in four civil suits.

Recently, the Supreme Court fixed January 29 as the next date of hearing in the Ram Janmabhoomi-Babri Masjid dispute after Justice UU Lalit recused himself from hearing the case.